ph
Home > Blog > The Best PUBG VPN for Gaming: What to Look For

The Best PUBG VPN for Gaming: What to Look For

Are geo-restrictions blocking you from the battlefield? With a PUBG VPN in your arsenal, you can blast through the blocks and get back in the game without sacrificing speed or performance. But which VPN is best for PUBG?

Despite overwhelming popularity worldwide, the popular multiplayer shooter is banned in several countries, including China, India, Pakistan, and others. Though these countries may have won the battle, they haven’t won the war. Many players are now using VPNs to unblock PUBG and play anytime, anywhere, and on any device.

Unfortunately, not all VPNs are equal — especially when ensuring smooth gameplay and lightning-fast connections. Read on to find out the best gaming VPNs for PUBG and secure browsing. 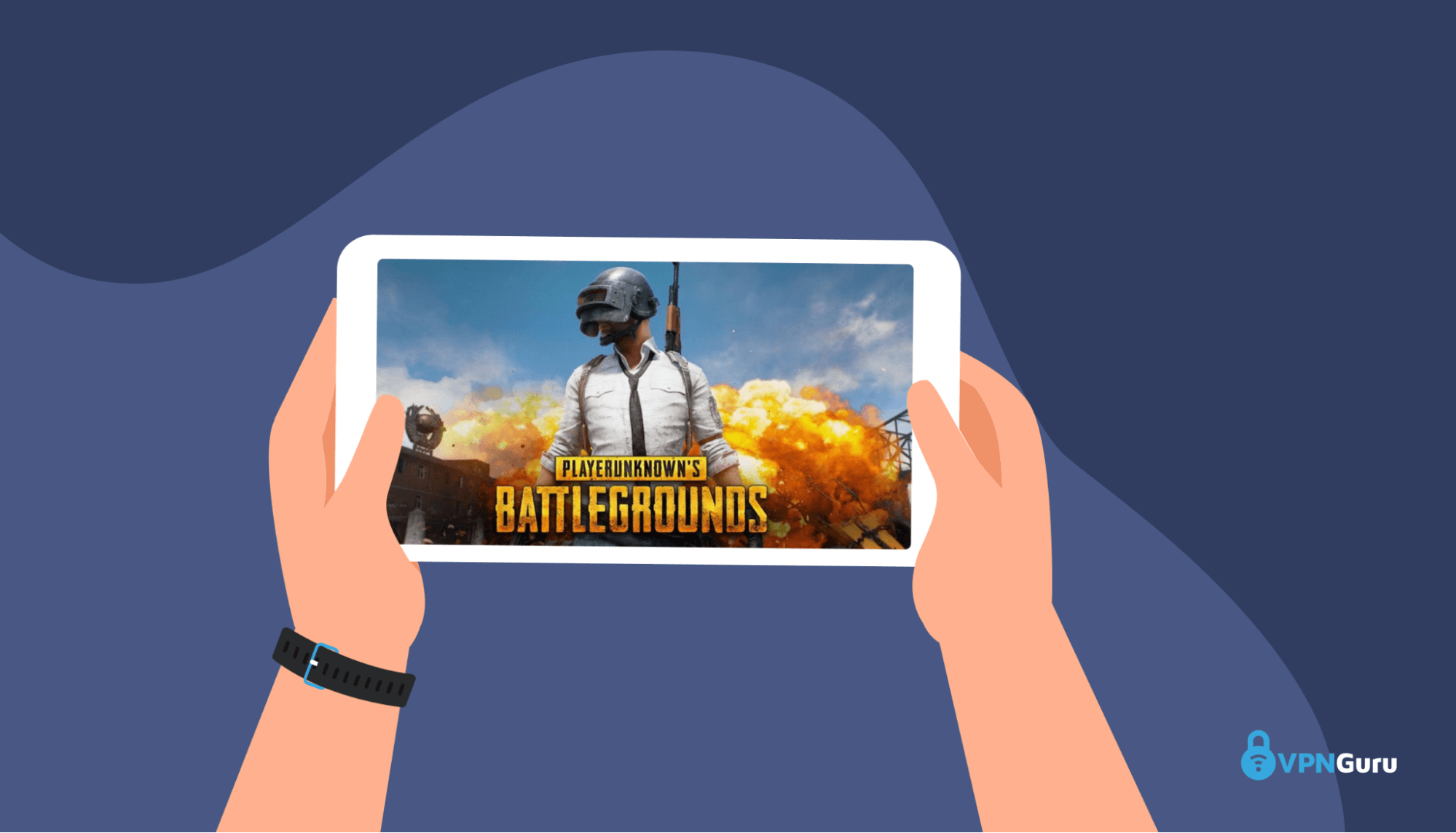 Since its launch in early 2017, PUBG, PUBG Mobile, and PUBG Lite have quickly become the most popular multiplayer shooter games in the world, with real-time player counts often exceeding one million at any given time. In the PUBG game, players parachute into a closed map and face off against each other in a battle royale fight to the death!

PUBG is available for both desktop and mobile devices thanks to its low processing requirements. PUBG Mobile and PUBG Lite are two of the most popular options. While it may be popular with players, it hasn’t been very popular with certain governments.

Why is PUBG banned?

Unfortunately, many countries have banned PUBG, PUBG Mobile, and PUBG. While the game’s violence and bloodshed are usually cited for the ban, countries like Iran have even gone so far as to consider it a national security threat.

Here are just some of the countries that currently ban or have previously banned PUBG:

Some countries, like Nepal and Pakistan, revoked their ban after widespread complaints and petitions. While some other countries are bound to follow, players are tired of the uncertainty. As a result, many players rely on a PUBG VPN to guarantee access.

Do I need a VPN to play PUBG?

You’ll need a VPN if you live in China, India, or any other country that has blocked PUBG. However, a VPN app can do more than just access PUBG. It can protect your privacy, let you browse securely, and unblock even more games and websites that your country bans.

To learn more about how a VPN app can up your game and which is best for PUBG, keep reading or check out our top VPNs.

Why Use a VPN for Gaming? 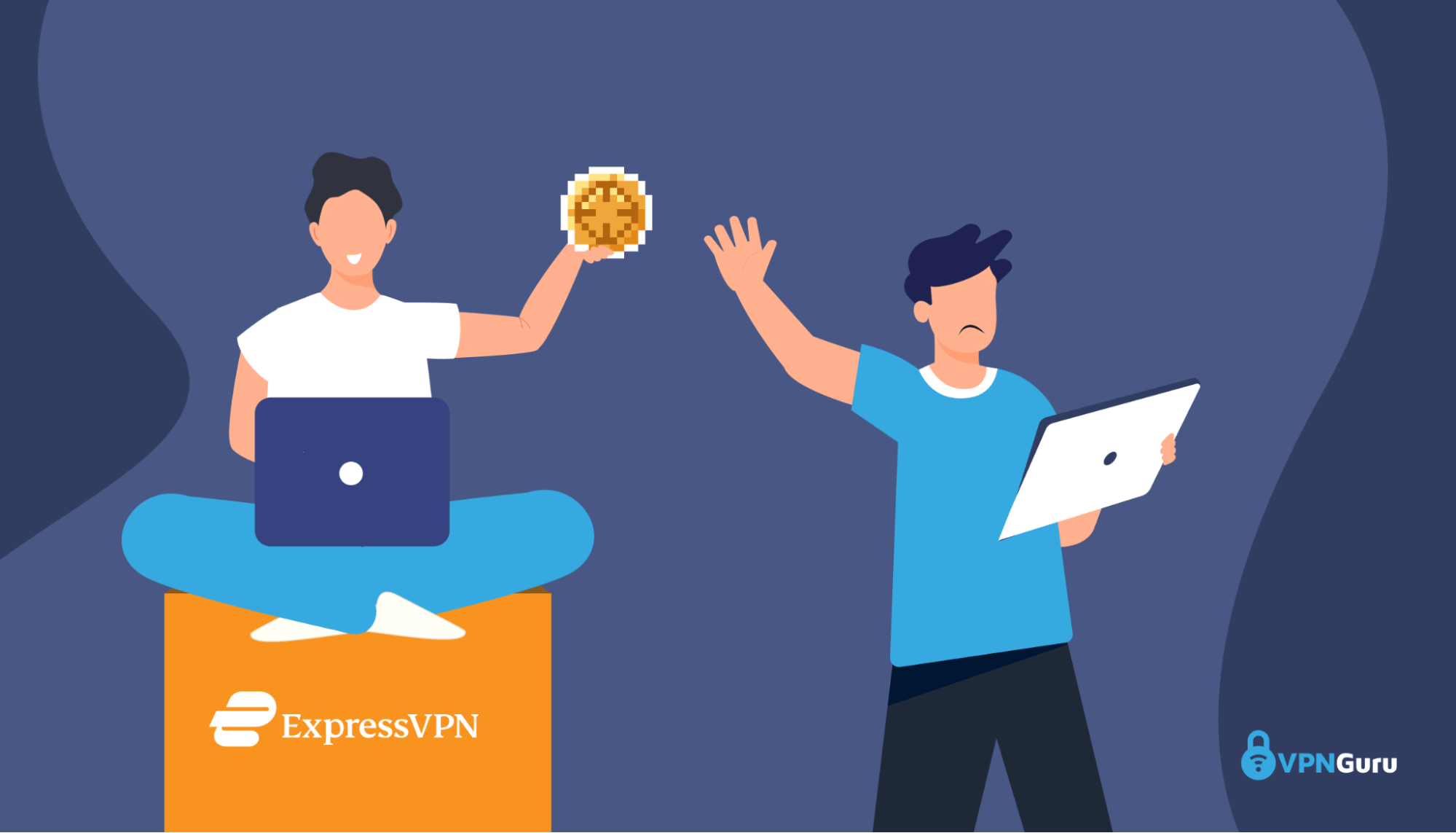 Unblocking games is easy with a VPN. Simply switch to a server in any unblocked country to keep playing PUBG and other games without restrictions. However, these aren’t the only features of a gaming VPN.

VPNs can also unblock other geo-restricted sites and apps, including streaming services such as Netflix. You can even view country-specific content by switching between server locations in your VPN’s network. Combined with strong security and privacy features, you can access almost everything around the Internet while keeping your identity safe.

Using a VPN protects your privacy by routing your Internet traffic through a secure VPN server. This function not only hides your IP address and data from unauthorized onlookers, but it’s also what allows VPNs to unblock websites and games like PUBG.

Evades IP bans for some games

PUBG doesn’t ban players based on their IP address, but many other games do. By using a VPN, you can avoid or evade an IP ban by simply switching your VPN server to a different country.

While you can technically use this technique as many times as there are servers, bear in mind that some games have already banned the IPs of many popular VPNs.

Online gaming relies on high speeds and fast connections to keep up with the competition. 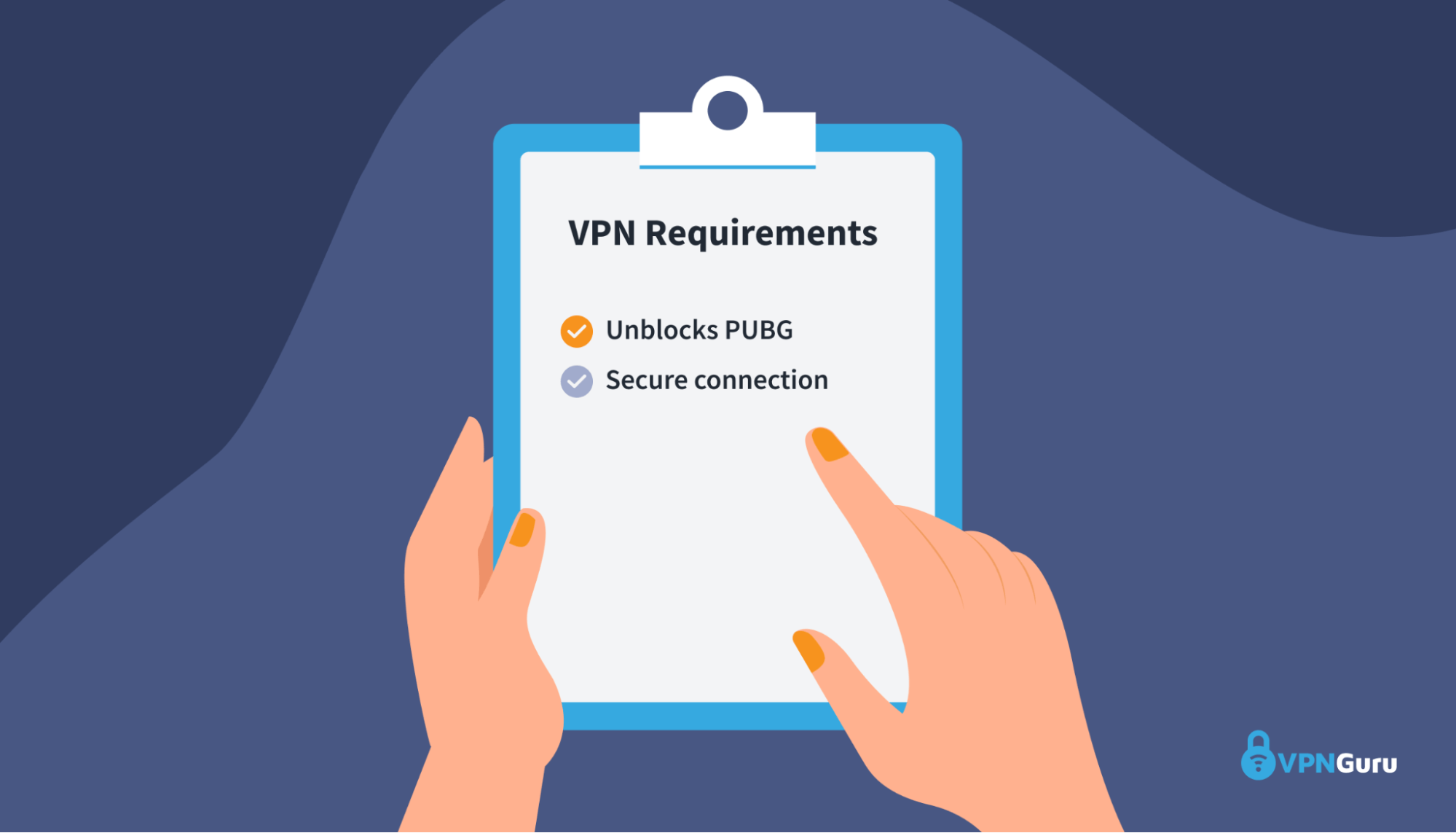 But speed and performance aren’t the only requirements of a good gaming VPN. From unblocking ability to device compatibility, your VPN should unblock your favorite games without sacrificing performance, security, or your budget.

Your choice of gaming VPN should be able to unblock PUBG and your other favorite games.

While this may seem like a no-brainer, some VPN providers don’t work as well in restrictive host countries such as China. As a result, VPN users in these countries should be extra careful to ensure that their VPN choice can unblock what they need.

From timing a well-placed sniper shot to coordinating with team members on a drop-in, high connection speeds are crucial to PUBG and other online multiplayer games. When your game lags, so will your score.

While a VPN will almost always be slower than your regular Internet connection, it’s a necessary evil regarding unblocking PUBG and other restricted content. Thankfully, most leading VPNs have closed in on the performance gap thanks to vast networks of lightning-fast VPN servers.

One of PUBG’s most popular features is its availability on both desktop and mobile devices. Whether you play on just one device or switch between multiple, compatibility is essential when choosing your VPN.

For the full PUBG gaming experience, your VPN should be compatible with any device or operating system you play on. While most leading VPNs cover the most popular devices, it’s still worth checking — especially for PUBG mobile players.

Though you can expect to pay some premium for top-performing VPNs, unblocking your favorite games shouldn’t come at an exorbitant cost. Thankfully, most VPNs are extremely affordable, with even top-rated providers offering significant discounts on long-term subscriptions.

Your VPN should do more than just unblock your game and deliver fast connections. Most VPN providers recognize this. While unblocking and performance are still the most important features of any gaming VPN, be sure to consider how other security features can also benefit your regular browsing habits.

Though there are many great VPNs to choose from, our review captured one that was especially great for PUBG and other online games: ExpressVPN.

With ExpressVPN, you can unblock PUBG, streaming services, and many other websites while enjoying a secure, lightning-fast connection. Read on to learn more about the best features of ExpressVPN and some other great alternatives.

Whether it’s PUBG or your favorite game or website, ExpressVPN has enough servers in enough countries to unblock everything in your arsenal. But it doesn’t just stop at games.

ExpressVPN is also famous for unblocking the vast majority of streaming services, including Netflix, Amazon Prime, Hulu, Disney Plus, and even hard-to-unblock services like BBC iPlayer.

For gamers, however, the unblocking capabilities are unparalleled. From PUBG to Minecraft and League of Legends, nearly any game is instantly accessible at lightning speed.

Boasting over 3,000 remote servers in 160 locations and 94 countries, ExpressVPN leads the pack in server variety and reliability. No matter where you are in the world, connecting to ExpressVPN’s massive VPN server network is the most reliable way to connect to anything from PUBG to Netflix.

Speed is also top of the mark, with most users reporting an average speed of 135 Mbps. That’s blindingly fast compared to other top VPN providers, with speeds averaging around 90 Mbps. In other words, you can expect little to no lag when gaming with ExpressVPN.

Available on both desktop and mobile

With PUBG available on most desktop and mobile devices, flexibility is important.

Thankfully, ExpressVPN is available on every major operating system from Windows to iOS. With a capacity of five simultaneous connections, you can connect all of your devices at once (and then some) and still reap the benefits of one of the world’s most popular VPNs.

Beyond unblocking PUBG and offering lightning-fast speeds, ExpressVPN is also incredibly secure. Featuring military-grade AES-256 encryption and support for most VPN protocols, ExpressVPN’s data and app security features are second to none. Plus, with a range of security features, including split tunneling and protection against DDoS attacks, you can pick which apps will use your VPN.

Other Top PUBG and Gaming VPNs

If you are looking for other great VPNs that also unblock PUBG and offer a variety of features, check out these gaming VPN alternatives. 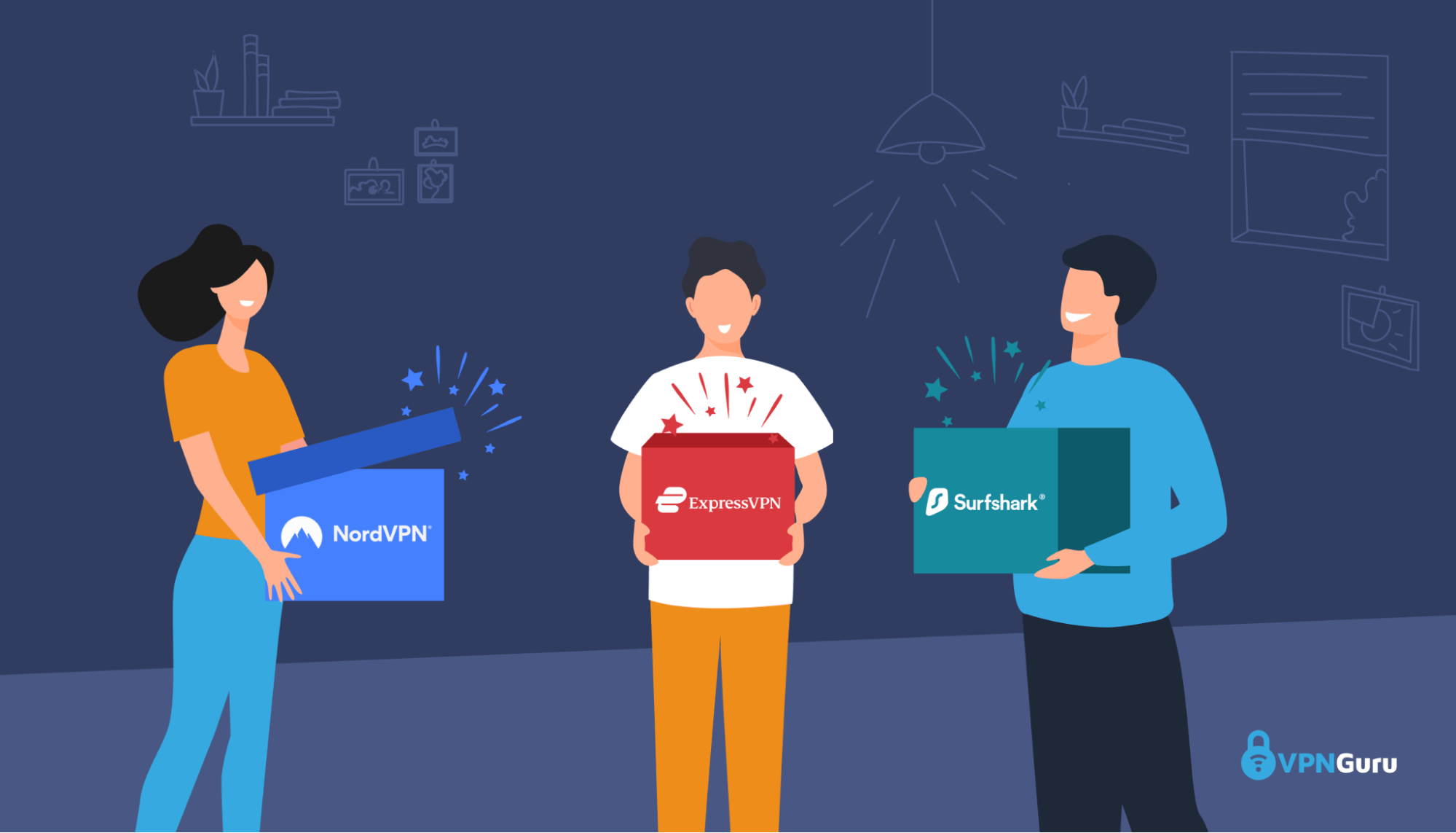 With average speeds exceeding 90 Mbps and over 5,200 servers in 62 countries, NordVPN offers the closest performance to ExpressVPN. Like ExpressVPN, NordVPN also offers military-grade AES-256 bit encryption and doesn’t keep logs, ensuring that your data and privacy will stay secure.

NordVPN offers the closest alternative to ExpressVPN’s higher connection speeds and robust server network. As a result, NordVPN is another great choice for unblocking PUBG and secure browsing, especially for the budget-conscious.

Read more in our NordVPN review.

With over 3,200 servers in 65 countries, Surfshark offers similar performance to NordVPN and ExpressVPN. However, Surfshark stands alone in usability, offering dead-simple setups and user interfaces for nearly every device and operating system.

Though Surfshark also offers the same military-grade AES-256 encryption as ExpressVPN and NordVPN, it’s also unique in its unlimited number of simultaneous connections. Combined with some of the lowest monthly prices in long-term subscriptions, Surfshark VPN is a suitable choice for users with many devices who want a VPN service for the long haul.

Read more in our Surfshark review.

If you want strong unblocking features, look no further. With a whopping 35,000 (yes, thirty-five thousand) VPN servers spread across 84+ countries, Private Internet Access users have unparalleled options for connecting to anything from anywhere. At low monthly prices comparable to Surfshark, it’s another great VPN provider.

Though NordVPN, Surfshark, and Private Internet Access are all superb alternatives, only ExpressVPN consistently offers the lightning-fast speeds essential for gaming. Boasting a wide variety of servers and average speeds exceeding 135 Mbps, you can access PUBG and your other favorite games and websites with little to no lag.

Visit our VPN reviews page to learn about other top VPNs on the market.

The Best PUBG VPN for Gaming: What to Look For