What does a VPN do on an iPhone?

Most iOS users falsely believe that their Apple devices are immune to cyber attacks, malware, and viruses. But that couldn’t be further from the truth.

While iPhones are some of the most secure devices out there, no device is 100% protected from hackers. If you’re using your iPhone to connect to public Wi-Fi networks, you’re exposing yourself to cyber attacks.

A VPN is an extra layer of security, protecting your iPhone from cyber threats. Plus, it can help you access a wider range of streaming options not available in your country.

Let’s take a look at what exactly a VPN is and how it can protect your iPhone.

A virtual private network (VPN) gives you security and safety while online. It makes what you do on the internet untraceable and unseeable for your internet service provider.

Your VPN service can hide your IP address, which ISPs use as an identifier. It does this by rerouting all of your internet traffic through the VPN servers. You’ll receive an IP address owned by the VPN that other users share, so it’s almost impossible for someone to trace it back to you.

Your VPN also encrypts traffic. This stops your ISP and cyber snoops from seeing what you’re doing online, including what websites you visit and what you’re downloading. 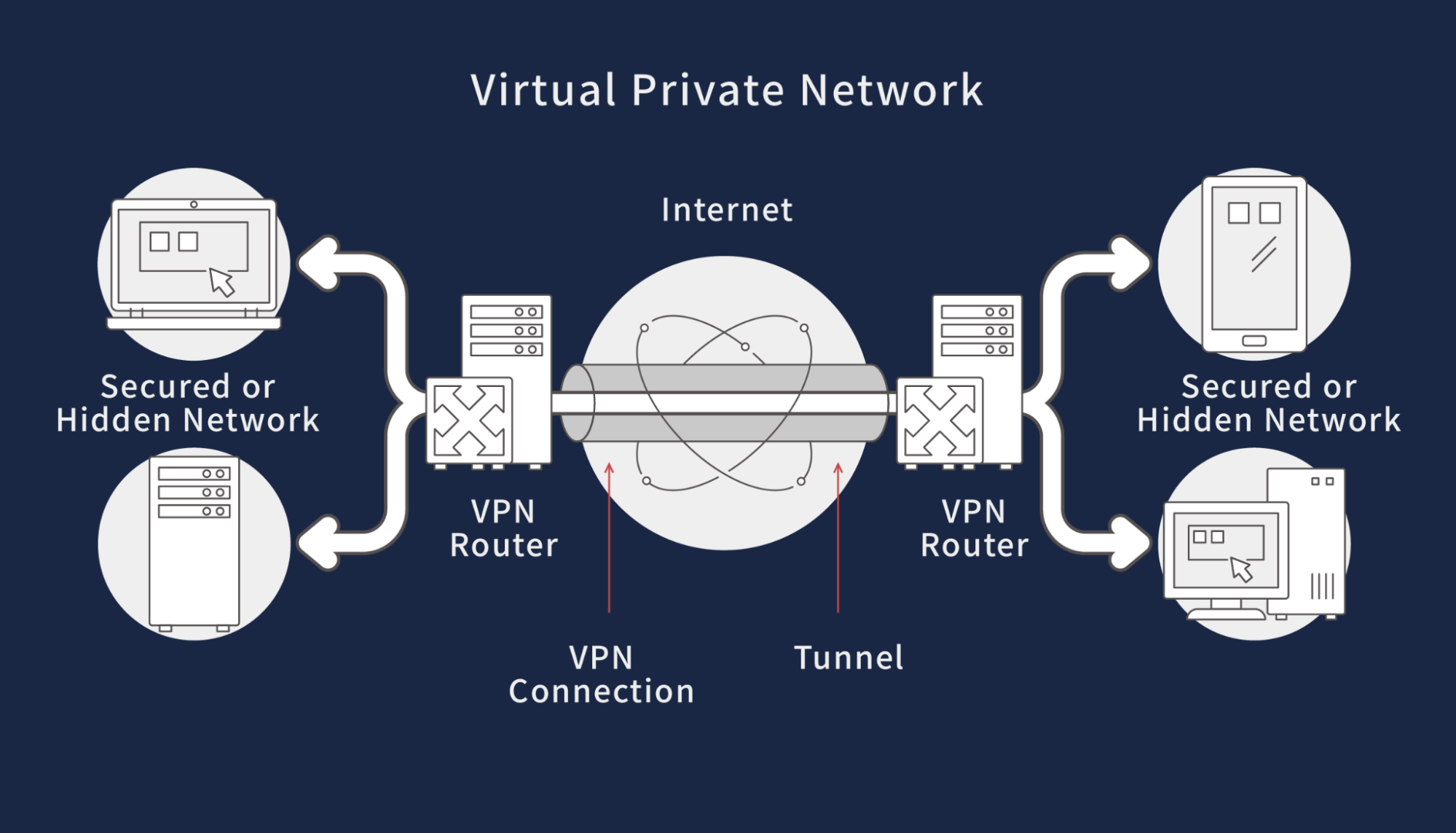 There are hundreds of VPNs on the market, but not all of them work as well as you’d hope. Premium VPNs like ExpressVPN come with security features like double VPN. They also have no-logs policies, keeping everything you do online private.

Conversely, free VPNs do almost nothing to keep you safe online. Instead, they tend to slow down your internet speeds and aren’t consistent with IP masking.

Why do I need a VPN on my iPhone?

While VPNs are commonly associated with computers, most VPNs also have native iOS and Android mobile apps.

Let’s take a look at why you might want a VPN for your iPhone.

The Federal Trade Commission recommends you use a VPN when connecting to public Wi-Fi. This includes when you use your mobile device.

These Wi-Fi hotspots — typically located in coffee shops, schools, hotels, libraries, and airports — are convenient, but they aren’t safe. It’s easy for hackers to see everything you do when connected to one.

It’s simple for hackers to access your iPhone and steal your photos, contacts, and even your passwords. Hacking tools are available for free online. Unfortunately, they’re incredibly easy to get a hold of, so it’s best to take every precaution you can.

When you connect to public Wi-Fi using a VPN, your traffic routes through an encrypted VPN tunnel. This keeps prying eyes from accessing your device and personal files.

If your VPN has a kill switch, it will automatically disconnect from the Wi-Fi should your VPN connection drop. 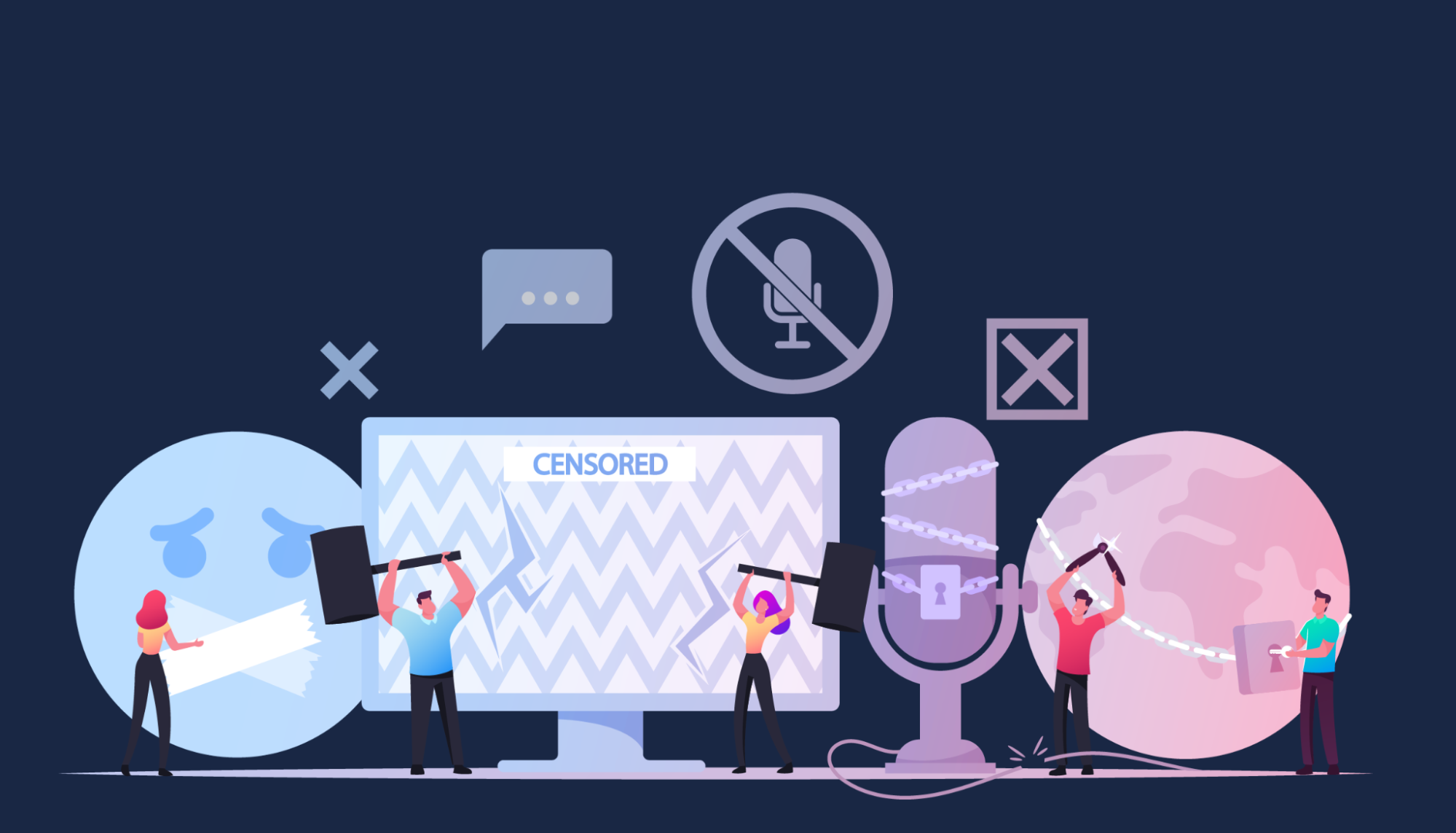 The number one reason people use a VPN on their iPhones is to access geo-restricted content. 57% of mobile users use VPNs to access better TV, movies, and games, compared to 54% of PC or laptop users.

Many streaming services only work in a given country. Hulu, for example, is only available in the United States. So if you want to access its content, you either have to be in the U.S. or make the service think that you are. 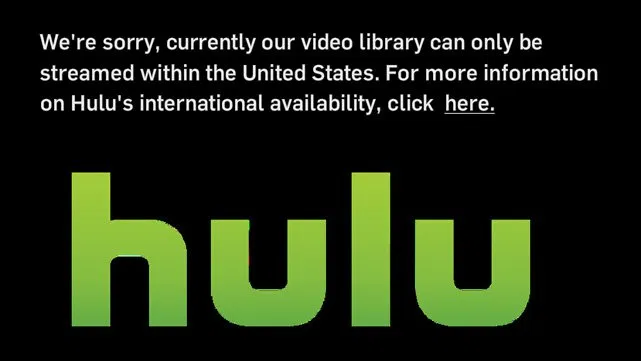 Making your IP address appear as though it is from another country is easy when using a VPN.

Simply connect to one of the VPN servers in the country of your choice, and you’ll be assigned an IP address from that country. You should then be able to unblock whatever you want to watch, depending on the VPN you choose.

Be sure to use a quality VPN provider for streaming. Unfortunately, some VPNs can’t unblock Netflix, HBO Max, and other streaming services, while others are too slow to stream at all. Streaming services don’t want you tricking them, so they’ve rolled out VPN detection software to block access to anyone connected to a VPN server. However, some VPN providers have found ways around this.

A VPN like NordVPN (or any of our best VPNs) will have no trouble bypassing any geoblock you throw at it. Plus, they minimally affect your internet speeds, so you shouldn’t experience excessive buffering.

Many businesses use VPNs to give employees access to files on the office network while they’re home on both mobile devices and computers. This is even more prevalent today, with more people working from home than ever before.

You’ll need to have a VPN Gateway installed in your office for this to work, so there is a bit of an investment needed. However, once it’s set up, there is little maintenance required, and your employees can do their jobs from home with ease.

For a similar setup at home, you could use a mobile application that gives you remote access to your home computer while on the go. This lets you use the entire functionality of your computer from your phone.

How do I install a VPN on my iPhone?

Installing a VPN like ExpressVPN on your iPhone is easy.

First, make sure you have a subscription to ExpressVPN. There are several different plans available, including monthly and annual subscriptions. You also get access to a 30-day money-back guarantee when you sign up for a yearly plan.

After picking your plan, head over to the app store on your iPhone and look for the ExpressVPN app.

Install it on your iPhone, and you’ll be asked to sign in. Once you’re in, you’ll be brought to a screen with a big power button. To quickly connect to the fastest VPN server available, just tap that button, and you’re protected.

To choose a specific server, just find the country you want in the list and connect.

ExpressVPN and other providers make it very user-friendly.

What are the best VPNs for iPhone?

ExpressVPN is our top choice for an iPhone VPN. It has an excellent iOS app that also works on iPad and Mac computers.

It’s one of the fastest VPNs out there, barely affecting your internet connection speed and sometimes even making it faster. This is because it uses 3,000+ servers across 94 countries.

For streaming, there is no better option, as it can unblock just about every streaming service. It can even give users access to multiple Netflix libraries.

There’s a strict no-logs policy, meaning ExpressVPN doesn’t record any data related to your browsing and traffic history. The provider is also located in the British Virgin Islands, a place with strict privacy laws. As such, ExpressVPN makes it impossible for governments or third parties to access your data.

ExpressVPN is a highly recommended premium VPN with lightning fast speeds and some of the best security features on the market. It’s also able to unblock just about every streaming service and packed with features like MediaStreamer, allowing you to watch streaming services on any device.

In our tests, PIA was able to unblock content in Canada, the U.S., and the UK. However, countries in Europe and Asia were hit or miss, giving us inconsistent unblocking and varied speeds.

PIA is an excellent iOS VPN. It connected instantly to servers, and we experienced zero dropped connections during our tests.

One caveat is that the app doesn’t support PIA’s MACE feature, which is a built-in adblocker.

But, when it comes to privacy, PIA shines. Its strict no-log policy is up to par with competitors, and it passed every DNS leak test we performed.

For more information, check out our full PIA review.

PIA has a vast amount of servers, meaning you’ll never deal with overcrowded servers as there are always other options. It’s as secure as other VPNs, and it’s iOS app is fast and easy to navigate.

While NordVPN is a premium VPN, it can be quite expensive, especially at renewal prices.

However, its robust security features make it well worth the cost. For example, its iOS app uses military-grade AES 256-bit encryption, which is almost impossible to decrypt.

The CyberSec feature, which blocks ads, malware, spyware, and trackers, is available on iOS devices across the board.

There are over 5,000 servers in 58 countries worldwide, and each server we tested was able to bypass regional geoblocks. But we found that switching between servers on the iPhone app, particularly servers that are further away, took a while to connect.

DoubleVPN routes your traffic twice, meaning you get double the protection. Perfect Forward Secrecy assigns a unique secret key to your device that changes regularly. If someone were to somehow access your device, they would be locked out as soon as the key changes.

For more information, check out our full NordVPN review.

NordVPN is a premium VPN with higher prices than some of the others on this list. However, it’s iOS app is secure, with military grade encryption. It also has the CyberSec feature, which blocks ads, trackers, and malware, keeping your phone safe.

Surfshark is a relatively new VPN that’s managed to become one of the most popular, and for a good reason.

It offers some impressive discounts for new subscribers, primarily for long-term plans. It’s currently available for 81% off when you purchase a 24-month subscription, for a low price of $2.49 per month.

Surfshark’s industry-leading unlimited simultaneous device connections also make it one of the best.

And when it comes to speed, Surfshark doesn’t disappoint. In our tests, we lost only 10 Mbps when connected to the VPN. However, speeds varied based on the server.

For more information, check out our full Surfshark review.

SurfShark has an outstanding unlimited simultaneous device connections policy. If you have a large household or are just a superuser yourself, this coupled with the low price make it a great deal.

CyberGhost is another highly rated VPN client that supports your iOS device.

Aside from that, most of their offerings are comparable to other VPNs on this list, including military-grade encryption.

When we tested the iOS app, we found that it performed well but was missing out on a lot of the features available for desktop. Split tunneling and adblocking are two things that were stripped from the iOS app.

However, it does have an automatic kill switch, which is useful when connected to public Wi-Fi networks.

For more information, check out our full CyberGhost review.

CyberGhost is an excellent VPN, with an industry-leading 45-day money-back guarantee. It’s another affordable option with a great iOS app, albeit one missing a couple of features like adblocking. However, it’s a great choice for streaming.

Choosing the best VPN for iPhone

Most people could benefit from having a VPN on their iPhone. Even if you don’t need to unblock streaming services, you likely connect to public Wi-Fi networks at least occasionally. And when you do, you need to be protected.

We recommend ExpressVPN, as it’s extremely fast, secure, and user-friendly. However, we’ve reviewed a ton of industry-leading VPNs, and any of them can keep you safe and secure.

What does a VPN do on an iPhone?