Millions of users utilize VPN providers to securely access the internet without worrying about cybercriminals, prying ISPs, and authorities.

Many VPN providers offer free plans with features that claim to be close to or are on par with industry leaders like ExpressVPN or Private Internet Access.

Betternet is one such VPN provider. It offers free apps across multiple platforms, with additional features and an ad-free experience promised on its paid Premium plans.

Despite being a competent free VPN, Betternet’s privacy concerns raise doubts about whether users should trust the provider.

We conducted a detailed Betternet VPN review exploring all of its pros and cons to answer this question. If you’re looking for a quick answer on trusted VPNs, we’ve also listed five alternatives that you can explore right away. 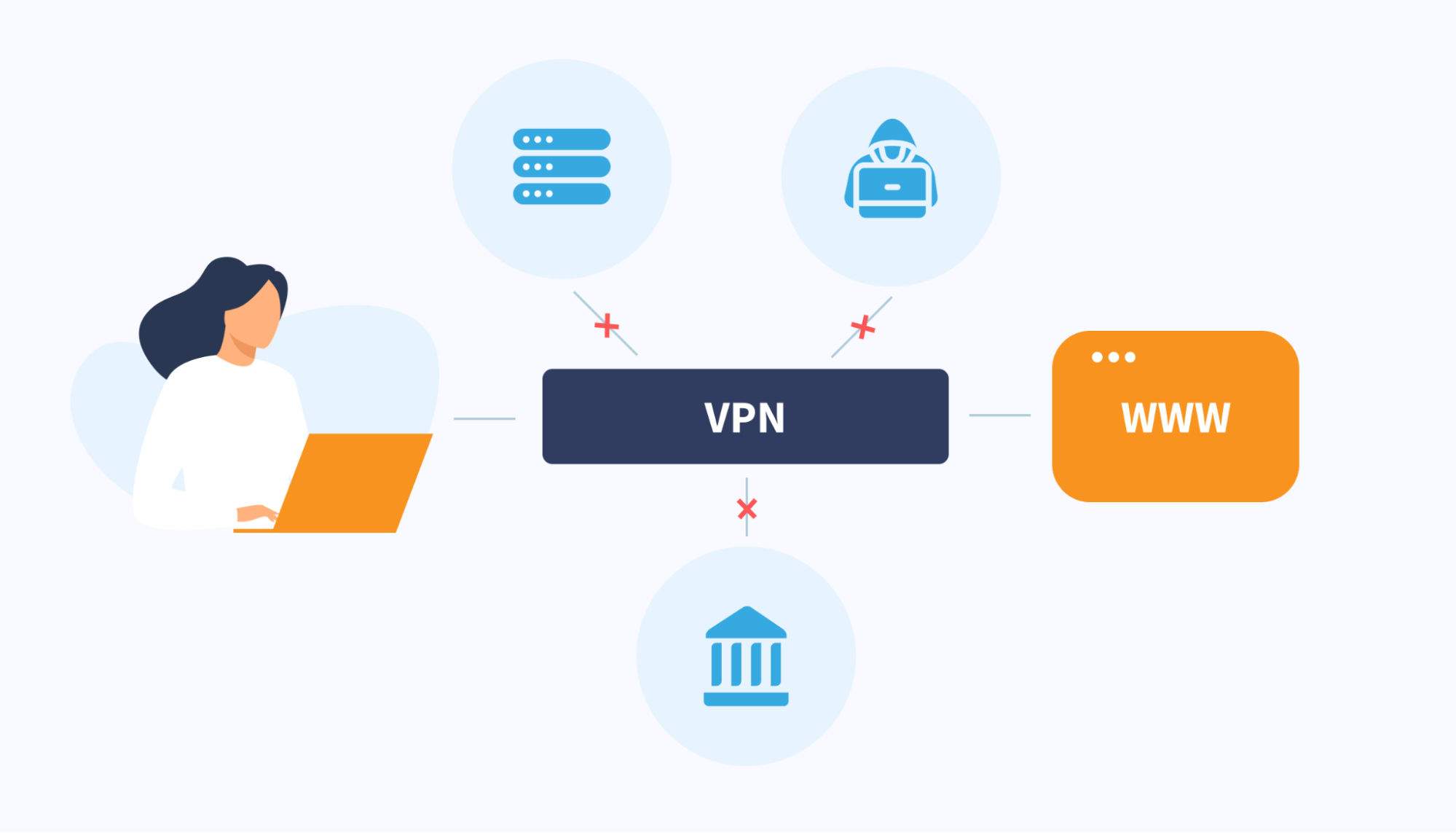 Every time you connect to the internet, your internet service provider (ISP) can track your activity and collect data using your IP address. ISPs can use this address to identify you and what you’ve been doing online.

In some countries, like the U.S., it is actually legal for your ISP to sell anonymized user data to third parties for profit.

A virtual private network (VPN) is software that encrypts your connection to the internet. Essentially, you can connect to multiple different servers to get a different IP address each time you access the web.

Your connection is also encrypted and protected, so hackers, ISPs, or overbearing authorities, won’t be able to access your information.

What to look for in a VPN

When choosing a VPN, you should look at the following factors:

Betternet is an American VPN service provider with free and paid apps that millions of people use. While the app is free and has some decent features, it’s not without its flaws.

Let’s check out some of the Betternet VPN pros and cons. 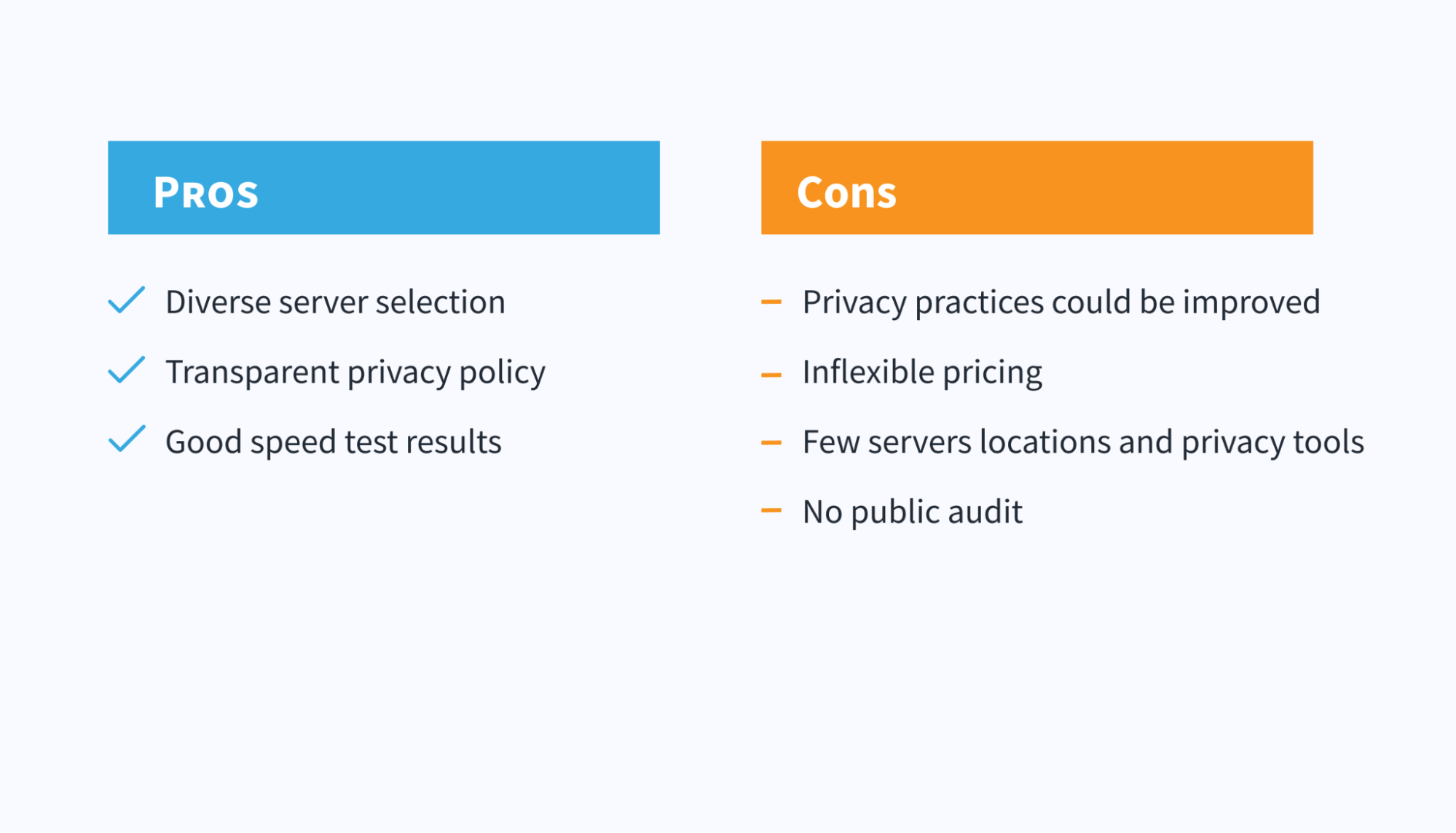 Betternet uses AES-256 encryption, so users don’t need to worry about their data being leaked. AES-256 is the highest level of encryption and is considered by industry experts to be impossible to crack.

Tests also showed that Betternet had no DNS or IP leaks, meaning there’s no chance that your ISP can track your activity. 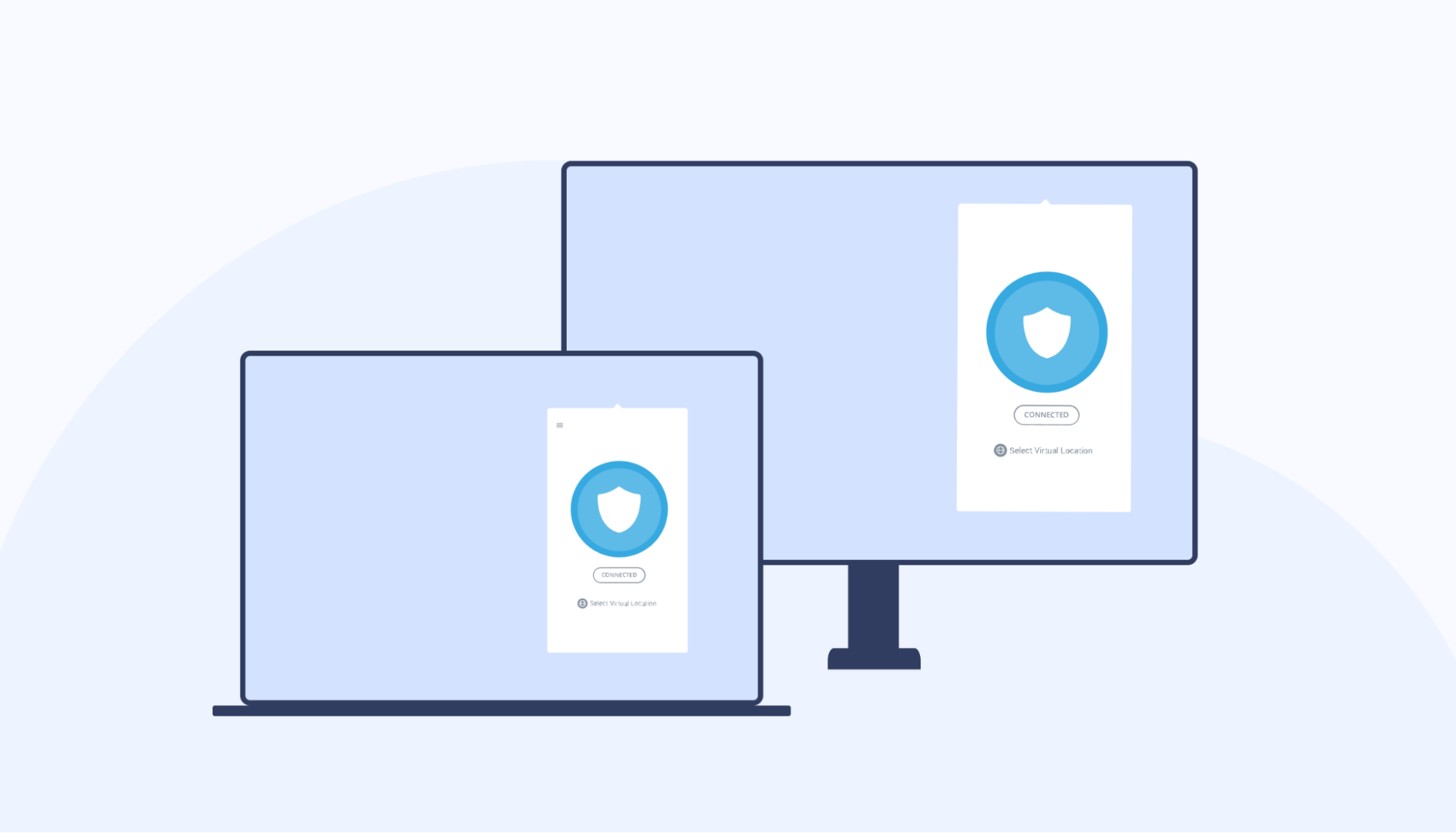 One significant advantage of using Betternet is that it has free Windows, Mac, Android, and iOS apps, so no matter what device you use, you can connect to a VPN. It also offers a Google Chrome browser extension.

The apps have an intuitive UI and are easy to navigate. Free users can automatically connect to a predefined server, while Premium users can select from 10+ server locations.

Betternet’s apps let you access all the basic features of a VPN, such as unblocking streaming sites and competent privacy measures, all without any payments or registration.

This is an excellent app for avoiding ISP tracking and maintaining online anonymity.

But, there are limits in place that push you to pay for the Premium service.

For example, on the Windows VPN app, you can only use the “Auto | Limited Speed” connection option, where you don’t get to pick a location and have a 500 MB free data limit. Only Premium users have access to unlimited bandwidth and the choice to switch server locations.

If you want a VPN for general use, Betternet is a good choice. But intensive use might warrant a Premium subscription or a more advanced VPN, such as ExpressVPN or NordVPN.

The free VPN service’s Android app also has intrusive video ads. Some users have complained that these ads often interrupt their connection.

Since Betternet has basic privacy and security measures, you can use it for peer-to-peer (P2P) sharing or torrenting as it’s more commonly known.

While there’s no indication of P2P support on its website and no P2P-optimized servers like other VPNs, like Surfshark, it doesn’t block any torrenting sites, and users can still use it for P2P sharing.

Free users have a 500MB cap, so they can only torrent small files, while Premium can enjoy the benefits of unlimited bandwidth and data.

The Betternet app’s latest update includes a kill switch, which plays a crucial role in maintaining your online anonymity.

A kill switch automatically disconnects your internet connection when your VPN connection is lost or interrupted. So, if you’re recovering from a power outage and it takes 20 seconds for your VPN to reconnect, your ISP can’t track your data even during that small amount of time.

Betternet offers a kill switch in both its free and paid apps.

Betternet’s features are impressive for a free VPN, but there are still a few issues: 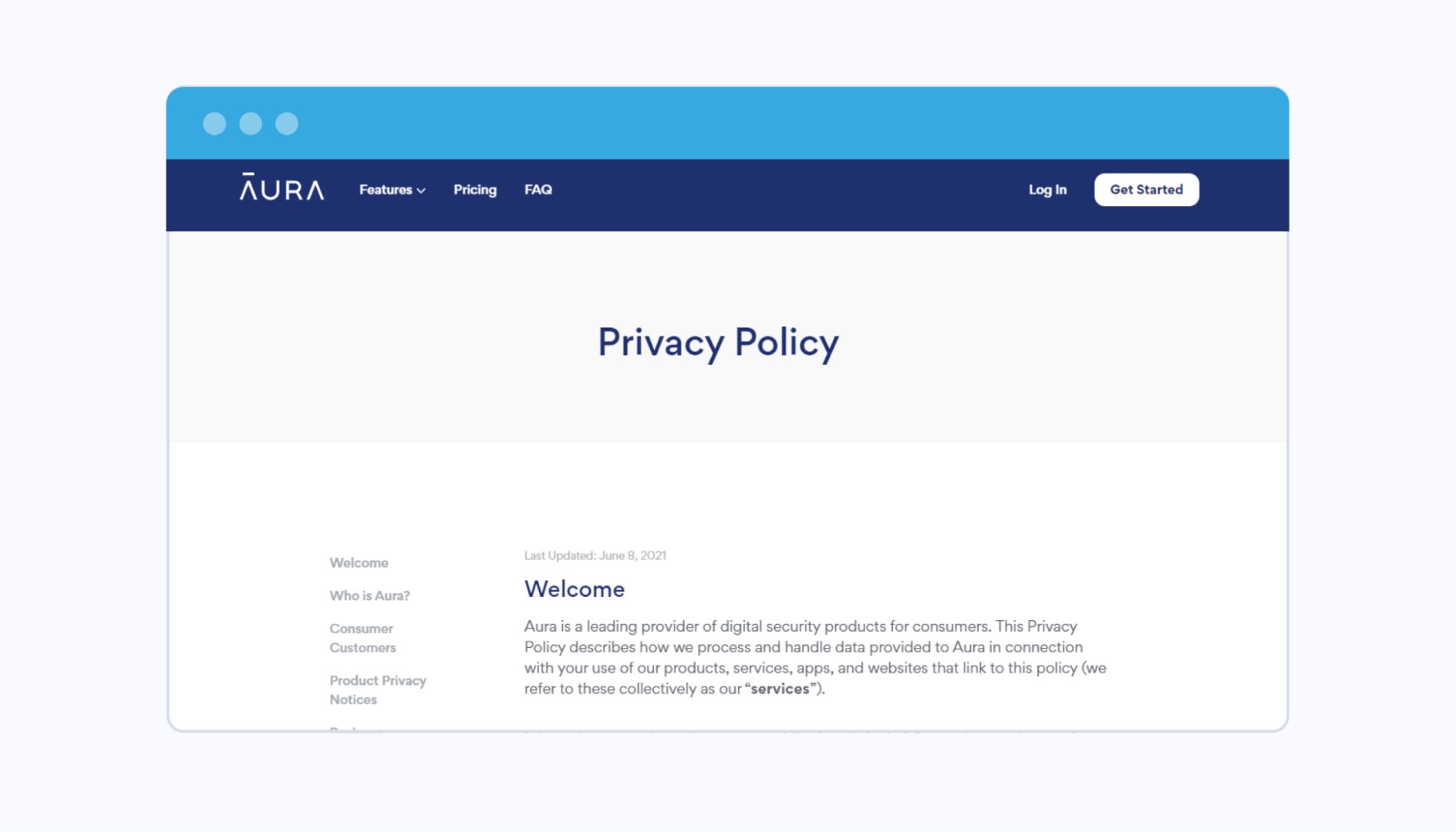 The biggest concern for Betternet users is that the company is based in the U.S., which is a Five Eyes member.

Five Eyes is an intelligence alliance that allows Australia, Canada, New Zealand, the United Kingdom, and the United States to share information.

VPNs based in these countries could be forced to provide access to your data, even if it’s encrypted. This might not be a deal-breaker for some users who utilize a VPN for basic browsing.

This is far too much information for a VPN client to collect. Most high-level VPNs like ExpressVPN and Surfshark have strict no-logs policies and do not collect any of the user data mentioned above.

Betternet claims to unlock geo-blocked content on streaming sites with its Premium plan, so you can watch global content without interruptions.

Unfortunately, it does not work on most major streaming platforms, including Netflix, Amazon Prime, BBC iPlayer, and Hulu.

Moreover, the provider’s inconsistent speeds could hinder streaming experiences, even if you manage to access a streaming site.

Free users might find it particularly hard to stream any shows or movies because of the data limit, inability to change server locations, and limited speeds.

This might be because all free users are automatically connected to the same server with no option to change, leading to a server overload.

Server overloads lead to slower download and upload speeds. Many users could struggle to even establish a connection or face consistent connection drops. All of these make for an unpleasant experience, especially during peak hours.

As stated earlier, Free users cannot change servers. But even Premium users have access to a limited server network.

Betternet has a network of around 100 servers spread across just 10 server locations. This is a relatively small network compared to VPN giants. ExpressVPN, in comparison, offers 3,000+ servers across 94 countries.

A smaller server network increases the chances of server overload. With an extensive server network, users can just switch to a different option if the server they’re using has speed or connection problems.

Since even minor VPN issues can lead to compromised data, your VPN provider must provide rapid customer support.

Betternet falls short here. The provider offers no immediate customer support for free users. They can either use Betternet’s help center to get answers or submit a request with no definite response time.

Premium users get access to 24/7 tech support, but only via email.

Betternet VPN offers a limited Free plan with a 500 MB data cap and one server to connect to.

You can unlock all of its features with the annual Premium plan that costs $7.99 per month, billed as a one-time yearly fee of $95.88.

It also has a monthly Premium plan that costs $12.99 per month.

While the monthly plan aligns with industry averages, the annual package is quite expensive compared to market leaders. By comparison, NordVPN’s annual plan costs $4.92 per month, Private Internet Access‘s yearly plan is $3.33 per month, and CyberGhost is $3.99 per month.

All three of those providers offer a lot more features and have even cheaper two or three-year plans.

If Betternet VPN does not seem like the best choice for you, you can check out our top 5 alternative providers:

ExpressVPN is arguably the most popular VPN on the market today. It offers all the basic features of a VPN, such as a kill switch, AES-256 encryption, unlimited bandwidth, and IP address masking.

The most notable feature is its TrustedServer technology, which is unique to ExpressVPN. This technology ensures that all servers are RAM only, which means no user data is ever written on a hard drive.

Even if authorities request data or, in the worst-case scenario, cybercriminals gain access to ExpressVPN’s servers, there’s no data for them to steal. It also prevents hackers from installing backdoors onto servers.

You can find out more in our comprehensive ExpressVPN review.

Surfshark is another popular VPN that blocks ads, trackers, malware, and phishing attempts. The provider does everything a VPN is supposed to do but has other benefits.

Standout features include a NoBorders mode (which allows users to connect to a VPN in restrictive regions), a Camouflage mode (where even your ISP can’t tell you’re connected to a VPN), and the ability to use unlimited devices on one subscription.

Learn if this provider is the best for you in our Surfshark review.

Read our NordVPN review to see why everyone loves this provider.

Private Internet Access (PIA) was one of the first VPNs to gain global recognition, and it’s definitely stood the test of time. It has a never-ending feature list, 24/7 support, affordable plans, and multiple connection protocols — all of which make it a top-notch provider.

CyberGhost might not be as popular as the other providers on this list, but it offers all the same features to hide your IP, encrypt your data, and provide unrestricted access to global content. It offers 7,600+ servers in over 91 countries.

See if this provider is the right choice for you in our CyberGhost review.

Betternet VPN is a good choice for basic VPN users who are looking for a free plan. While the plan is limited, it can still be used for generic browsing.

If you want a top-notch VPN that goes beyond the basics, offers blazing speeds and has no privacy issues, then ExpressVPN is your best. And it’s priced affordably too!

If Betternet isn’t right for you, don’t give up the search. The experts at VPNGuru have reviewed many popular VPNs, so you can pick the best one that suits all of your needs.