Turbo VPN Review: Know These Before You Try

VPNs are becoming a standard measure that most users take to maintain online privacy and secure themselves against cybercrime.

Despite a rise in usage, only 36% of users paid for a VPN in 2019, with a majority of users choosing free providers instead.

Turbo VPN was among the most popular free VPN providers for Android and iOS devices. It has since launched apps for Windows and Mac as well.

This Singapore-based company’s claim to fame is the offer of unlimited bandwidth for free.

While it provides decent speeds, privacy is a major concern for some users due to the lack of a kill switch and a questionable privacy policy.

Rather than letting you explore a risky VPN by yourself, we took the bullet for you and did a deep dive into this VPN provider to create a fair and comprehensive review. 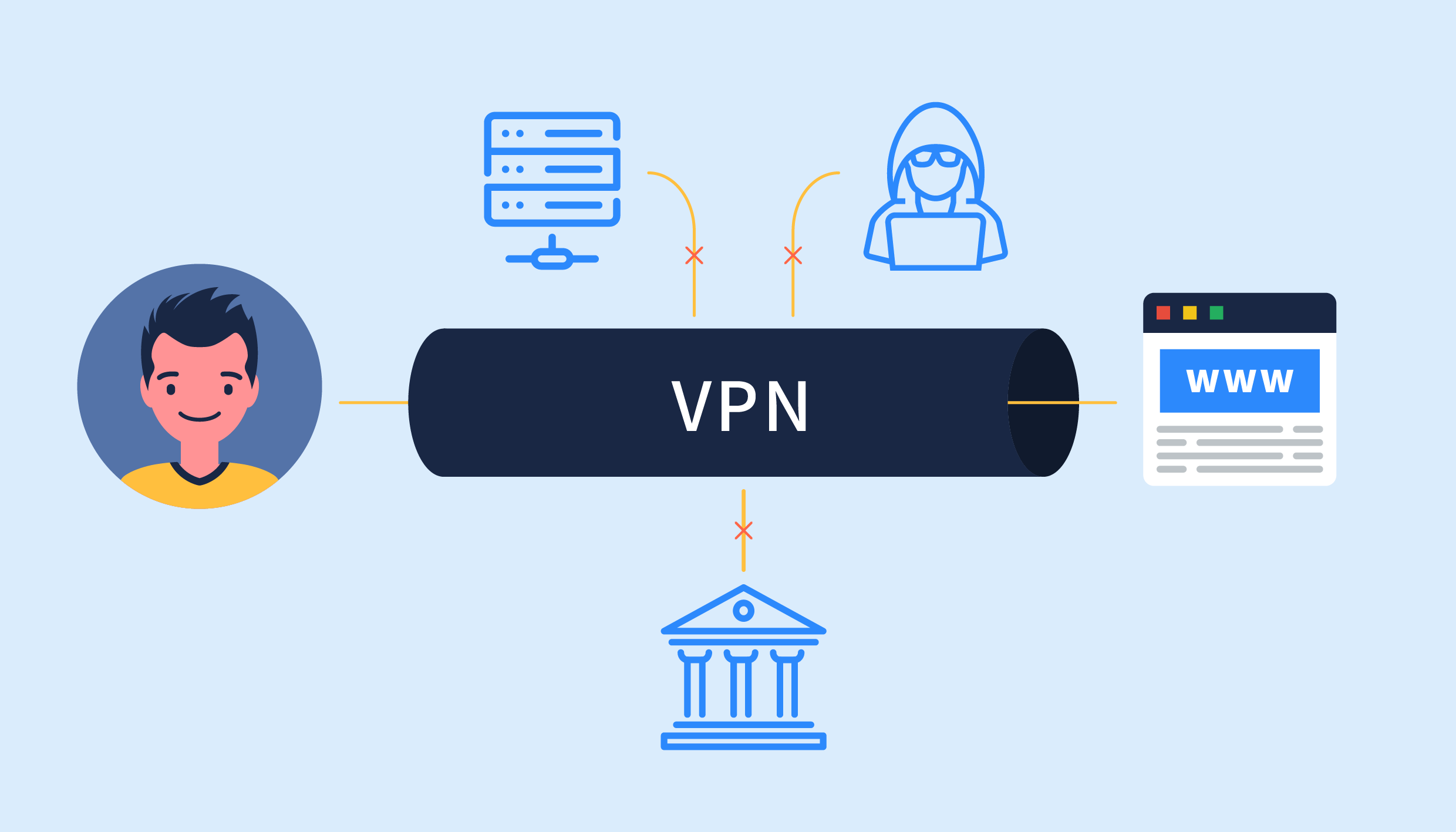 Your Internet Service Provider (ISP), aka the company that provides your internet connection, keeps track of your internet activity via your IP address. In many countries, your ISP can also sell your data to third parties. Hackers and government agencies can also access your data.

So, there’s only one way to ensure that your every online move isn’t logged and your data (including passwords and sensitive information) is safe: using a Virtual Private Network (VPN).

A VPN is an encrypted tunnel through which you connect to the internet. When you use a good VPN, your encrypted data will look like random letters and numbers to any third party, including your ISP. There are no logs of your browsing history.

VPNs use several different protocols to secure your connection. The most popular being:

PPTP was the first VPN protocol and, thus, uses really old security measures. Gradually, both security and speed improved with protocols like OpenVPN, IKEv2, and WireGuard.

The development of these protocols has drastically improved what a VPN can do without compromising speed, security, or privacy.

What to look for in a VPN

Here are seven defining factors to consider when choosing a VPN:

Is Turbo VPN right for you? 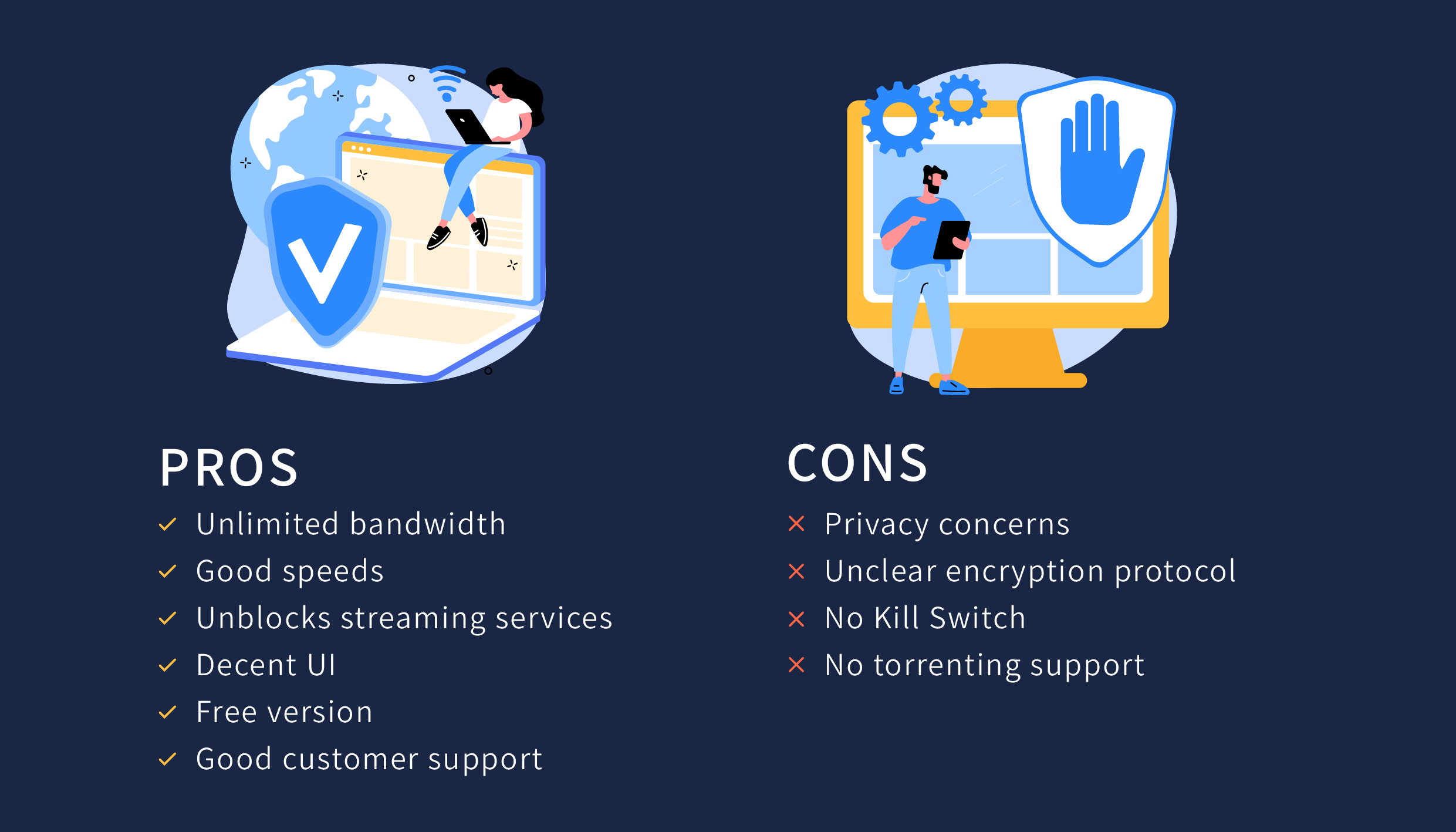 Turbo VPN is a free VPN service that provides all the basic features. It has been downloaded over 100 million times on the Google Play Store. But does this popularity translate into actual functionality? Let’s find out!

Turbo VPN promises unlimited bandwidth via 14 servers, even for its free apps and plans. This is the main selling point, and it’s quite an impressive one.

Most free VPNs compromise on bandwidth to force users to opt for their paid plans; this is not the case for Turbo VPN.

A free and secure VPN enables users to unblock restricted content, websites, and apps, without breaking the bank.

Turbo VPN provides good speeds across the board. Speed tests for the free version showed that it reduced download speeds by around 20%, which is still enough to stream videos without constant buffering in most cases.

The speed did slow down for some U.S. servers during peak hours. This is likely a result of server overload since the free version offers limited server locations.

Choosing a paid plan eradicates most speed issues since it unlocks 21,000 servers across 45+ countries.

Turbo VPN is a rare free VPN that enables access to sites like Netflix, the BBC iPlayer, etc. Just keep in mind that this largely depends on the server you’re using.

Once you opt for a paid plan, there are no problems with accessing a majority of streaming sites and enjoying content from all over the world.

Both the mobile and desktop clients of Turbo VPN have a colorful, dynamic UI that treats the eyes. It’s easy to navigate.

You get a pretty minimalistic UI with an orange bunny and a carrot button on the Android app. Clicking on the globe at the top right corner allows you to choose your server, and clicking on the carrot connects the VPN. 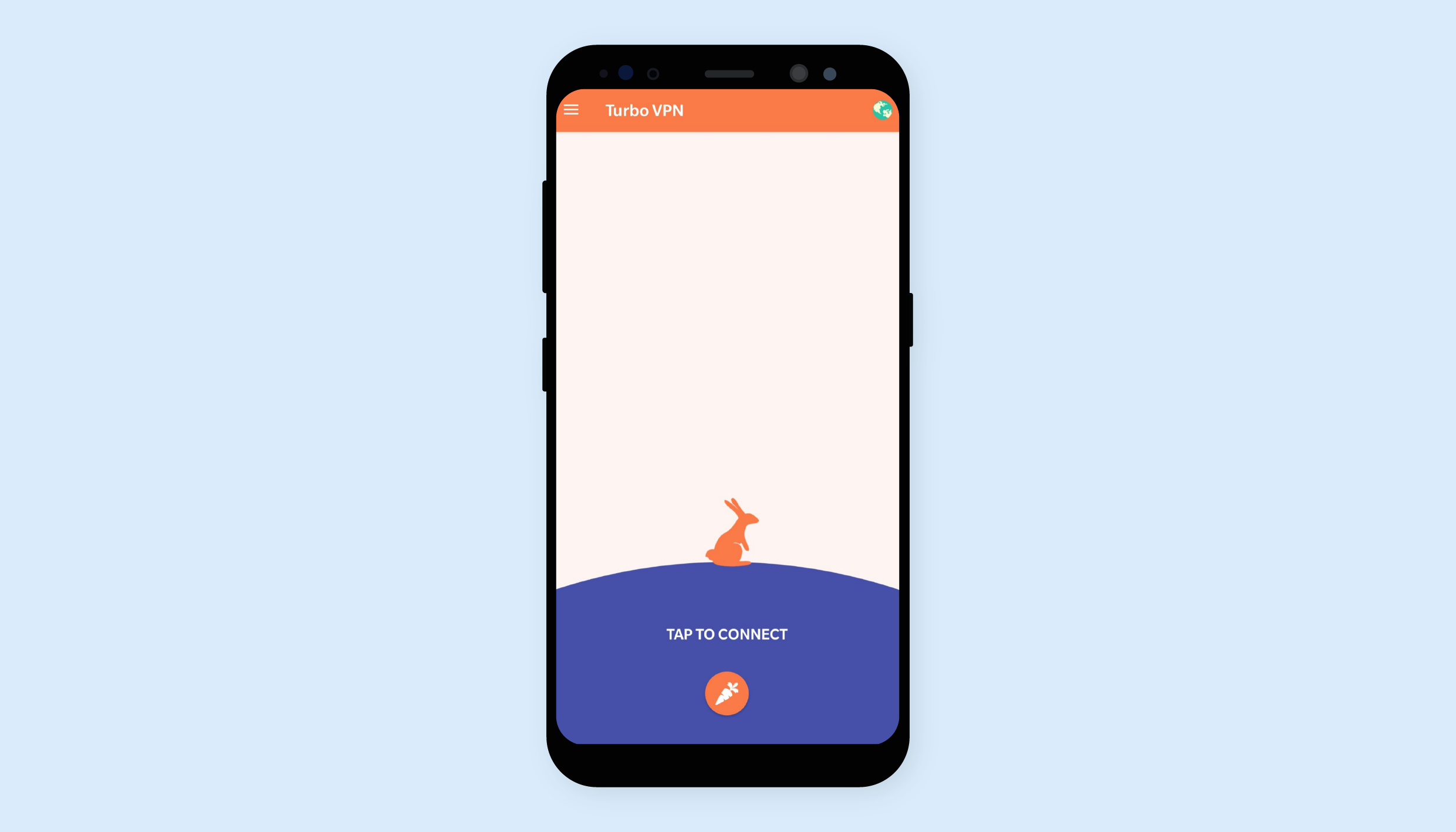 Once connected, you can see your revised IP address and how long you’ve connected for. To change servers, you can click on the flag at the top of the screen. You can disconnect by clicking the orange stop button on the bottom right.

The desktop apps work similarly. They follow the brand colors and make it easy to connect and disconnect at will.

This goes without saying, but Turbo VPN’s popularity comes from offering competent features for free.

Most VPN providers don’t have this option. It’s worth noting that the free version does have ads. The provider says the ads help them pay for the services they offer. The paid plans do not have ads.

The Turbo VPN app is super easy to install on devices, and you can protect yourself with a VPN connection in just a few clicks.

On the apps, you only have a limited FAQ page and the option to send an email to customer support.

However, if you need quick assistance, there is a live chat on the Turbo VPN website. Opening the live chat gives you access to an FAQ article related to your query, but more importantly, you can talk to a live support agent.

Again, for a free VPN, this is a great feature. 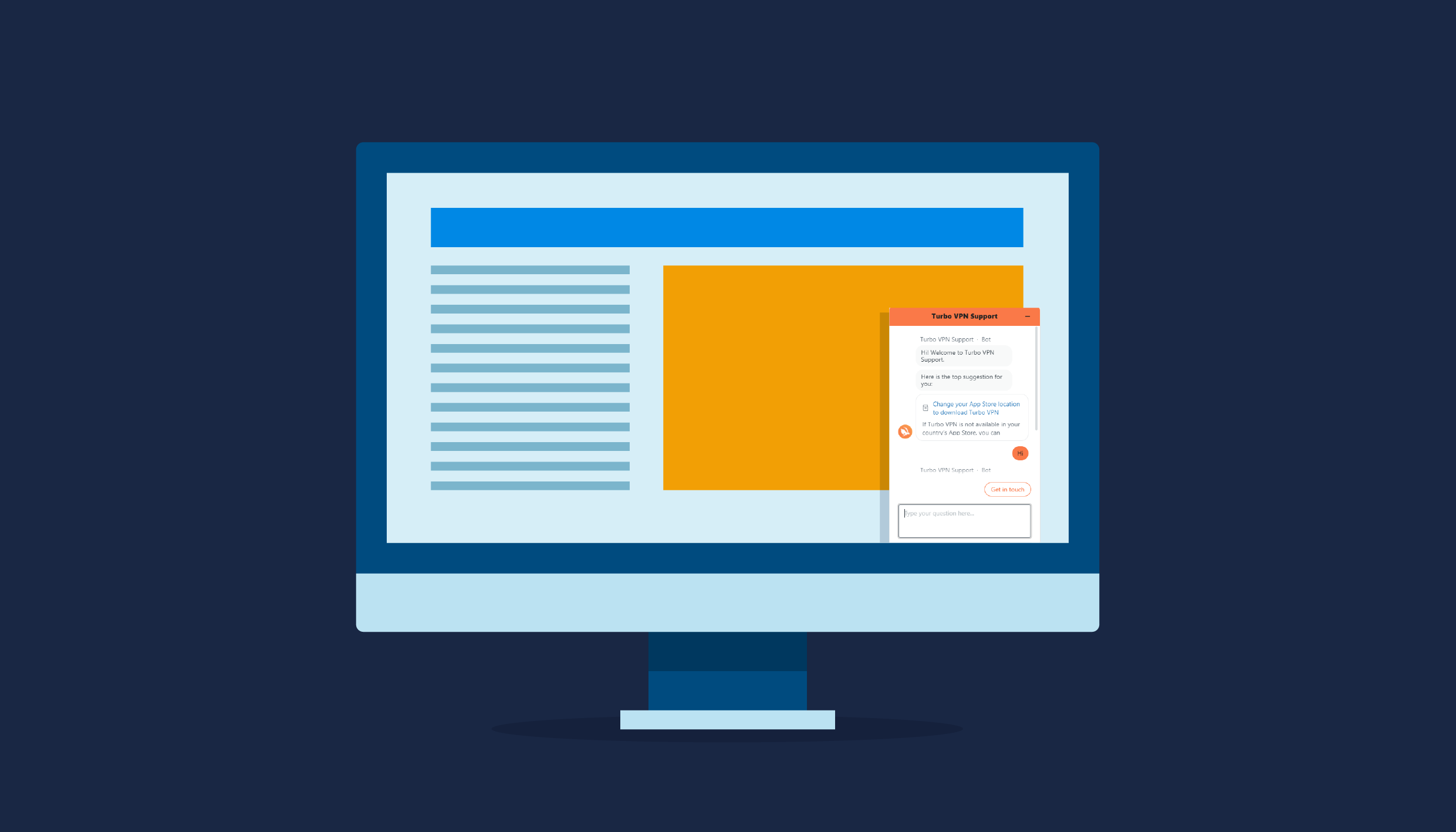 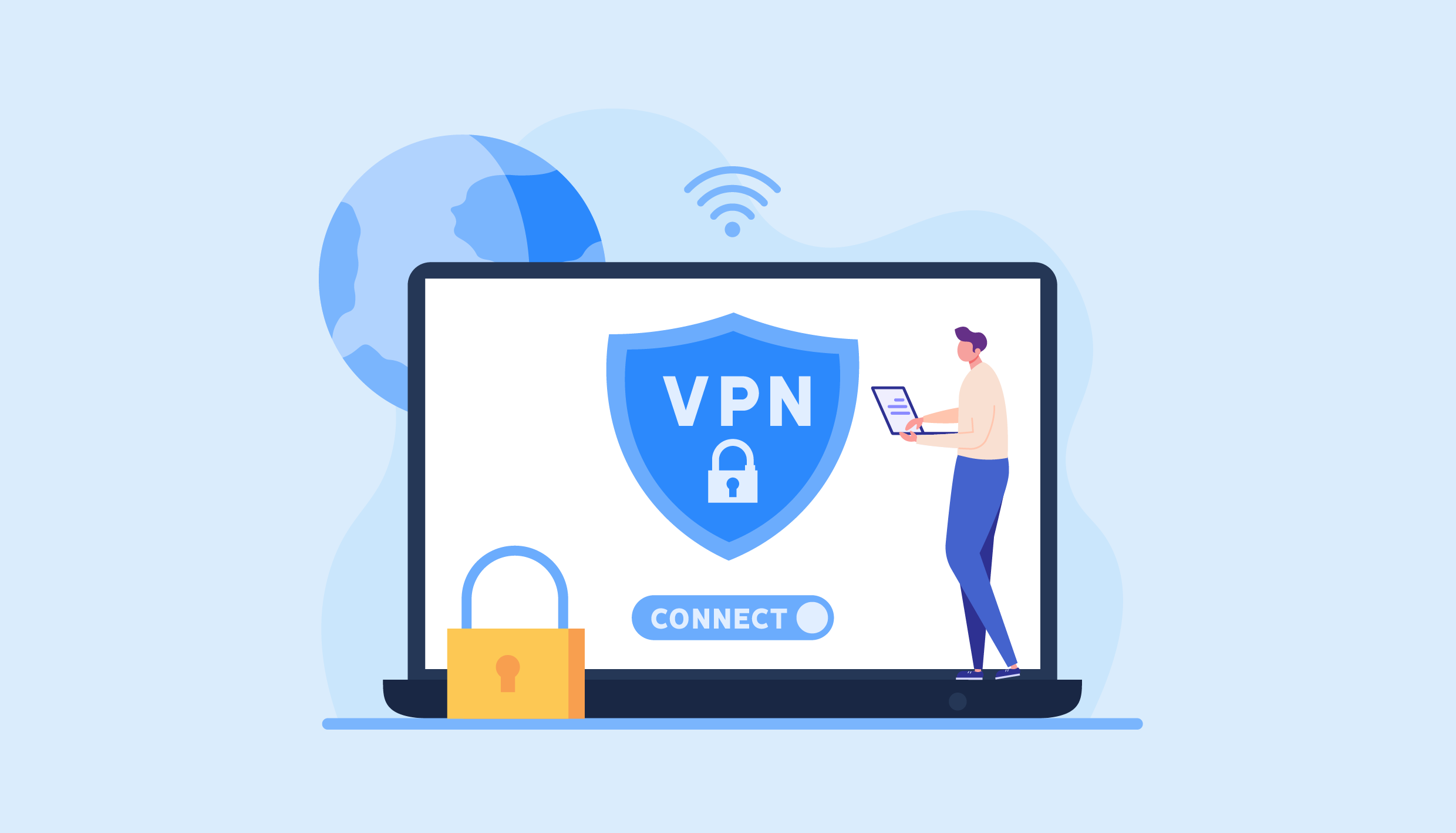 Turbo VPN is owned by a Singapore-based company, and that nation isn’t known for its liberal privacy laws. Singapore is a known collaborator with Five Eyes security alliance members and Mainland China. All of this raises suspicion about how private the provider is. 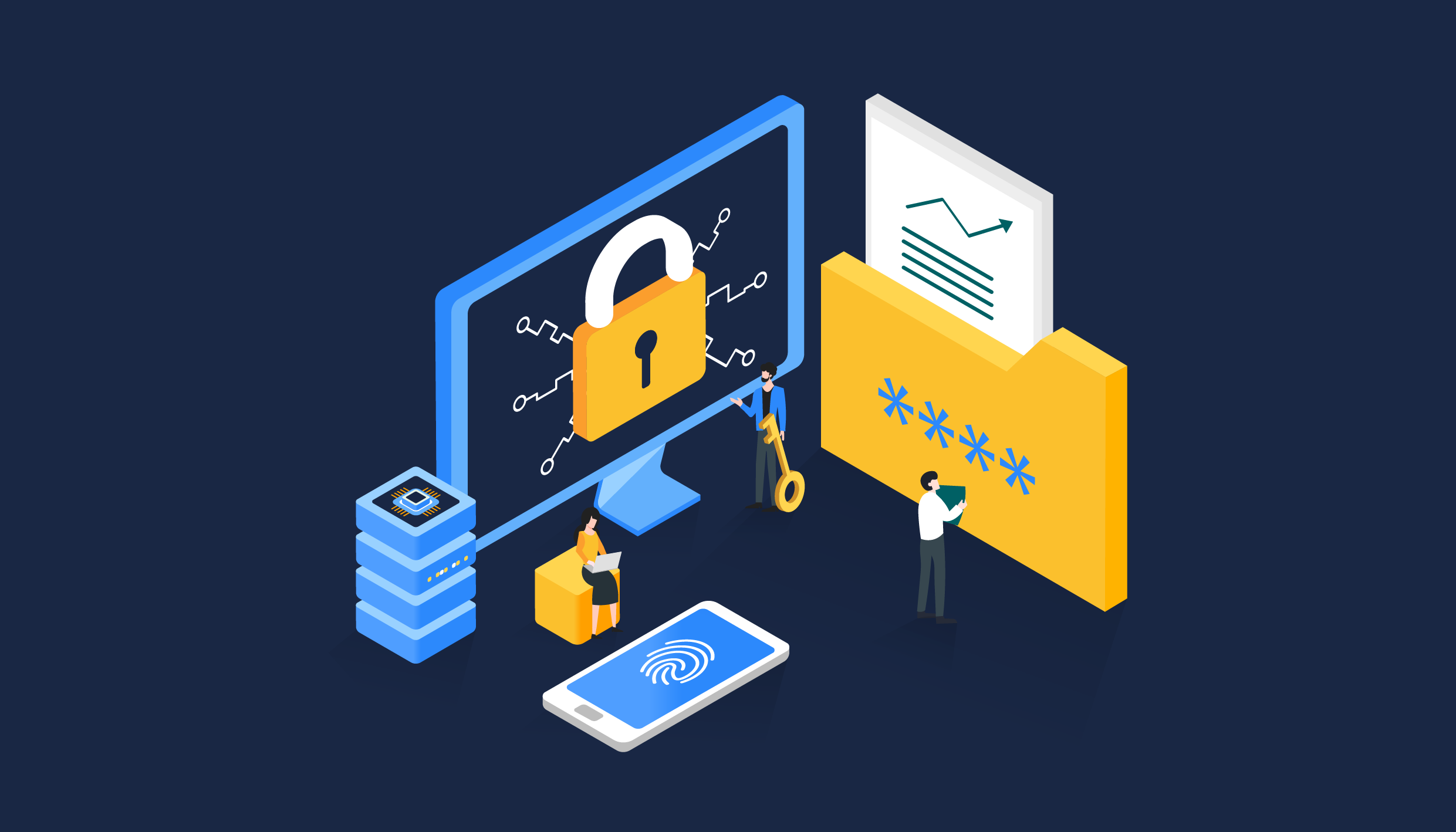 On the Google Play Store, Turbo VPN says that it uses “military-grade AES 128-bit encryption,” which is still below industry standards.

A kill switch is a feature that, when enabled, automatically disconnects you from the internet when the VPN stops working or detects a leak. This helps secure your data when your Wi-Fi connection resets, or other technical issues arise.

Turbo VPN does not have a kill switch, unlike many other VPN providers. 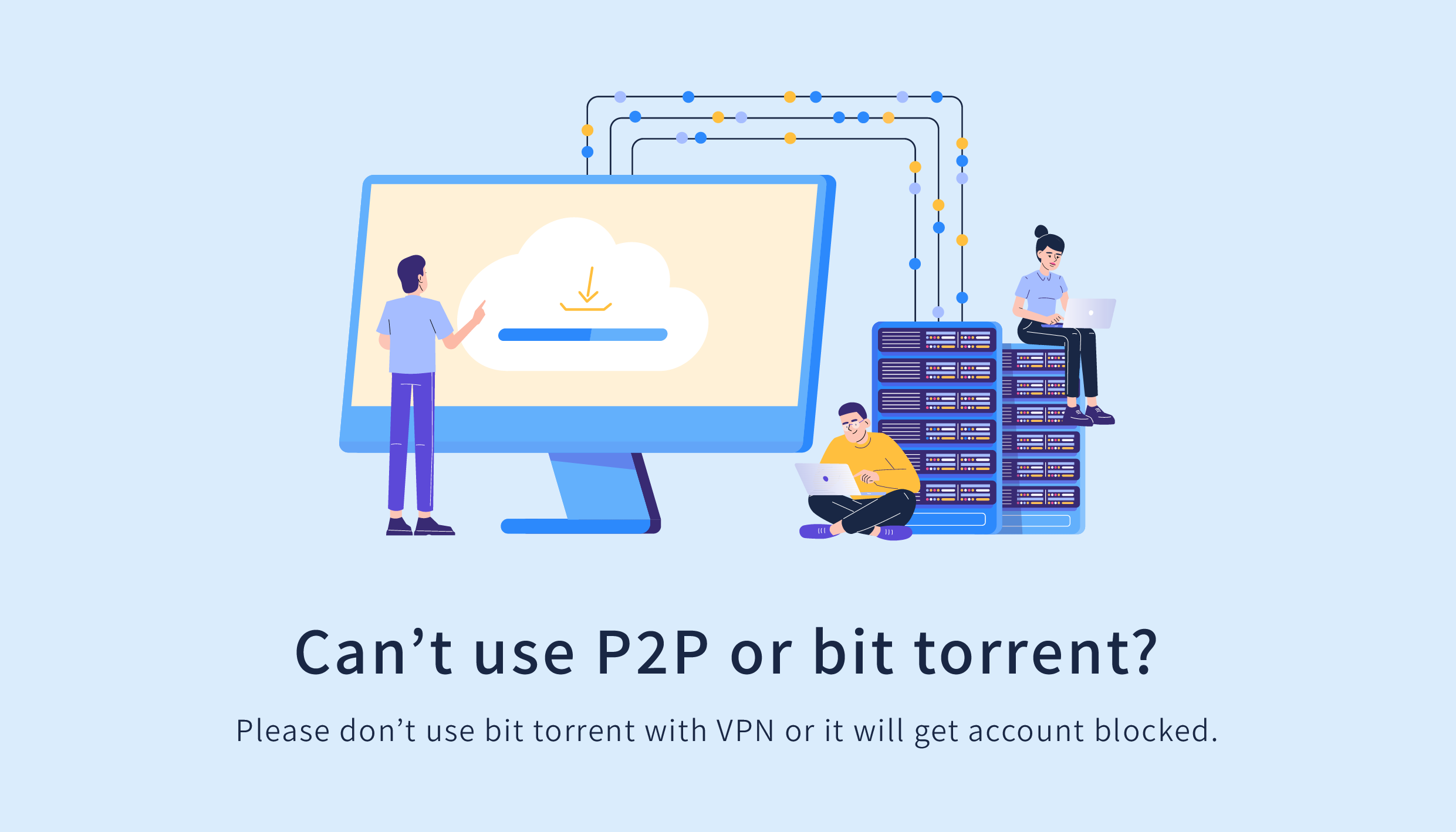 Turbo VPN does not support peer-to-peer (P2P) sharing or torrenting. The FAQ section of the mobile app even warns that torrenting can get your account blocked.

We also contacted the support team via the website, and they said that torrenting “was not allowed on this version.”

So, if you were hoping to use a VPN for torrenting, this isn’t it. If torrenting is something that you don’t care about, you can still get a lot of Turbo VPN.

You can find VPNs that support torrenting via our reviews here. 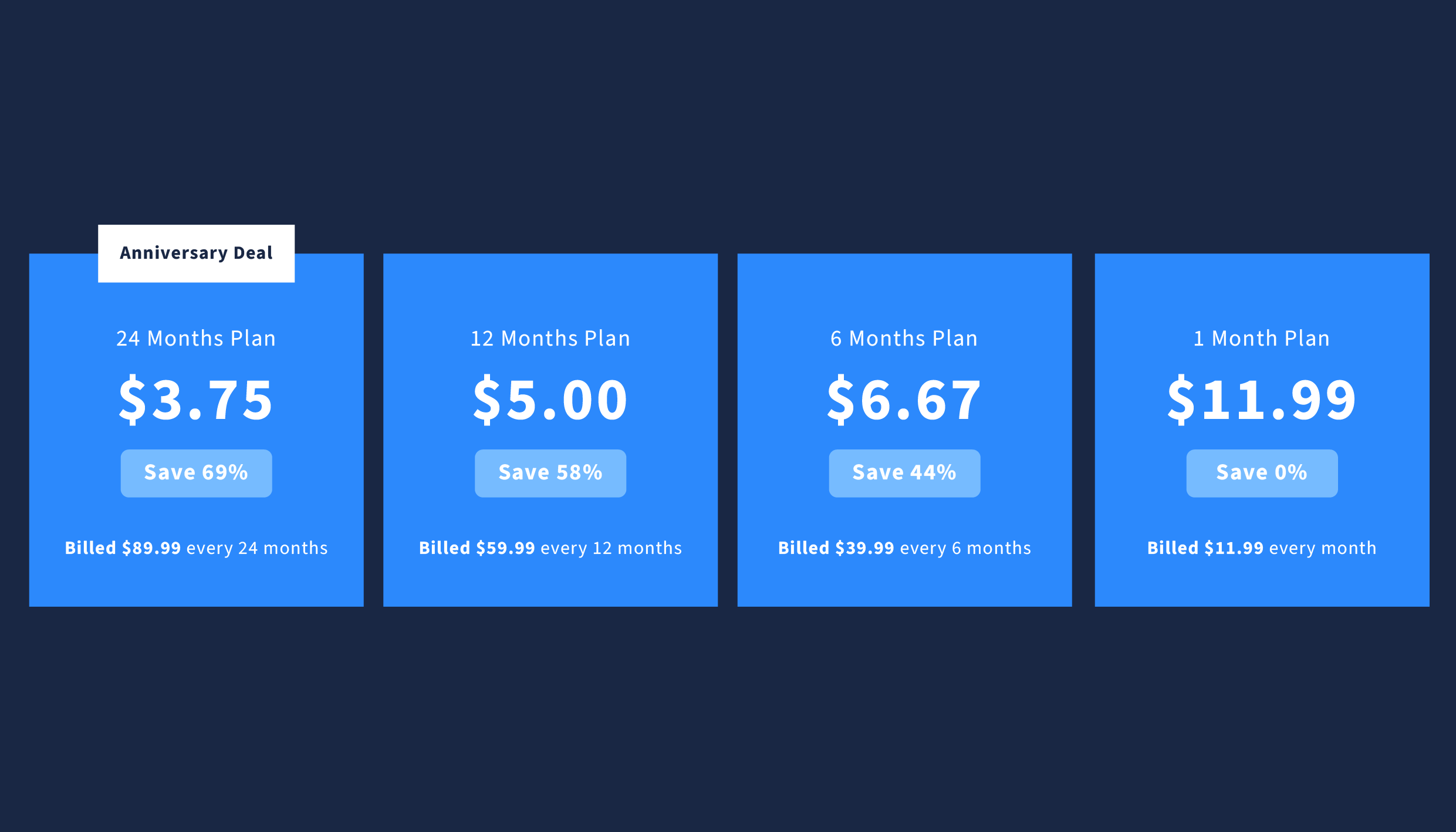 Turbo VPN’s paid plans are overpriced for the features they offer.

For comparison, Turbo VPN charges $3.75 per month for its 24-month plan. Surfshark, one of the world’s leading providers, charges just $2.49 per month for the same period, and they offer a lot more features.

Turbo VPN’s monthly plan costs $11.99 per month, and its annual plan is $5 per month. This is relatively expensive for a not-so-well-known provider with security and privacy doubts.

While Turbo VPN is a decent free choice, if you genuinely want to protect your data and not compromise on speed or any other features, here is a list of alternatives for you to pick from.

ExpressVPN is arguably the world’s most popular VPN provider, and it’s not hard to understand why.

It offers unlimited bandwidth and blazing speeds across 160 server locations in 94 countries. It includes top security features like AES-256 encryption, a kill switch, and split tunneling.

ExpressVPN also utilizes TrustedServer technology to run all their servers on RAM only. Using this method ensures none of their users’ data is written to the hard drive.

It also means hackers cannot gain access to sensitive information or install backdoors, which allows them to remotely computers.

To top it all off they provide 24/7 customer support, so you never have to fret over technical issues.

You can find out more in our in-depth ExpressVPN review.

Surfshark lets you connect unlimited devices and is a very reasonably-priced VPN.

Despite its low cost, the VPN offers all the high-level features that will keep you anonymous online. A strict no-logs policy, four different connection protocols, obfuscated servers, a kill switch, and 24/7 customer support are just some of the features Surfshark is renowned for.

Learn why and how this provider excels via our detailed Surfshark review.

Another top-rated provider, NordVPN, has over 5,400 servers in 59 countries and provides lightning-fast speeds. It has split-tunneling support, the option to get a dedicated IP, ad blocker, and many more features.

Our comprehensive NordVPN review covers why it’s one of the best providers out there.

German-made ZenMate is a competent VPN provider with servers spread across 78 countries. It is known for quick speeds, industry-standard security protocols, and a zero-logs policy.

Read our detailed ZenMate review to see how this provider fairs.

CyberGhost offers some of the most robust security protocols for a VPN provider.

Apart from all the features we’ve mentioned, CyberGhost claims to use double encryption for all subscribers. It also offers No-Spy servers (on-site, multihop servers) for an extra fee.

Find out if this is your best choice by reading our CyberGhost review.

You can choose between hundreds of VPN providers to keep your data secure, and Turbo VPN is a good choice if you’re looking for a free, basic option for non-intensive usage.

To find the best VPN for you, we’ve compiled an extensive list of reviews so you can do your research.

Turbo VPN Review: Know These Before You Try