More companies are tracking your activities online and using that data to build targeted advertising profiles. Some are even selling your data to data brokers without your consent.

One way to stop this intrusive data collection and protect your privacy online is with a Virtual Private Network (VPN) — software that creates an encrypted connection between your computer and the internet.

While researching VPNs, you may have come across Touch VPN.

But is Touch VPN right for you?

To answer those questions, we put together this in-depth Touch VPN review. We’ll cover everything you need to know about this VPN service, including the features it offers, the platforms it supports, and more.

You can jump to the section you want to learn more about by clicking the links below:

First, let’s take a closer look at what a VPN does, why you need one, and what to look for.

What does a VPN do, and what should you look for?

A VPN hides your IP address by routing your traffic through a private server. This makes it appear as if you’re accessing the web from a different location. 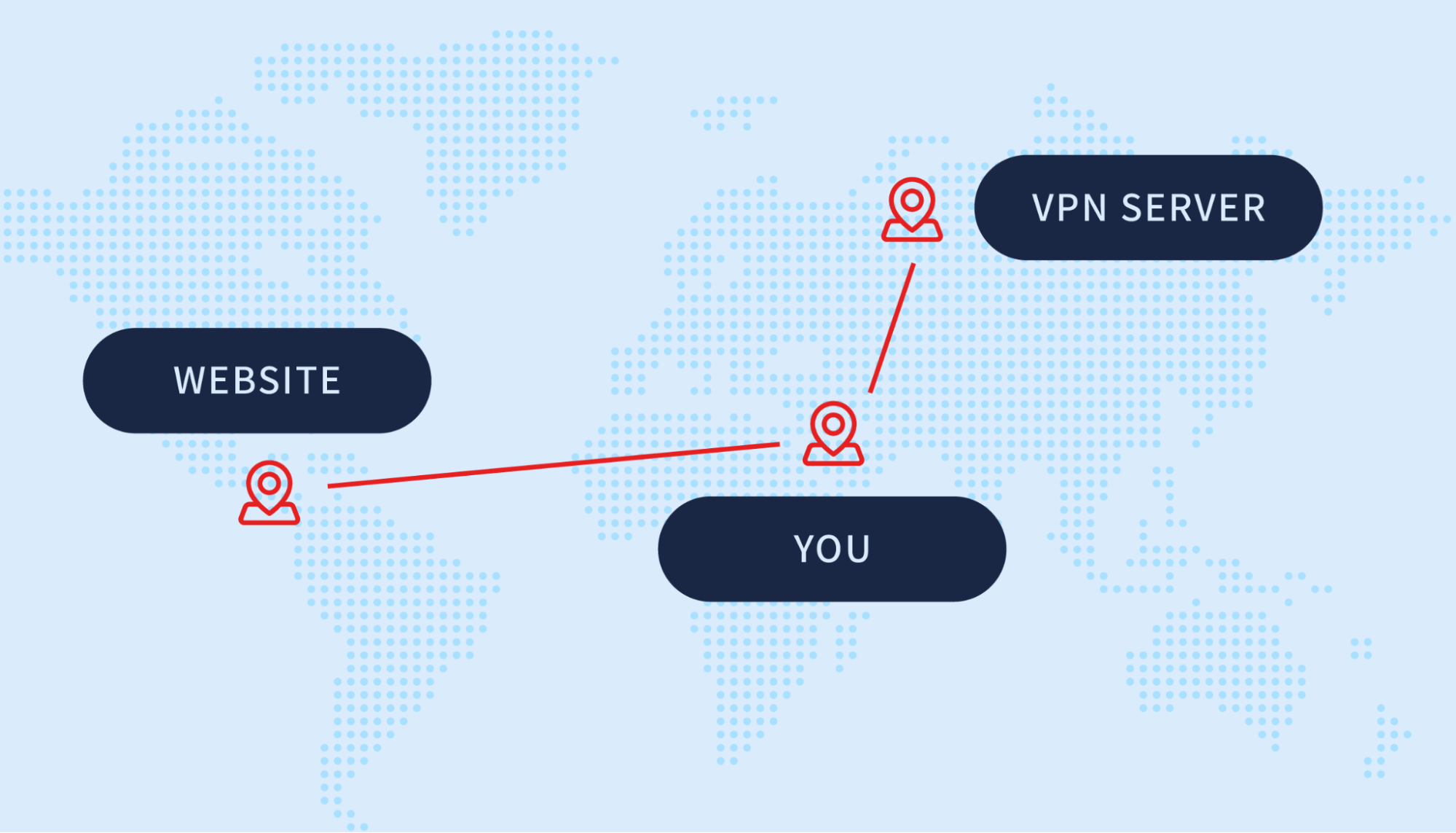 Most importantly, a VPN encrypts all your internet traffic, which means no one can view or trace your online activities.

A VPN lets you:

Here are some things to look for when choosing a VPN.

If a VPN offers poor performance, you’ll be less inclined to use it (which means you’ll expose your online activities). Look for a VPN that offers fast connections.

Strong encryption hides your internet traffic from prying eyes, even on unsecured networks. 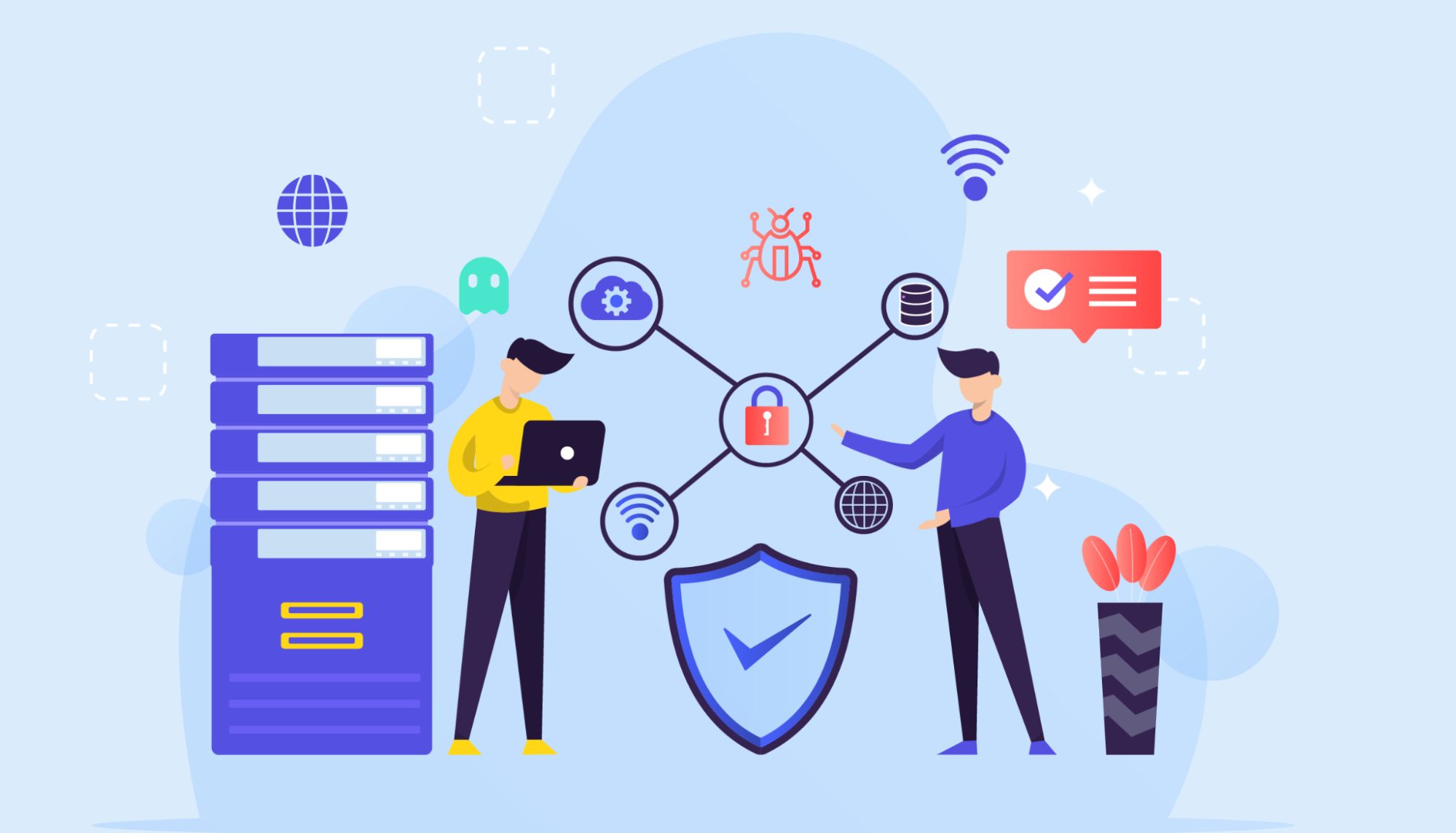 Look for a VPN with features that protect your data and privacy online. These include advanced strong encryption (Like AES-256) and no-logs.

Servers in different locations will allow you to bypass geo-restrictions. This can be especially useful for streaming media that is only available in certain regions.

If you’re a heavy internet user, choose a VPN with no bandwidth restrictions. This will allow you to continue using its services when you spend a weekend binging The Office.

These days, we use a plethora of devices to connect online — smartphones, tablets, streaming players, etc. 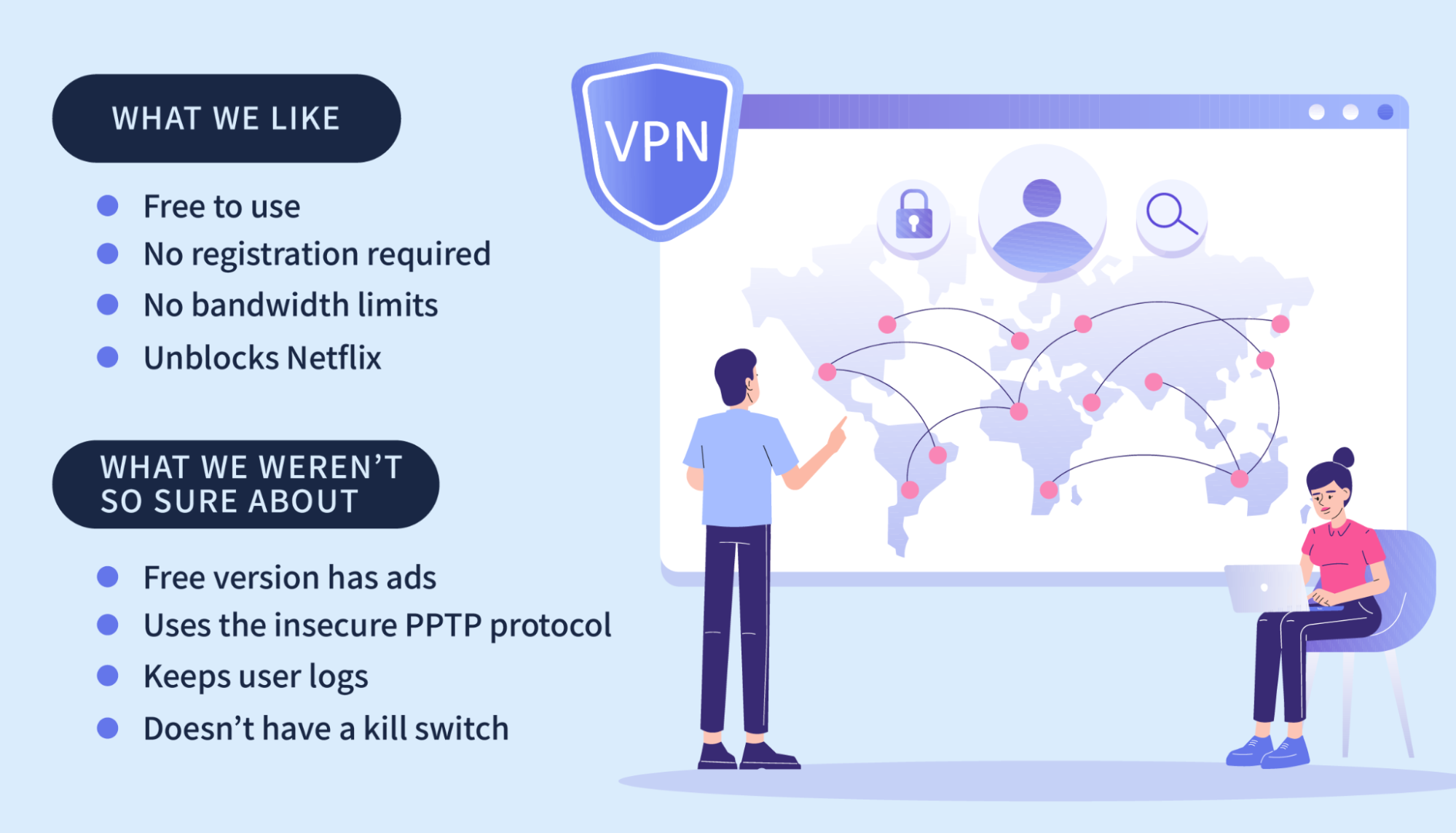 If a VPN provider doesn’t support the devices you use, you may want to consider other alternatives.

While you can find free VPNs, they tend to have caveats like limited bandwidth and slower speeds. Some might also display ads to cover overhead costs.

If you want a secure and reliable way to browse the web, then the price of a VPN is absolutely worth it. Paid VPNs offer better security and overall performance.

Now that you know the features to look for in a VPN let’s dive into our review of Touch VPN.

Touch VPN review: A fast and free VPN, but is this service worth it?

Touch VPN offers a fast and free VPN with unlimited bandwidth, but there are some major caveats to be aware of when using this VPN service. 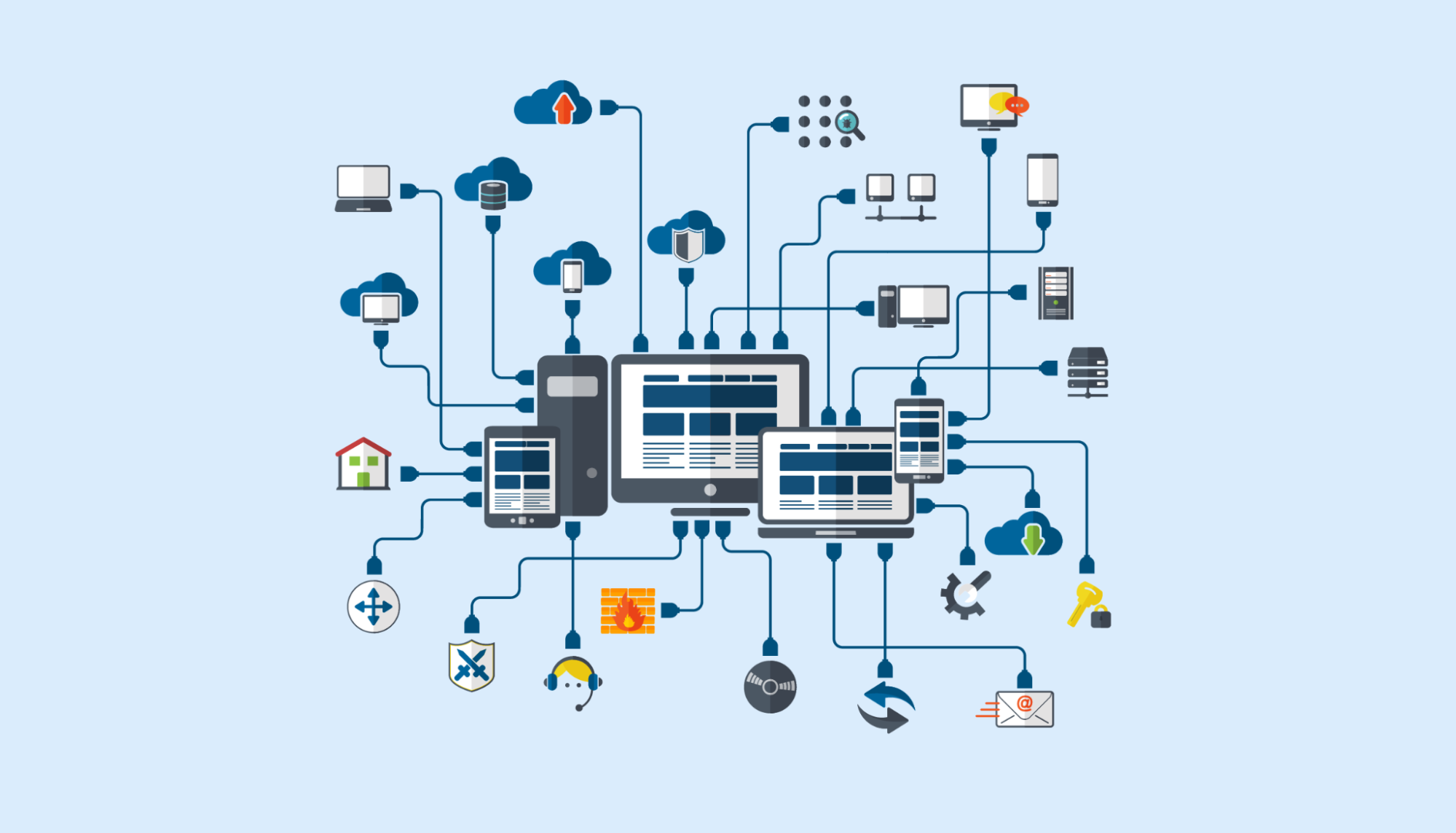 Let’s start with speed and performance — no one likes sluggish connections or having their streams constantly buffering.

Touch VPN is free to use, and you can even get started without registering. Sounds great, but how does it actually perform?

First, we ran an initial speed test. With the VPN off, our download speed was 52.19 Mbps, and upload speeds were 17.35 Mbps.

We connected to a server in the U.S., which only took a few moments. With the VPN on, we managed to hit a download speed of 32.99 Mbps and an upload speed of 2.20 Mbps.

Our download speed decreased by 36%, but it was still fast enough to stream 4K content without any issues.

However, our upload speed took a major hit and decreased by 87%. For reference, Twitch recommends 3 to 6 Mbps upload speeds for broadcasting live streams.

Next, we connected to another server in the UK. We managed to hit a download speed of 32.99 and an upload speed of 5.04.

We found it really easy to connect to a different region.

Touch VPN notes on its landing page that it has over 5,900 servers across more than 90 countries. However, its free version is limited to the following options: 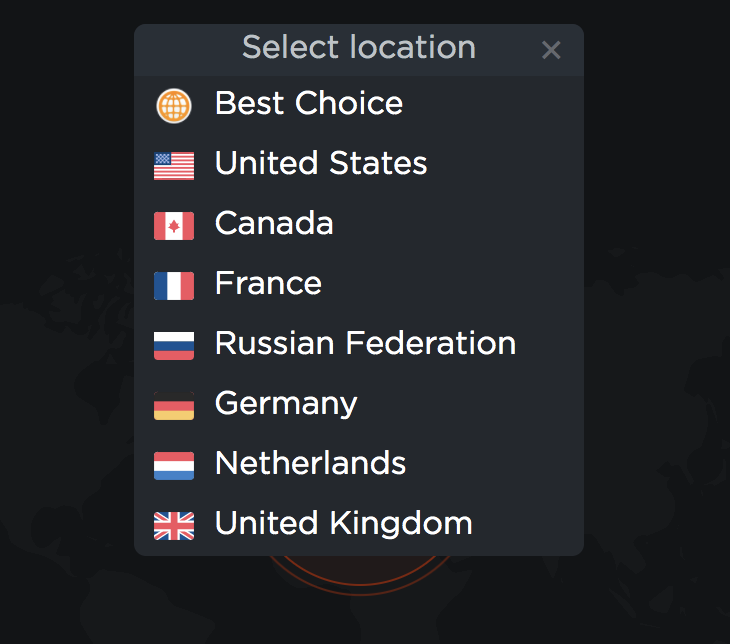 With the free version, you can select the location of the server you want to connect to, but you can’t select specific servers.

Streaming servers like Netflix boast impressive libraries. But due to licensing agreements, you may find yourself unable to watch certain shows when you travel abroad.

One way to bypass these restrictions is with a VPN. Connecting to a server in another country makes it appear as if you’re physically in that location (even if you’re not).

We could use Touch VPN to unblock Netflix and Disney+, but not BBC iPlayer or other international streaming services.

The biggest selling point of using a VPN is to make your online browsing private. Touch VPN falls short in this regard.

If you’re concerned about online safety, we strongly suggest other providers that use more secure protocols by default. VPN services like ExpressVPN and NordVPN support secure encryption protocols like OpenVPN, IPSec/IKEv2, and Wireguard.

Touch VPN also keeps user logs, meaning your activities can be traced back to you if they comply with law enforcement.

Here’s some of the data they collect:

The company also lacks a kill switch. This is a feature that disconnects your device from the internet if your connection drops. The presence of a kill switch prevents your IP address from leaking.

Touch VPN is available on the following devices:

It doesn’t have device limits, so you can install and use this VPN on as many devices as you want. However, Touch VPN doesn’t support Linux, Chromebooks, routers, streaming devices, or gaming consoles.

Touch VPN is available for free. You can download and install the VPN without registering or entering your credit card information.

What do these ads look like, and are they intrusive?

With Touch VPN on, we visited a few sites and found that the ads weren’t very intrusive. Here’s an example of an ad that popped up for LastPass while browsing Yahoo:

We only saw a handful of these ads, but they had minimal impact on our browsing.

You can remove ads and get access to more servers by upgrading to a paid plan, which costs $12.99 per month or $6.67 per month if you subscribe for one year.

Touch VPN is a free VPN that offers decent performance.

Installing the Chrome browser extension took less than a minute, and it was easy to use. While Touch VPN doesn’t support P2P file sharing, you can still use it for some streaming services.

If you’re only using a VPN for low-stakes online activities, then Touch VPN offers an adequate solution. But we recommend alternatives like ExpressVPN to ensure your online activities are completely secure and anonymous.

ExpressVPN is one of the best VPNs on the market, offering an extensive network of fast servers and security features that protect your privacy online.

ExpressVPN works with popular streaming sites like Netflix, Hulu, Disney+, Amazon Prime Video, and more. The company maintains a strict no-logs policy and has had its servers independently audited.

Check out our in-depth ExpressVPN review for more detailed information.

NordVPN is another top-rated VPN service. You can instantly connect to one of its private servers and secure your online activities with a single click.

Be sure to check out our NordVPN review for more test results.

Get started with NordVPN here 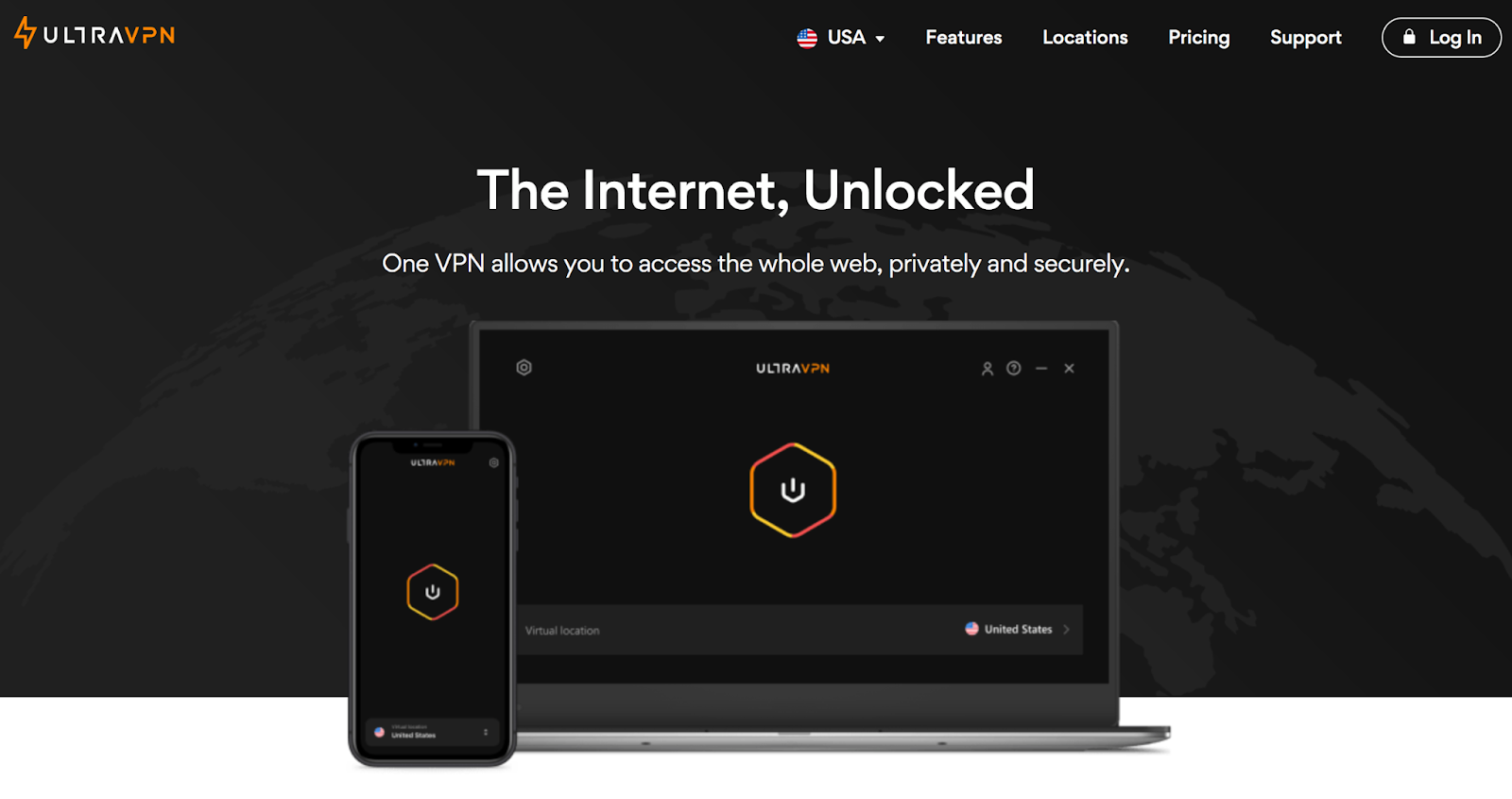 UltraVPN is a fast VPN with 100 servers across 90 countries and offers one of the cheapest monthly plans, making it an appealing option for those on a budget.

UltraVPN uses 256-bit encryption by default and features an automatic kill switch to prevent your IP address from leaking. Other features include malware and phishing protection to keep you safe as you browse the web.

Get started with UltraVPN here

CyberGhost is a highly capable VPN. It offers a user-friendly experience and robust security features that protect your privacy online.

With its massive network of available servers, support for P2P file sharing, and a strict no-logs policy, there’s a lot to like about CyberGhost.

Click here to check out our in-depth CyberGhost review. 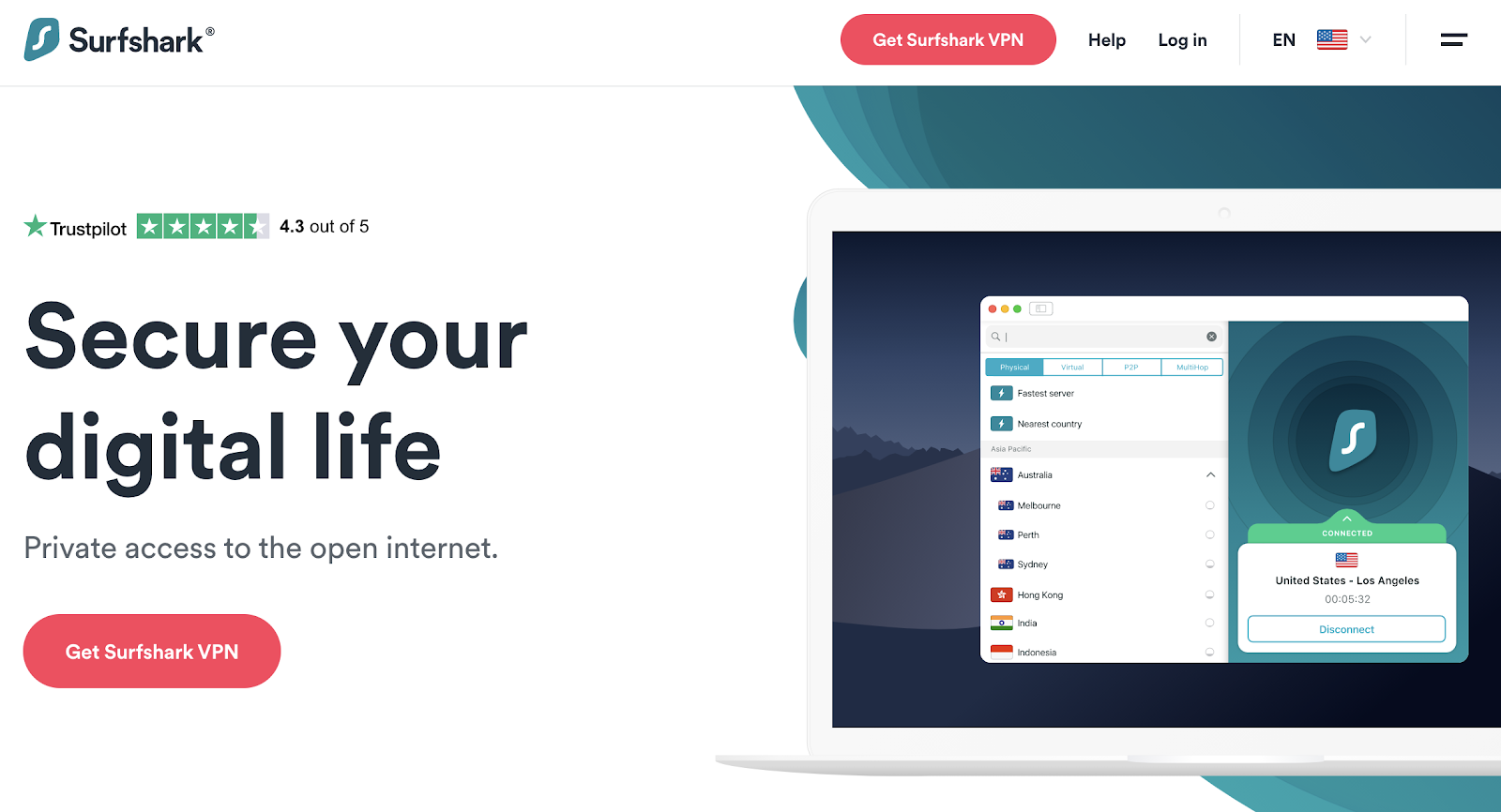 Surfshark is relatively new to the industry, but it offers strong security features and works well with popular streaming services like Netflix.

Surfshark has a strict no-logs policy and a kill switch that protects your IP address. You can also use this VPN on an unlimited number of devices.

Discover everything you need to know about Surfshark in our Surfshark review.

Hotspot Shield is a great VPN. It has a simple interface and offers fast download speeds across its entire network.

Hotspot Shield features military-grade encryption and a host of security features, so you can stay anonymous as you browse the web. With servers in more than 80 countries, you’ll be able to access more content.

Note that you can save up to 40% by switching to a yearly plan. 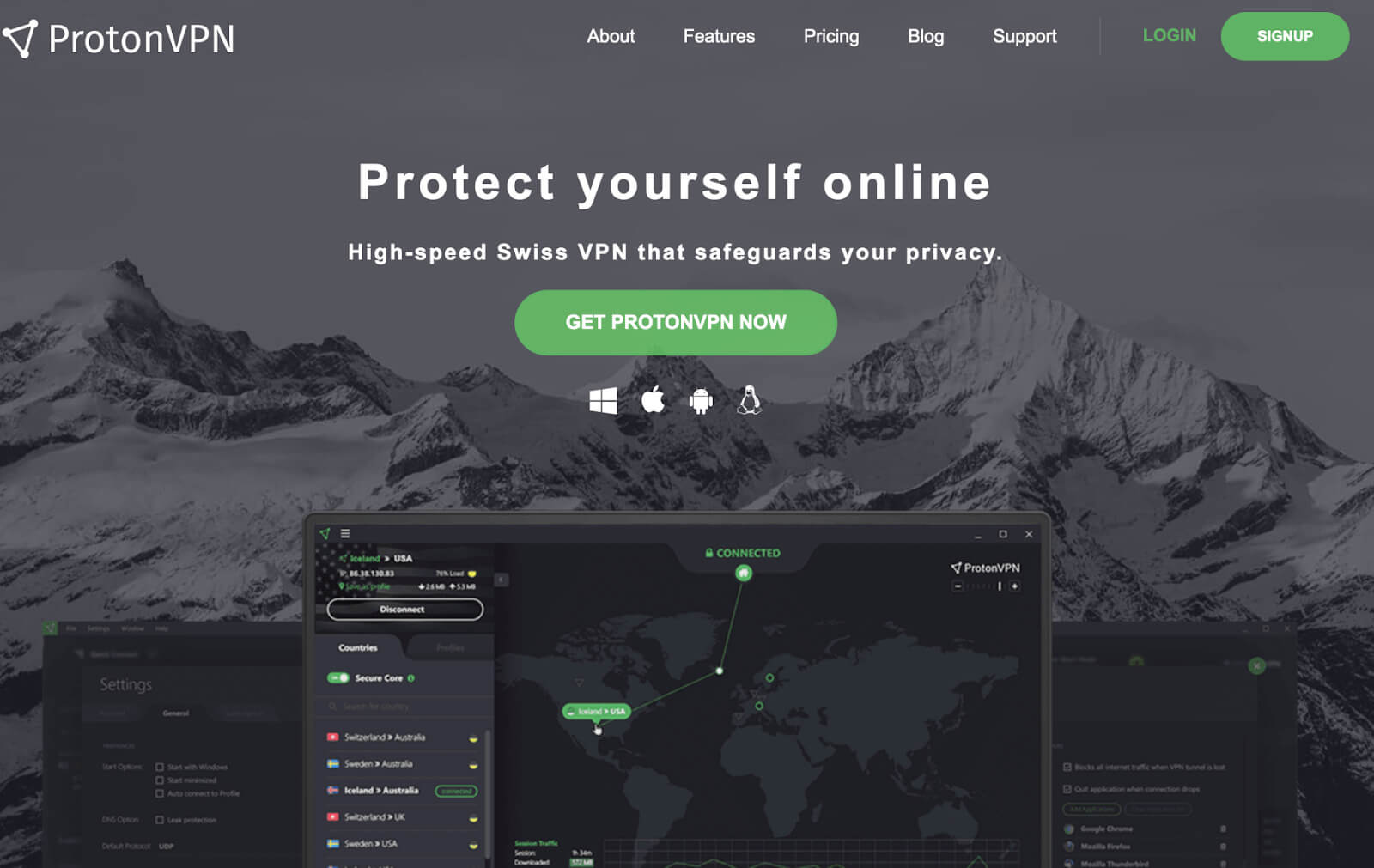 ProtonVPN is a safe and secure VPN with advanced security features. These include AES-256 encryption, strong protocols, and Perfect Forward Secrecy.

ProtonVPN has its headquarters in Switzerland, which has some of the strongest privacy laws in the world. With a single click, you can connect to the Tor network for extra security. 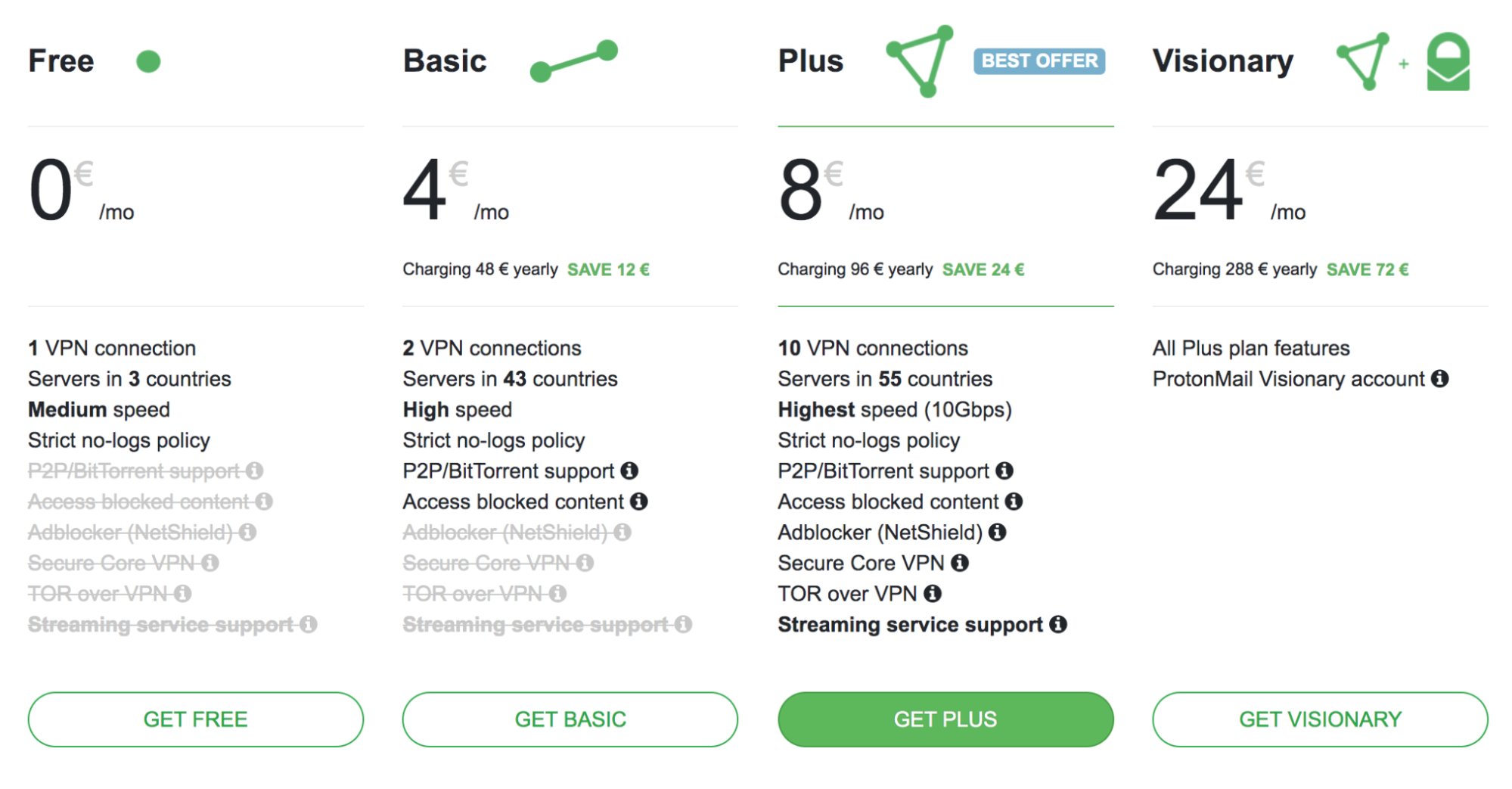 Touch VPN offers a free VPN service, but there are some major caveats — it uses a weak security protocol and maintains user logs.

If you’re looking for a more secure VPN, then we recommend ExpressVPN for its strong privacy and security features.