Awarded “Best VPN Newcomer of 2018” by VPNpro.com, Surfshark impresses with its robust security, solid performance and incredible value for money.

Surfshark may be a newcomer to the market, but it’s certainly no slouch when it comes to speed.

While the download speed with Surfshark on was 10 Mbps slower, it’s a relatively small drop, and still more than respectable. We streamed a 2-hour long 4K movie with the VPN on and didn’t notice any drop in quality.

All traffic is encrypted using AES 256-bit — the standard used by the US government. IKEv2/IPsec is the default security protocol. But Surfshark also supports OpenVPN / UDP and OpenVPN / TCP, albeit not L2TP and PPTP. Seeing as PPTP and L2TP have been known to be insecure for over a decade, this is no big loss.

We did encounter some lag while switching to certain servers. That said, with over 800 servers in more than 50 countries to choose from, this is a problem you can easily get around.

Based in the British Virgin Islands, which boasts some of the most stringent privacy laws in the world, Surfshark takes your privacy and security as seriously as you’d expect.

They DO NOT collect any information that could identify you, including:

Rather than outsourcing to third parties, like some other VPNs do, Surfshark has its own in-house, zero-knowledge DNS servers, which reduces the chances of unsavoury types getting unauthorised access to your data.

When we tested Surfshark on www.dnsleaktest.com, the tool confirmed there were no DNS leaks: 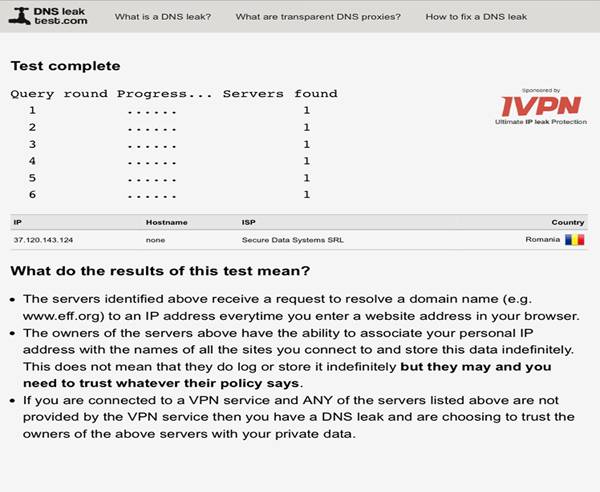 To make things even more secure, you can use MultiHop, which runs your connection via two different servers, making it harder for your location to be tracked. This worked beautifully when we tested it. While we were connected to a server in Belgium, DNS Leak Test thought our traffic was coming from Romania.

As a plus, you’ll also get CleanWeb, which blocks ads, trackers and malware from your browser. To be fair, a dedicated ad blocker removed more ads and trackers from our browser. That said, the feature is included with Surfshark for free, so you can’t really complain.

While not as extensive as some of the other VPNs we reviewed, Surfshark’s selection of apps covers a very good number of operating systems and devices.

As you’d expect, there are native Surfshark apps for Windows, OSX, iOS and Android, as well as Linux. There are also browser add-ons for Chrome and Firefox, but not for Safari for some reason, which is a shame seeing as it’s the second most used browser in the world after Chrome.

Of course, you can still use Surfshark with Safari by downloading the OSX or iOS app. The difference is that the app encrypts all your traffic while the browser add-on only encrypts traffic originating in your browser.

Encrypting all your traffic is usually safer, but there are valid reasons while you might not want to do it, for instance if you’re using an app that doesn’t work with a VPN. Luckily, Surfshark comes with a Whitelister that allows you to exempt specific apps and websites from going through the VPN.

On the bright side there’s a Surfshark app for your Firestick which you can download directly from the Amazon app store. In contrast, some VPNs, including a number of heavy hitters, can only be used with Amazon devices if you download the app from the Google Play Store or sideload it, which is a more involved process.

You’ll need to tweak your device’s DNS settings to do this. Similarly, installing Surfshark on your router will require a manual install, which can be daunting if you’re not tech-savvy. 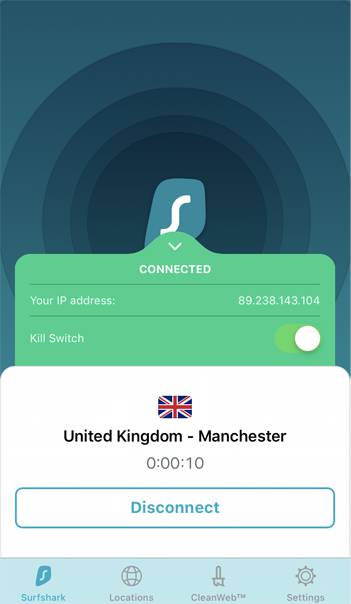 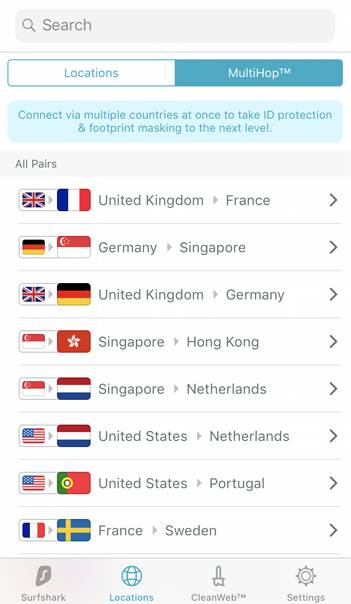 Surfshark’s customer service team is friendly, helpful and accessible. You can chat to a real human via the live chat widget 24/7, 365 days a year. Or, if you prefer, you can open a support ticket.

There’s also a collection of articles to help you set up your VPN, troubleshoot it and get the most out of it. The articles are written in plain English and full of screenshots that make following along quite straightforward.

While the available articles cover most of the basics, this section of Surfshark’s website is clearly still a work in progress. On the bright side, Surfshark’s blog is a great resource if you want to learn more about the ins and outs of VPNs. 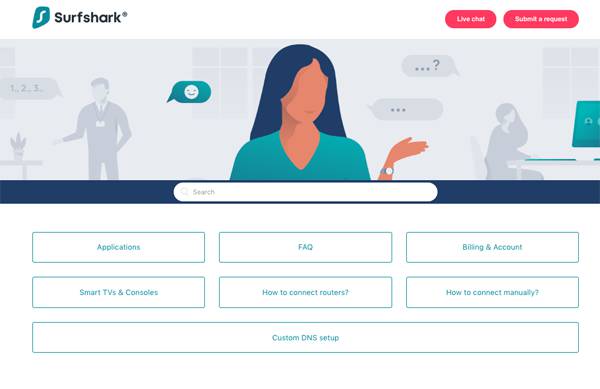 Whichever plan you go for, there’s a 30 day money-back guarantee. Even better, all three plans allow you to run Surfshark on an unlimited number of devices simultaneously.

Here’s a rundown of Surfshark’s pricing:

Despite being a newcomer in a very crowded market, Surfshark is on to an impressive start. Its solid performance and robust security put it on an equal footing with more established VPN providers.

More to the point, paying for 2 years upfront is simply astonishing value. And the fact that you can use it on an unlimited number of devices simultaneously makes it a perfect choice for both personal and business use.