No logs, 2,600+ servers in 47 countries and the ability to connect up to 10 devices puts Private Internet Access (PIA) among the best VPN providers on the market. Fast, reliable and robust apps make this a good choice for consumers.

Private Internet Access’ speeds and performance vary by server and your connection speed.

We found VPN speeds on Windows to average around 25 Mbps, with a started speed of 50 Mbps. Mac speeds were slightly lower, with Mac seeming to be impacted more when the VPN was on.

Performance of Private Internet Access was impressive with the built-in split tunneling features. Split tunneling is easy to setup and allows you to route certain data to your ISP, such as banking data, to keep it safer and more secure.

Latency is minimal and with 2,600+ servers in 47 countries, you can switch servers quickly if one is not performing well.

Mobile apps are available with advanced functionality and they’re fully open-sourced. Users can quickly change protocols on the mobile app, including switching to WireGuard. One caveat is that the iOS app will use the IPSec protocol and is lacking the MACE feature offered on other apps.

A kill switch is available to protect your privacy if the VPN’s connection drops.

VPN transfer is unmetered and there are gigabit VPN port speeds to maximize your VPN’s speeds.

Streaming site access works so-so depending on the country you’re trying to log in from and the streaming service that you choose. Netflix is the go-to streaming service we check when conducting our tests because it has the largest user base.

Netflix is also diligent, with checking and blocking VPNs, which can change our experience any second,

Private Internet Access performed very well when trying to access Netflix on servers from the US, UK and Canada.

European countries seem to be a hit or miss, with us having no luck when trying to access Netflix on German servers. It’s possible that the server we tried accessing from was blocked, but there were 78 other servers in Germany that we didn’t try. 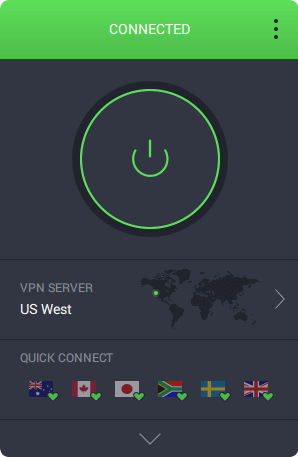 A major concern with Private Internet Access is that the company is based in the United States. There’s a no-log policy in place. A transparency report is provided showing how many times a government has demanded user data and how many logs were produced.

US jurisdiction should be a concern for privacy-centric users.

PIA’s privacy policy should provide some peace of mind: “The above-mentioned Personal Data is not, at any point, associated with any kind of activity done by the user inside the Private Internet Access VPN which is NOT recorded, logged or stored at all.”

When digging deeper into the company’s support pages, you’ll find PIA states: “Here at Private Internet Access, we do not log. Ever.”

DNS and IPv6 leak tests are available, with the VPN passing each with flying colors.

Protocols default to OpenVPN, but users may want to switch to the WireGuard protocol, which is the latest security protocol available.

Users can also view PIA’s source code for all of their apps on github.com. Open source apps can be scrutinized and allow the community to dissect source code for privacy concerns, logging or backdoors. 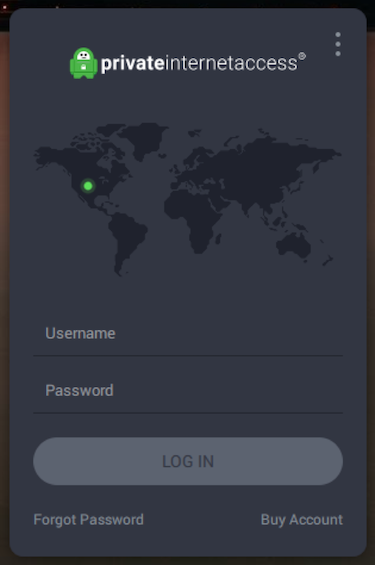 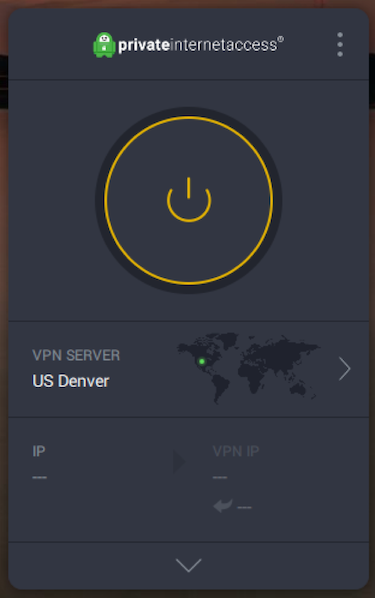 Extensions are available for all major web browsers, including:

You can use PIA with compatible devices, including Tomato and DD-WRT. Router support is extensive and includes but is not limited to:

PIA can connect up to 10 devices at once, allowing for one of the most connection-friendly VPNs on the market. The VPN can be added to an unlimited number of devices, but only 10 can be connected at once. 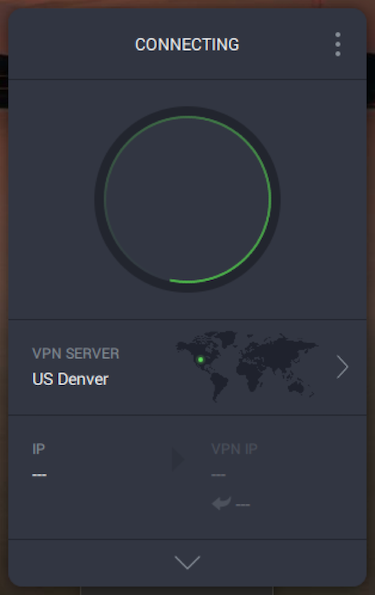 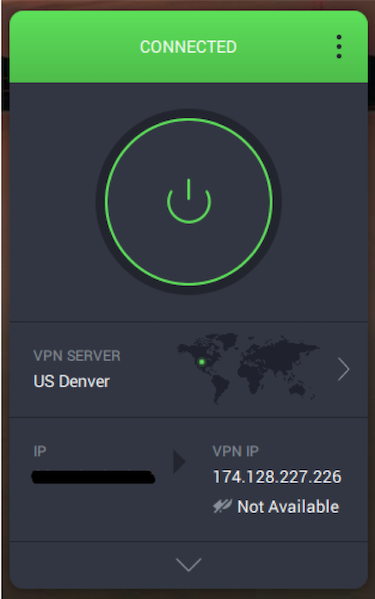 Customer support is one of the main concerns with PIA. Advanced configurations and setting up some of the routers can be very complicated even for someone with a lot of computer and networking experience.

Support and the help desk provide a lot of guides that can help with the more advanced setup options and configurations, which we found helpful when writing our Private Internet Access VPN review.

But when you reach out to customer support, you’ll find that it can be a hit-or-miss. You may get lucky and support will get back to you quickly, or you may be unlucky and have to wait a day or two for support to reply.

If you need a lot of hand holding to get your VPN up and running, the slow response time from support may be a concern.

Customer support has gotten a little better thanks to the advanced knowledge base, contact form or live chat.

The addition of live support has helped improve Private Internet Access’ support somewhat and should add to their customer service. 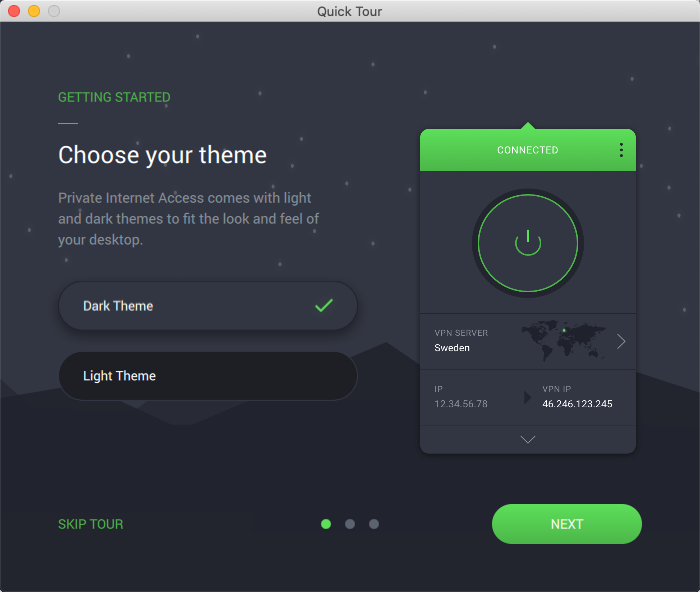 PIA’s pricing is on par with its main competitors, and the longer you commit to the service, the better price you’ll receive. A rundown of the prices includes:

When subscribing, you’ll be billed at once for the full duration of the service. The plans are available in USD pricing. If you’re not satisfied with the service, the risk-free money back guarantee can be requested in the first 30 days.

The company’s guarantee is honored and is one of their best customer service selling points. 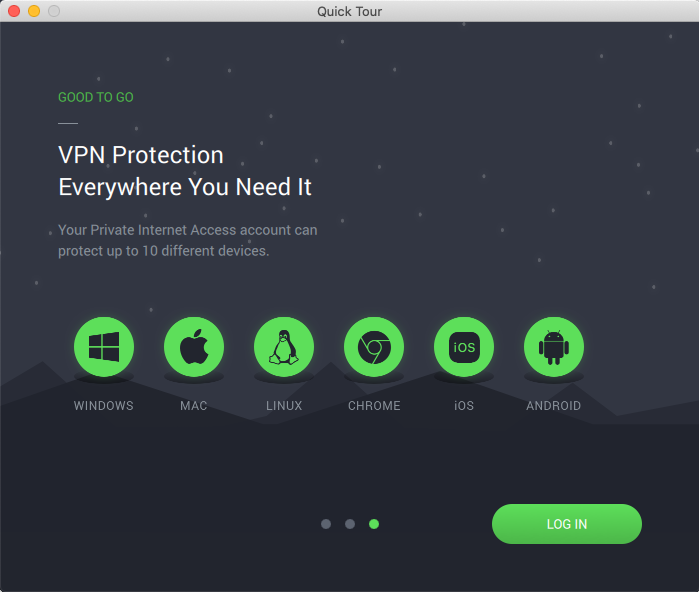 Private Internet Access offers robust features, access to servers in 47 countries and performs well whether streaming or downloading from P2P. The ability to connect up to 10 devices at once is very generous. Speed loss may be a concern for slower Internet speeds, but the ability to split to your Internet connection allows you to pick and choose sites where your data may be impacted. If you’re searching for a VPN with a robust set of apps, kill switch, multiple protocols, high-end encryption and the ability to connect an entire household on a plan, Private Internet Access may be a good choice for you.

While ExpressVPN is on the expensive side and only allows up to 3 simultaneous connections, it’s hard to argue with the quality on offer.

If you’re after robust security and privacy with negligible speed loss and don’t need to run the VPN on a large number of devices at the same time, it doesn’t get much better than this.