PrivadoVPN Review: A new yet dynamic VPN for 2022

If you’re looking for a newer VPN in 2022, you’ve likely heard of PrivadoVPN.

PrivadoVPN was founded in 2019, and while it’s only been around for two years, it has all the top features you need in a VPN. Plus, it’s free.

Is it feature-loaded or on par with industry leaders like ExpressVPN or Surfshark? No. But, it has strong privacy and security features to protect your data. Be it from cybercriminals, snooping ISPs, or authorities. 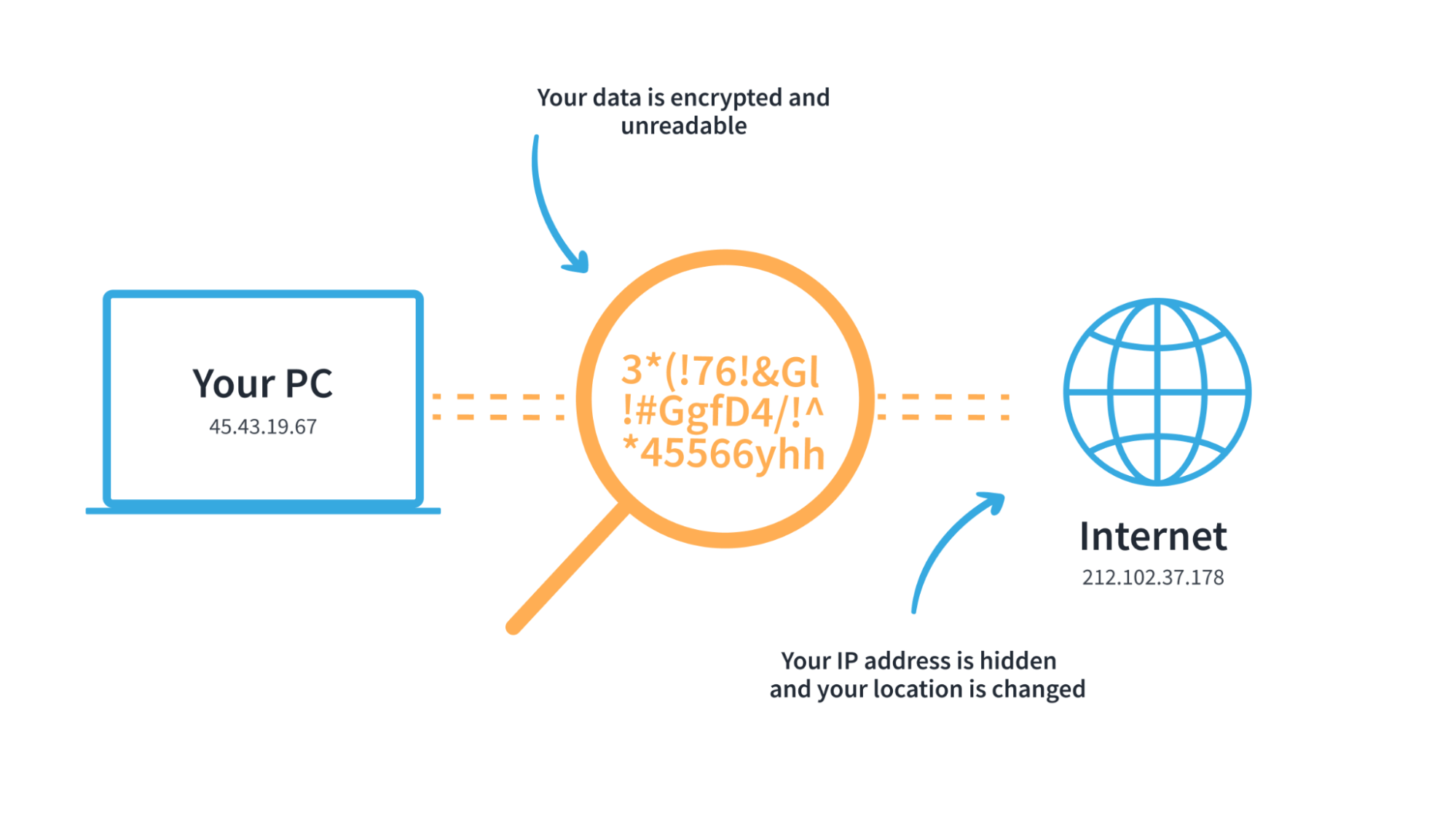 A virtual private network (VPN) refers to software that encrypts your internet connection. So your ISP or cybercriminals can’t track your online activity or gain access to your data.

When you connect to a VPN server, it creates a secure tunnel for all your information to pass through. This helps maintain your online privacy and anonymity.

To establish a connection, VPNs use different protocols. These protocols are a set of rules and guidelines. The most popular protocols are IKEv2, OpenVPN, PPTP, and IPSec/L2TP. Some VPNs even offer custom protocols.

Using a VPN service has the following benefits:

Popular VPN providers like NordVPN and Private Internet Access boast advanced features. These include a dedicated IP, split tunneling support, and obfuscated servers. They also give you access to thousands of global servers.

If you’ve looked into VPNs, you’ll know that there are hundreds, if not thousands, of VPN providers.

Here are the key features you should look for to make the right choice:

PrivadoVPN uses AES-256 encryption. This is the gold standard of encryption and ensures data security.

Most experts agree that this military-grade encryption is “virtually unbreakable.” So you don’t need to worry about your data being leaked or accessed by cybercriminals.

PrivadoVPN offers three protocols: IKEv2, OpenVPN (UDP), and OpenVPN (TCP). All of these are encrypted, so you’re always protected.

Tests showed no signs of DNS or IP leaks, meaning it’s nearly impossible for your ISP or hackers to find your original IP address or other data. 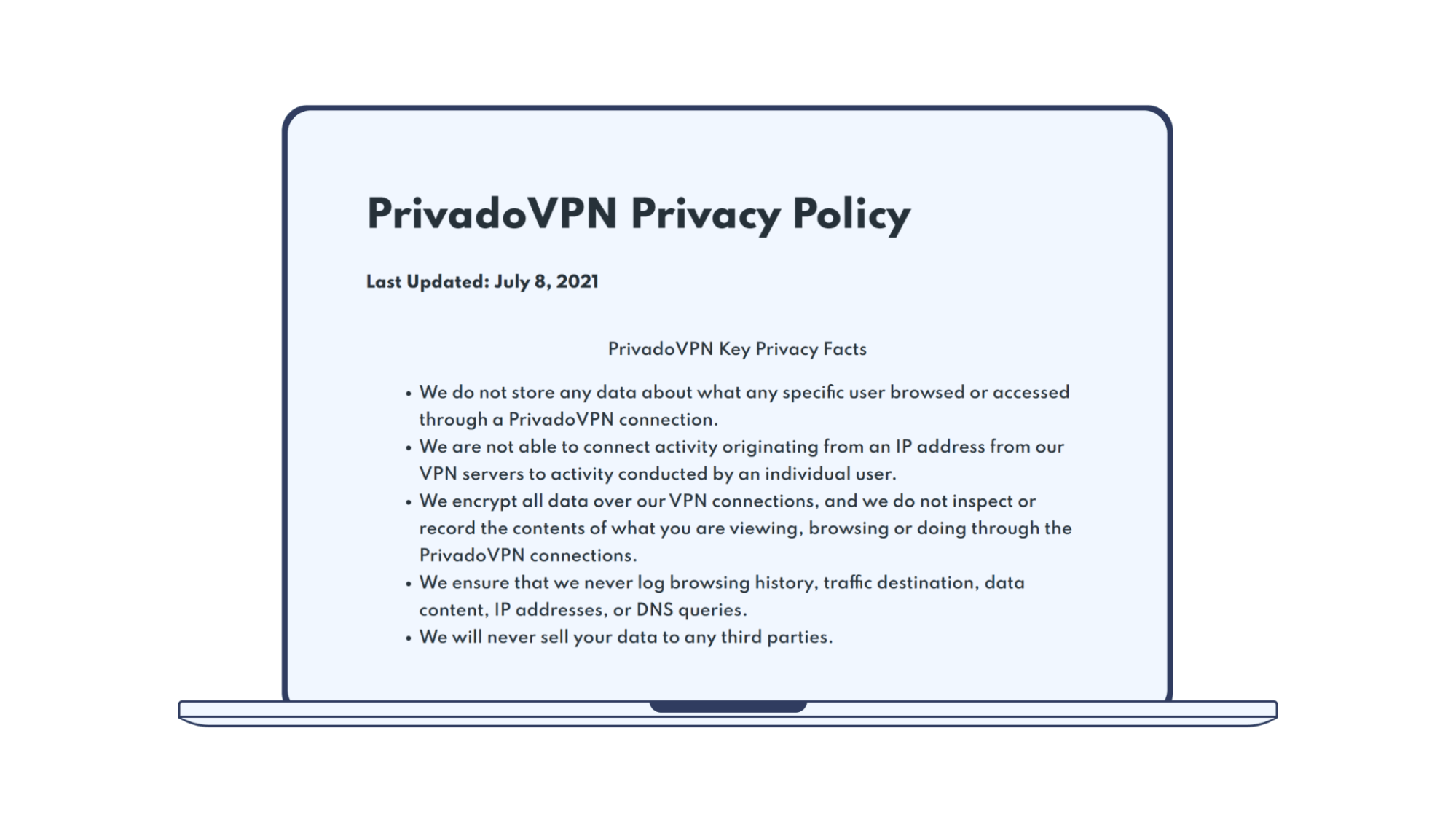 PrivadoVPN is based in Switzerland. This is ideal from a privacy perspective, as the nation is not a part of any intelligence alliances like the Five Eyes or Fourteen eyes.

Intelligence alliances allow countries to spy on their citizens. VPN providers based in these nations could be forced to hand over user data on request. Since PrivadoVPN is based in a non-member country, your information is more protected.

Switzerland is also known for its comprehensive privacy laws.

On top of this, PrivadoVPN has a no-logs policy. Its privacy policy states that it does not collect or store any information about your online activity.

So, even if the government requests your data or the servers are hacked, no one can access your data.

PrivadoVPN also has a kill switch, so you’re protected 24/7. A kill switch terminates your internet connection when you’re not connected via the VPN. This is handy when the VPN app is updating or any time your computer restarts.

If you opt for PrivadoVPN’s paid plan, you can use a SOCKS5 proxy. This is a general-purpose proxy that’s lightweight and fast. 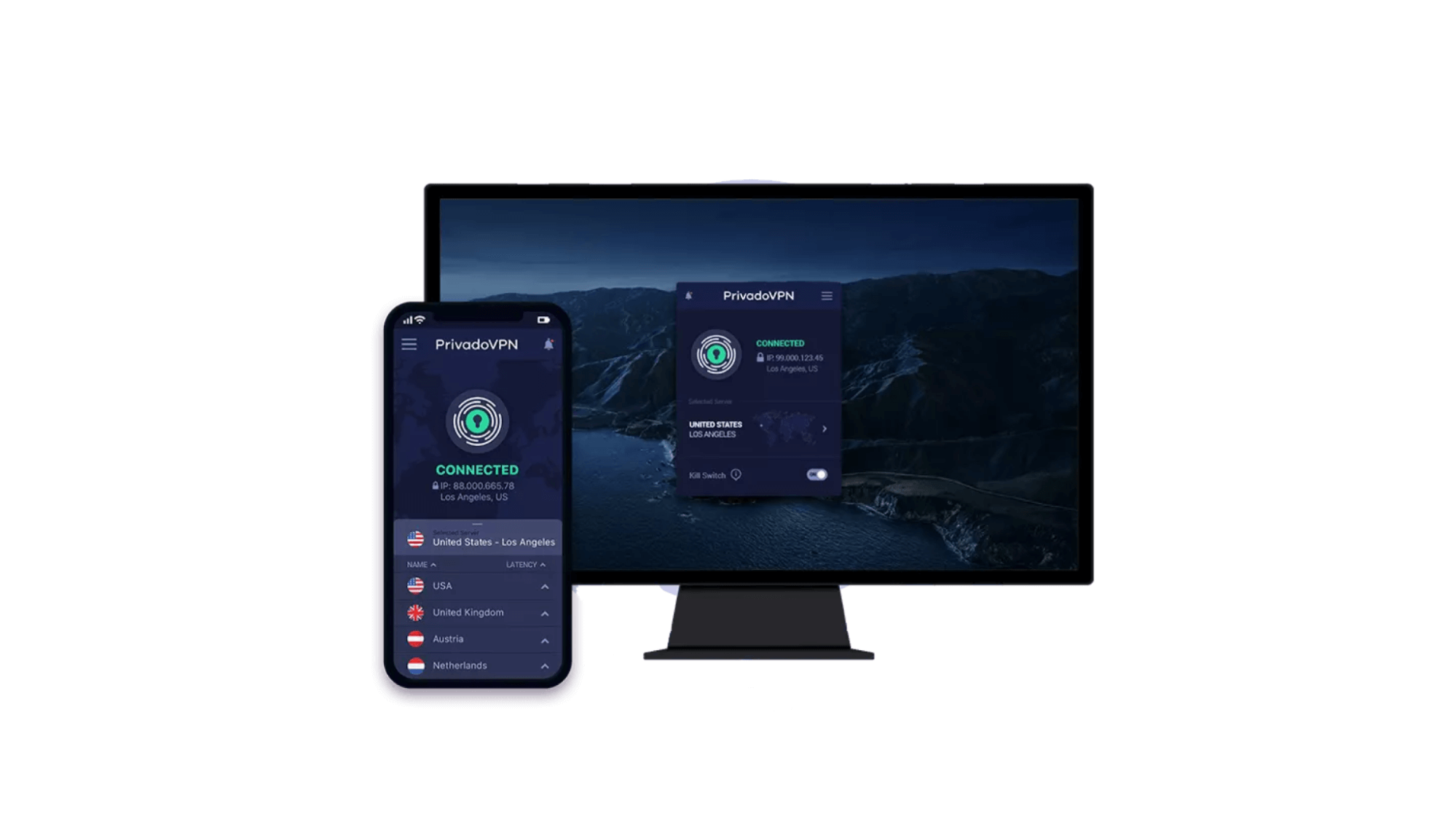 PrivadoVPN has apps for Windows, macOS, iOS, and Android. You can easily find and download these apps for your devices.

Despite being free, the PrivadoVPN app has a sleek, easy-to-use interface.

For example, on the Android app, the interface is very simple. You just need to toggle the button on the home screen to connect or disconnect. It states the server you’re connected to at the bottom, and there’s a list of your favorite locations so you can connect to them faster. 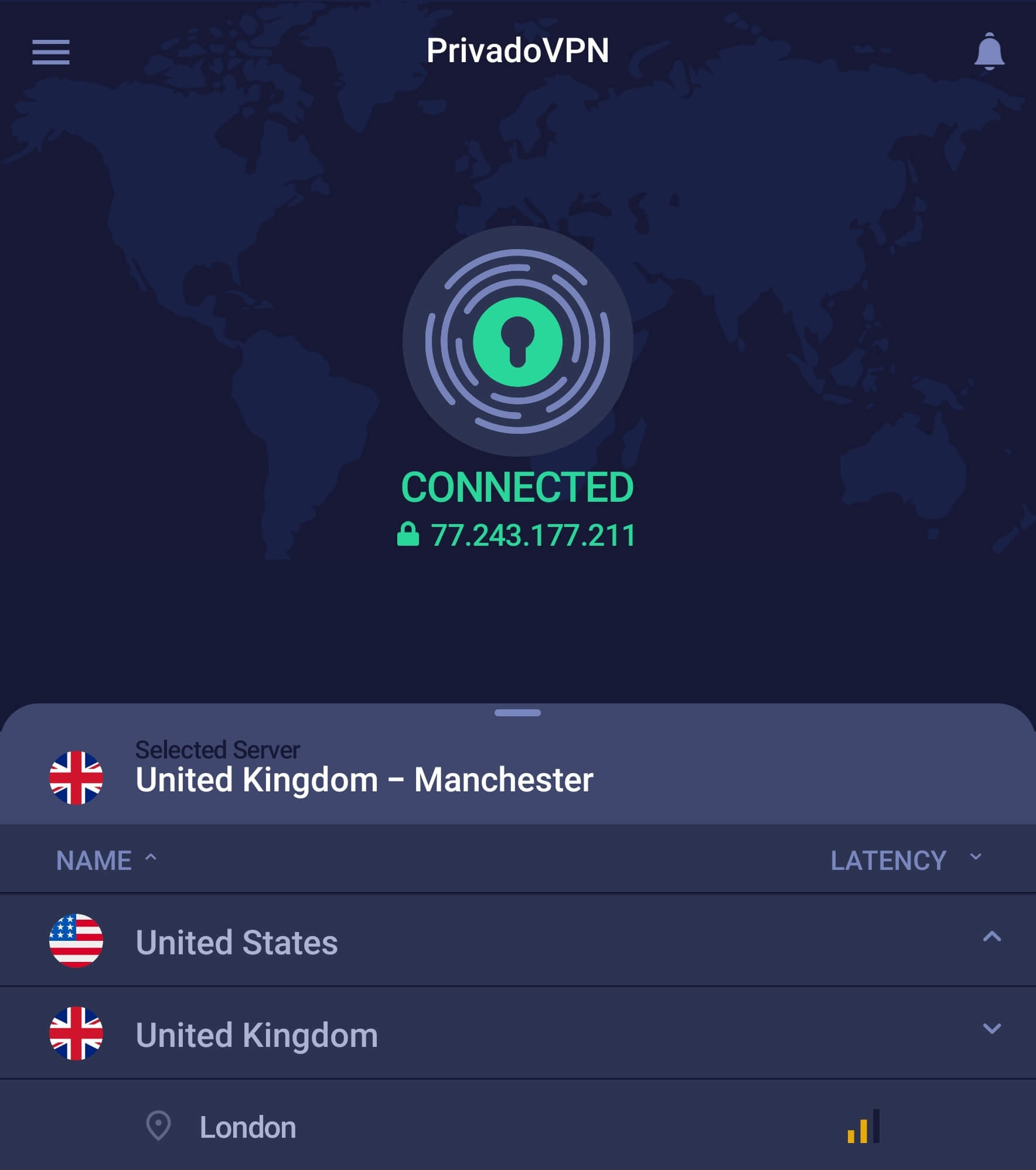 You can change your connection preferences and toggle features in Settings.

Streaming platforms like Netflix and Hulu block access to content based on your location. You can use a VPN to bypass these geo-restrictions, but many VPNs will fail since streaming platforms constantly upgrade their blocking mechanisms.

When a streaming platform detects a VPN, it prevents you from accessing content. Typically, only an industry-leading VPN like ExpressVPN can bypass restrictions on major platforms. But, PrivadoVPN surprised us.

The VPN unblocked content on Netflix in the US, so global users can watch US-specific shows with ease. It also unlocked some European locations, including the UK.

PrivadoVPN even worked with BBC iPlayer and Amazon Prime Video in some locations.

Torrenting could lead to legal repercussions when you’re not using a VPN.

PrivadoVPN openly states its support for torrenting. Its strict privacy and security measures, along with decent connection speeds make it a good choice for users.

You can use both a VPN server and the SOCKS5 proxy to download torrents.

PrivadoVPN offers most of the above features for free. You can download the app from its website, install it, and connect instantly. 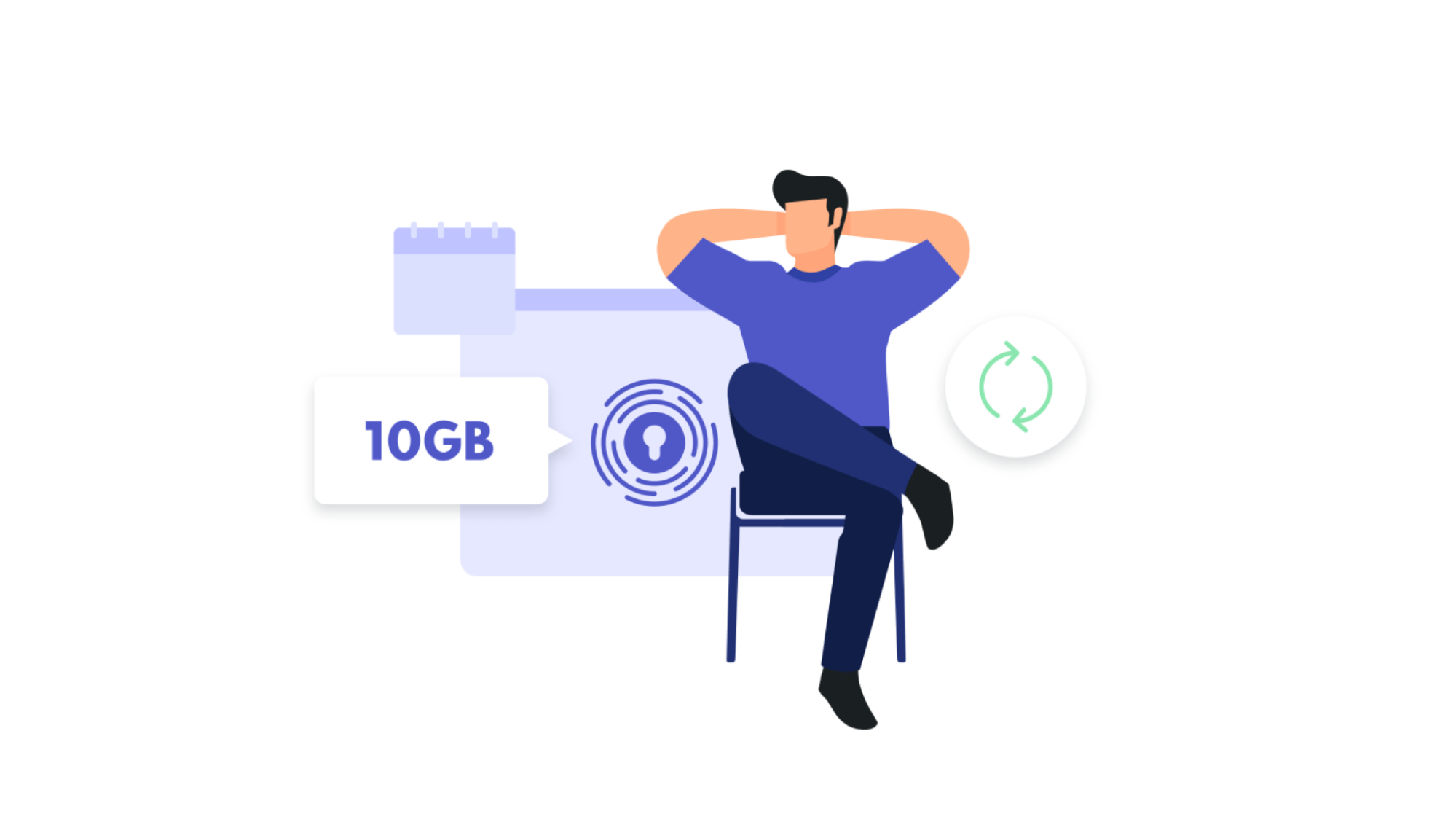 The free plan does not limit connection speeds, but you can only connect one device and choose from 12 server locations. The biggest downside of the free plan is the monthly 10GB data limit. It makes it hard to stream or download content.

But, if you want a basic VPN for daily browsing and occasional streaming, PrivadoVPN offers everything you need.

For added functionality, you can opt for its monthly or yearly paid plans.

PrivadoVPN has hundreds of server locations spread across 45 countries. This is a relatively small server network when you look at some of its competitors.

A smaller server network can hinder connection speeds because of server overload. In simpler terms, when too many users connect to the same server, download and upload speeds take a hit. The connection might become unstable.

Since PrivadoVPN’s free users are limited to 12 server locations, they might face connection issues.

While PrivadoVPN’s speeds are great in general, the VPN client stutters when it comes to long-distance connections.

Depending on your actual physical location, your PrivadoVPN connection could be slow.

This was our starting speed without a VPN connection. As you can see, it’s a very respectable 13 ms ping, 234.66 Mbps download speed, and an 11.64 Mbps upload speed.

Then we connected to another US-based server relatively close to our starting location.

Speeds dropped by 32%, which is not a great sign. You typically should look for a VPN with a speed loss under 30%.

Then we connected to a server in South Korea.

We now have a speed loss of 46%, which is certainly not ideal if you’re starting with slower speeds.

PrivadoVPN claims all users have access to 24/7 customer support via the ticketing system on its website or the knowledge base.

But there are no immediate options for support, such as a live chat or phone number. This is disappointing for VPN users since even a slight connection issue can lead to your data being unsecured.

It’s also worth noting that there is no guaranteed response time after you raise a ticket.

PrivadoVPN is focused on its users’ privacy and anonymity. There’s no doubt about that. But its stance on cryptocurrency payments for plans is confusing. 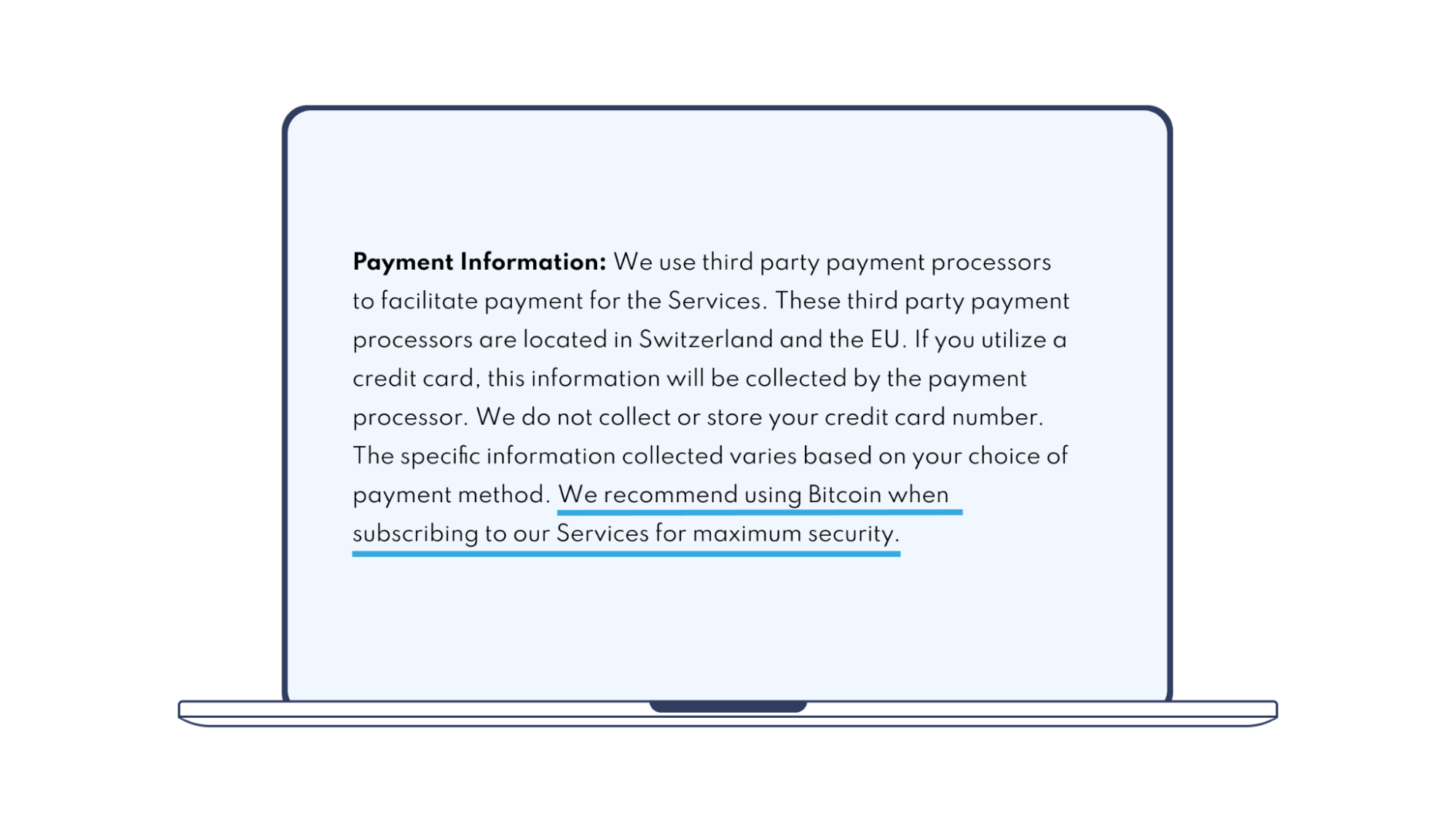 In its privacy policy, PrivadoVPN recommends using Bitcoin. It says, “We recommend using Bitcoin when subscribing to our services for maximum security.”

But, on the Payments page, there’s no mention of crypto or Bitcoin at all. Under “Payment Methods Supported,” it mentions VISA, Mastercard, Discover, and American Express. 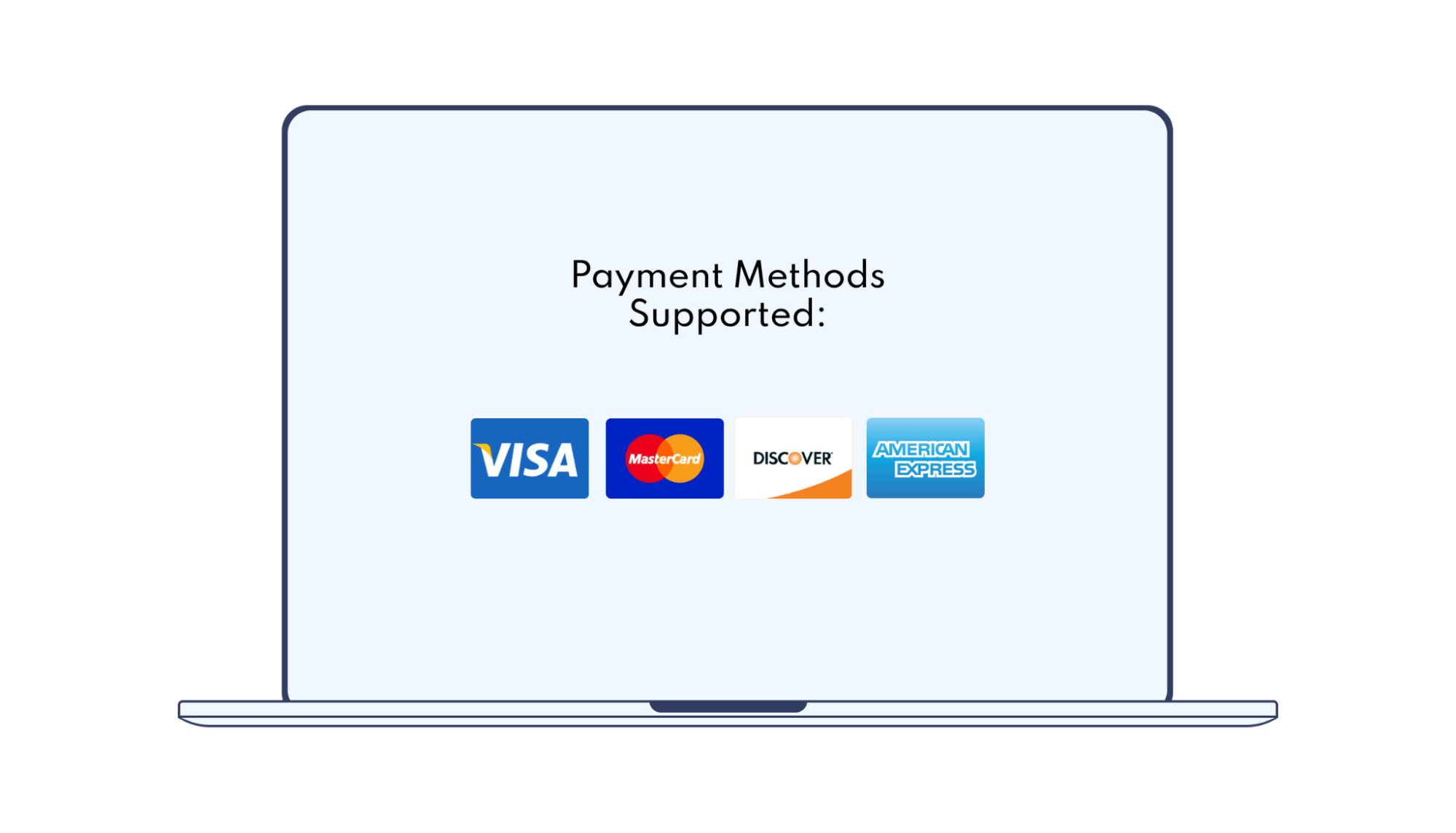 PrivadoVPN is free, but that comes with limitations — the biggest of which is the 10GB monthly data limit.

If you want to get rid of this limit, you can choose its annual or monthly plan. Both plans let you connect up to 10 devices, unlock all server locations, and provide access to the SOCKS5 proxy.

The annual plan costs $4.99 per month or $59.88 per year, while the monthly plan is $7.99 per month. Both of these prices are in line with industry standards. 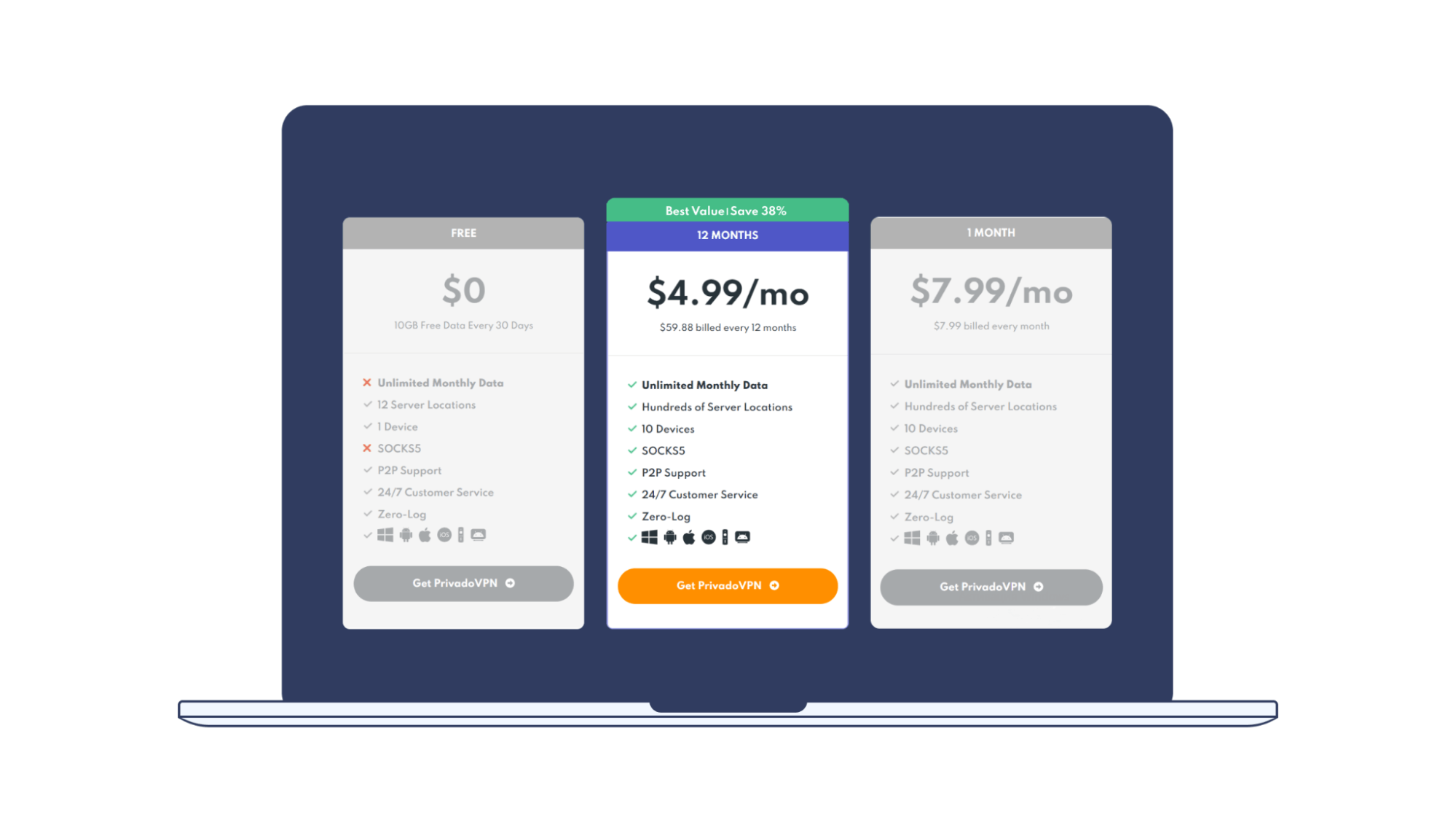 PrivadoVPN is great. But, if you’re looking for advanced security measures, more server locations, or other features, you can try these five VPNs instead.

ExpressVPN is arguably the best VPN on the market today. With 160+ server locations in 94 countries and ultra-fast connections, ExpressVPN reigns supreme.

A strict no-logs policy and a kill switch also sweeten the deal.

It also implements TrustedServer technology. This ensures all its servers are RAM-only and that no data is ever written to a hard drive.

ExpressVPN works in China and is among the very few VPNs that can successfully bypass the country’s Great Firewall.

Find out why ExpressVPN leads the pack by reading our ExpressVPN review.

Surfshark is a pocket-friendly VPN provider. It has industry-leading security features, including obfuscated RAM-only servers and a kill switch.

It’s one of the fastest VPNs on the market and lets you connect unlimited devices. It also has the CleanWeb feature, which blocks ads and malware.

Explore how this provider excels and beats its competitors in our SurfShark review.

NordVPN is a well-known VPN service. It offers blazing speeds across its 5,187 servers and is the “self-proclaimed” fastest VPN.

But it’s not just fast. It also offers anything you need in a VPN. This includes split-tunneling support, dedicated IP, and obfuscated servers.

It also has CyberSec to help you avoid malware-hosting websites and ads.

Read our NordVPN review to see why this VPN is so loved.

Private Internet Access (PIA) has been at the top of the VPN industry for 10+ years. It’s a fully transparent open-source VPN client with a strict no-logs policy. You get many secure connection protocols and thousands of virtual servers.

Our Private Internet Access review highlights why this provider is so renowned.

CyberGhost is relatively new to the VPN market. But, it has made its way intomanye “top VPN” lists for its advanced features and affordable pricing.

This VPN client has all the usual security, privacy, and accessibility measures. To top it off, it hosts specialized servers optimized for torrenting and gaming.

Learn why this VPN client has risen to the top in our CyberGhost review.

PrivadoVPN is an excellent free VPN with all the top-notch features for secure browsing and streaming. The only hindrance is the data limit, which you can get rid of by opting for the paid plans. It’s also affordable and has great apps for most platforms.

If you want to check other great VPNs, our expert VPN reviews are the way to go.

PrivadoVPN Review: A new yet dynamic VPN for 2022