Kaspersky is a leading antivirus software provider that has expanded its security suite to include a VPN called Kaspersky VPN Secure Connection. Coming from such a renowned name in online security, Kaspersky’s VPN has a high standard to live up to. While the VPN has everything you need in terms of security and access to restricted content, some privacy concerns could turn users away. Despite these concerns, the Kaspersky Secure Connection VPN is a good choice for basic browsing and streaming, especially if you get the Premium plan. In this Kaspersky VPN review, we delve into its pros, cons, and pricing. But before that, we discuss what a VPN is and what to look for in a VPN so you can find the best one for you.

A VPN or virtual private network is software that secures your connection to the Internet by creating an encrypted tunnel for all your data to pass through. This encrypted tunnel helps you maintain online anonymity and prevents your internet service provider (ISP) from accessing your data, throttling your connection speeds, and restricting content. A VPN also protects you from cybercriminals and snooping government authorities. With the right VPN service, you can:

Most users typically choose popular VPN providers like ExpressVPN or Surfshark, but if you want a different provider, here are a few things you should look for. 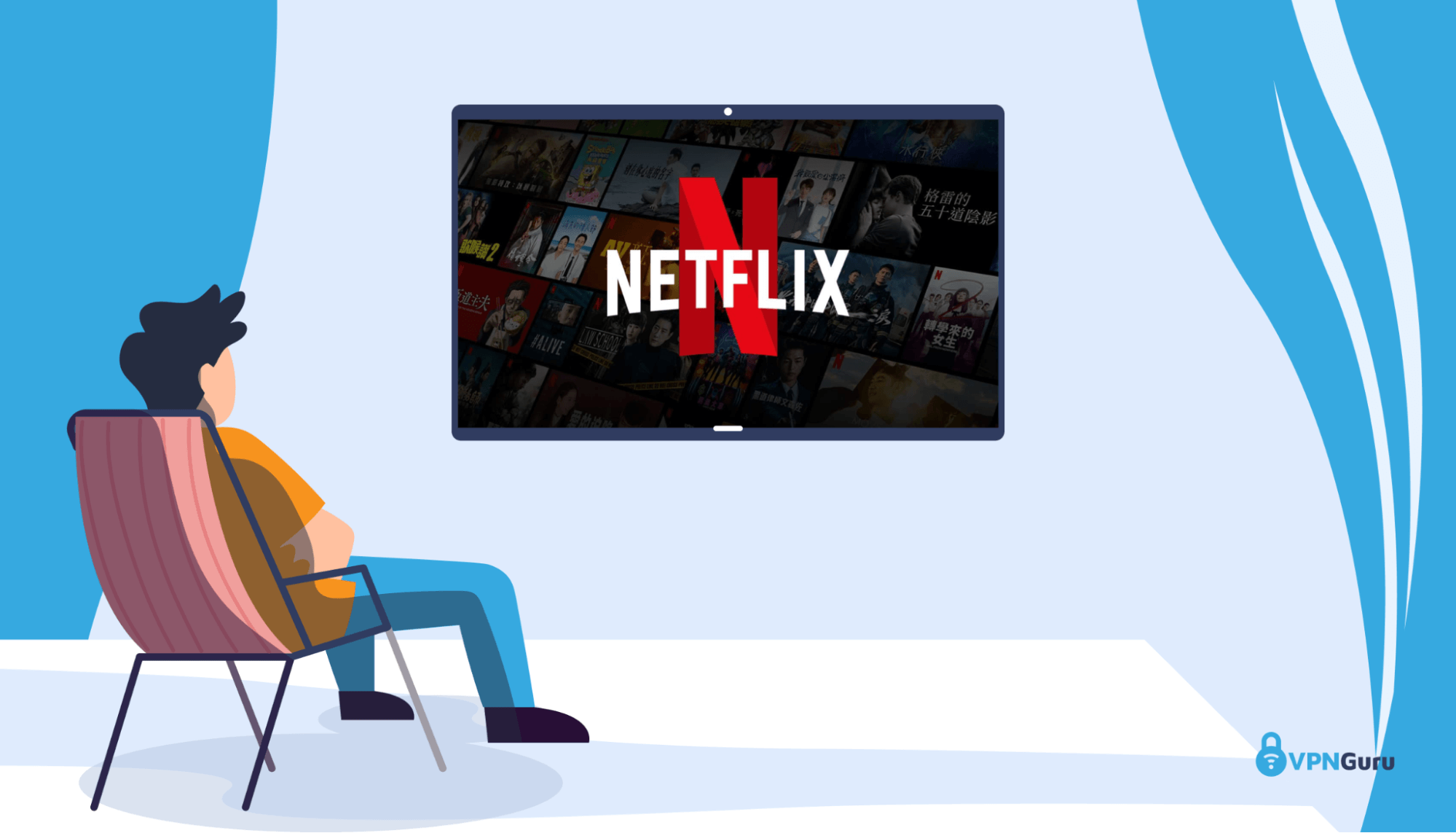 Kaspersky VPN Secure Connection helps bypass geographical restrictions placed by most streaming platforms, including Netflix and Hulu. Our tests showed that it could unlock Netflix in the US and UK, meaning you can watch shows only available in one specific region. It also worked with Hulu. However, it could not unblock content on other streaming services, like Amazon Prime Video and BBC iPlayer.

If you’re looking for an ultra-fast VPN, Kaspersky VPN Secure Connection has got you covered. When using this Kaspersky product, connection speeds were fast both for servers located close to us and those farther away. We faced no interruptions or significant speed reductions. Like most VPNs, there was a decrease in upload and download speeds, but these reductions were on par with most industry leaders and not too drastic. Long-distance servers, aka servers far away from our physical location, led to slightly longer load times for YouTube videos, but there were no major interruptions. This makes it an ideal VPN for gaming and streaming.

Kaspersky is serious about internet security, so it’s no surprise that its VPN has all the essential security features. It uses AES-256 encryption, which is military-grade encryption that ensures your data is protected to the highest degree. The VPN provider also has a kill switch that prevents access to your data when the VPN connection is interrupted. For example, when your computer is restarting after a power outage, a kill switch ensures you’re connected to the VPN before your internet connection is re-established. Kaspersky VPN Secure Connection also has adequate DNS protection, and tests showed no leaks. A DNS leak is a security flaw that allows your ISP to track your IP address and access your online activity.

Like most Kaspersky software, this VPN has dynamic apps for Windows, macOS, iOS, and Android. All of these boast a user-friendly UI, with the company’s signature green color used throughout. The desktop app, for example, has a simple button in the center to toggle connectivity along with the current server location displayed below it. You can click on the server to choose a different one or select the “Fastest” option and let Kaspersky pick the right one for you. If you’re using the Free version of the Kaspersky software, your app will show your current data usage and data limit at the bottom of the screen.

Kaspersky VPN Secure Connection is a free VPN that you can download, install, and use. It has all the basic security and privacy features and offers surprisingly great speeds for a free VPN. However, the free plan comes with a 200 MB data limit per day, which can significantly affect your streaming or gaming. The Free plan does not let you select a server either. It automatically connects to the closest one. The Premium plan is affordable, lets you connect five devices simultaneously, and unlocks advanced security features like the kill switch. It also allows you to pick from servers in 30+ countries and removes the daily data limit.

Instant customer support is crucial for any VPN since a disrupted connection could compromise your information. Kaspersky, a leading cybersecurity firm, understands this and provides 24/7 technical support through email, phone, and live chat. You can also search its user guides, knowledge base, FAQs, and community forums to solve any issues you encounter

Kaspersky VPN Secure Connection offers 2000+ servers in 30+ countries. This is a fairly large network for a VPN, but it’s relatively small compared to top VPN services like CyberGhost or NordVPN. CyberGhost provides 7,200 VPN servers in 91 countries, while NordVPN has 5,259 NordVPN servers in 60 countries. Ideally, the larger the server network, the better. A smaller network increases the likelihood of a server overload when too many users connect to the same server. Consequently, users have to struggle through inconsistent connections or reduced speeds.

Kaspersky Secure Connection’s biggest downside is that its parent company is based in Russia, which is not renowned for respecting the privacy of its citizens. While Russia isn’t part of either the Five Eyes or Fourteen Eyes intelligence alliances, its intelligence agency, the FSB, has been known to demand user data. On top of that, Kaspersky claims to store zero activity logs, but it does not have a separate privacy policy for its VPN with a clear no-logs policy. In contrast, VPN clients like Private Internet Access and NordVPN have detailed privacy policies to assure users that they don’t store any user data or activity logs. Despite these concerns, Kaspersky Lab went through an independent audit in 2019, which showed that all of its services were protected against privacy threats. The VPN has only two connection protocols — OpenVPN for Android and iOS apps and Hydra for Windows and macOS. Both protocols are secure, with OpenVPN being the gold standard, but most top-notch VPNs offer other protocols like IKEv2 and WireGuard for users to choose from.

Kaspersky VPN Secure Connection doesn’t offer advanced connection features like split tunneling, where some apps connect through the VPN, while others don’t. It also doesn’t include multi-hop, where your connection can be routed through several servers at once to boost security.

As mentioned earlier, Kaspersky is a free VPN. To get rid of the data limit and access more servers, you need to sign up for its Premium plan. You can choose between a yearly subscription, which costs just $29.99, or a monthly subscription for $4.99 per month. You can connect five devices simultaneously per subscription. These prices are well below industry standards and are excellent for the features that Kaspersky offers. Simply put, Kaspersky VPN Secure Connection is not the most advanced VPN and is priced accordingly.

Kaspersky VPN Secure Connection is a good choice for beginners and those looking for a free VPN, but it doesn’t offer as much as the top VPN providers. Here are some alternatives that you can check out.

ExpressVPN is renowned in the VPN industry thanks to its extensive feature list and top-notch performance. The provider has thousands of servers in 94 countries, a strict no-logs policy, ultra-fast connection speeds, AES-256 encryption, and all the latest features. It’s one of the few VPNs that will work in China and bypass the comprehensive restrictions known as the Great Firewall. It also stands out with its TrustedServer technology, where all servers are RAM-only and wiped on every reboot. This is the most advanced VPN server technology. For a comprehensive look into this provider, read our ExpressVPN review.

NordVPN is a high-level VPN with the best privacy and security features you could ask for. It’s known for blazing connection speeds, its ability to bypass geo-restrictions on most streaming platforms, and obfuscated servers that hide the fact that you’re using a VPN. NordVPN offers unique security and privacy measures, such as IP masking, double IP (where you can change your IP twice for extra protection), Onion Over VPN, and split tunneling. Our NordVPN review explores this provider’s features in detail.

Surfshark is popular because it provides all the features of a top-notch VPN at a very affordable price. It’s among the best VPNs on the market today, with over 3,200 servers in 65 countries. All of these servers are RAM-only, and the provider has a strict no-logs policy. The provider has Camouflage mode, which hides the fact that you’re using a VPN from your ISP. Surfshark’s other notable features are its kill switch, NoBorders mode, ad-blocker, malware protection, and 24/7 customer support. Not only are its subscription plans cheap, but you can connect unlimited devices. Read our Surfshark review to see why this provider is so universally loved.

Private Internet Access (PIA) has been in the VPN industry for over ten years and is renowned for its privacy and security measures. The provider enables advanced split tunneling while blocking ads and malware. It also has advanced encryption settings and multiple secure connection protocols. PIA values transparency, so its software is fully open-source. It also publishes a Transparency report to show the number of legal requests it receives for user data — all of which are unsuccessful since PIA has a no-logs policy. Our Private Internet Access review goes through everything this provider has to offer.

CyberGhost lives up to its name with advanced privacy features that have earned this provider a place among industry leaders. AES-256 encryption, secure connection protocols, NoSpy servers, and DNS leak protection are some of CyberGhost’s security measures. The provider has 7,200 servers in 91 countries and has specialized servers for streaming and torrenting. For added privacy, the provider is headquartered in Romania, which isn’t part of any intelligence alliances. It also has a no-logs policy. Check out our CyberGhost review to see how this provider excels.

Overall, Kaspersky’s VPN might not be the best in the industry, but it’s still a worthwhile option to explore. It has a decent Free plan, which allows for browsing and limited streaming, but the Premium plan is ideal for those looking to stream, game, or download large files. If privacy is your main reason for choosing a VPN, Kaspersky VPN Secure Connection is not your best bet. However, it still has decent features to offer users. You can find the perfect VPN for you by reading our expert reviews and blog.