Home > VPN Reviews > BTGuard VPN Review: Can a BitTorrent Proxy be a VPN?

BTGuard VPN Review: Can a BitTorrent Proxy be a VPN?

Built specifically for torrenting, BTGuard is a BitTorrent proxy that also functions as a VPN. While it may include many VPN features and capabilities, its small size and limited server locations put its reliability into question.

Torrenting is a risky business without the right security. Without a virtual private network (VPN) or proxy service, peer-to-peer file sharing can quickly compromise your privacy and security during downloads. BTGuard is purpose-built to protect against this risk, working mainly as a VPN and proxy for the popular torrenting client BitTorrent.

But is it possible to use BTGuard as a full-blown VPN, or is it only good for BitTorrent? Find out as we explore BTGuard and see how it compares to other leading VPNs.

Is BTGuard a Proxy or VPN?

Both proxies and VPNs can hide your IP address, but only a VPN can secure your connection in the process.

A proxy acts as a “gateway” by rerouting your connection through its servers. By doing so, proxies replace your IP address with their own, disguising your identity.

A VPN works similarly to a proxy; the only difference is that it also uses encryption to secure the connection between your computer and its servers. This VPN connection replaces your local ISP routing, ensuring that both your identity and data remain safe from prying eyes.

VPNs are undoubtedly the more secure solution, but which is BTGuard? While we’ll treat BTGuard as a VPN for the sake of our review, its performance and capabilities are closer to those of a “secure proxy.”

Read on to learn more about BTGuard’s performance and how it stacks up against other top VPNs.

It’s not hard to see why BTGuard is a “scaled-back” VPN.

However, the comparison isn’t entirely fair. After all, BTGuard VPN is only for a single connection using BitTorrent, making many simultaneous connections and extra security features somewhat unnecessary.

BTGuard’s server network makes it look especially small against most VPNs. Where most providers offer networks boasting thousands of servers in a wide range of countries, BTGuard VPN offers only three servers in three countries: Canada, Singapore, and the Netherlands.

With such a small network, BTGuard VPN users shouldn’t expect high speeds. A demo video from the company shows a download speed of only 600 kBps, or roughly 4.8 Mbps. With most VPN services offering speeds upwards of 100 Mbps, BTGuard is abysmally slow. 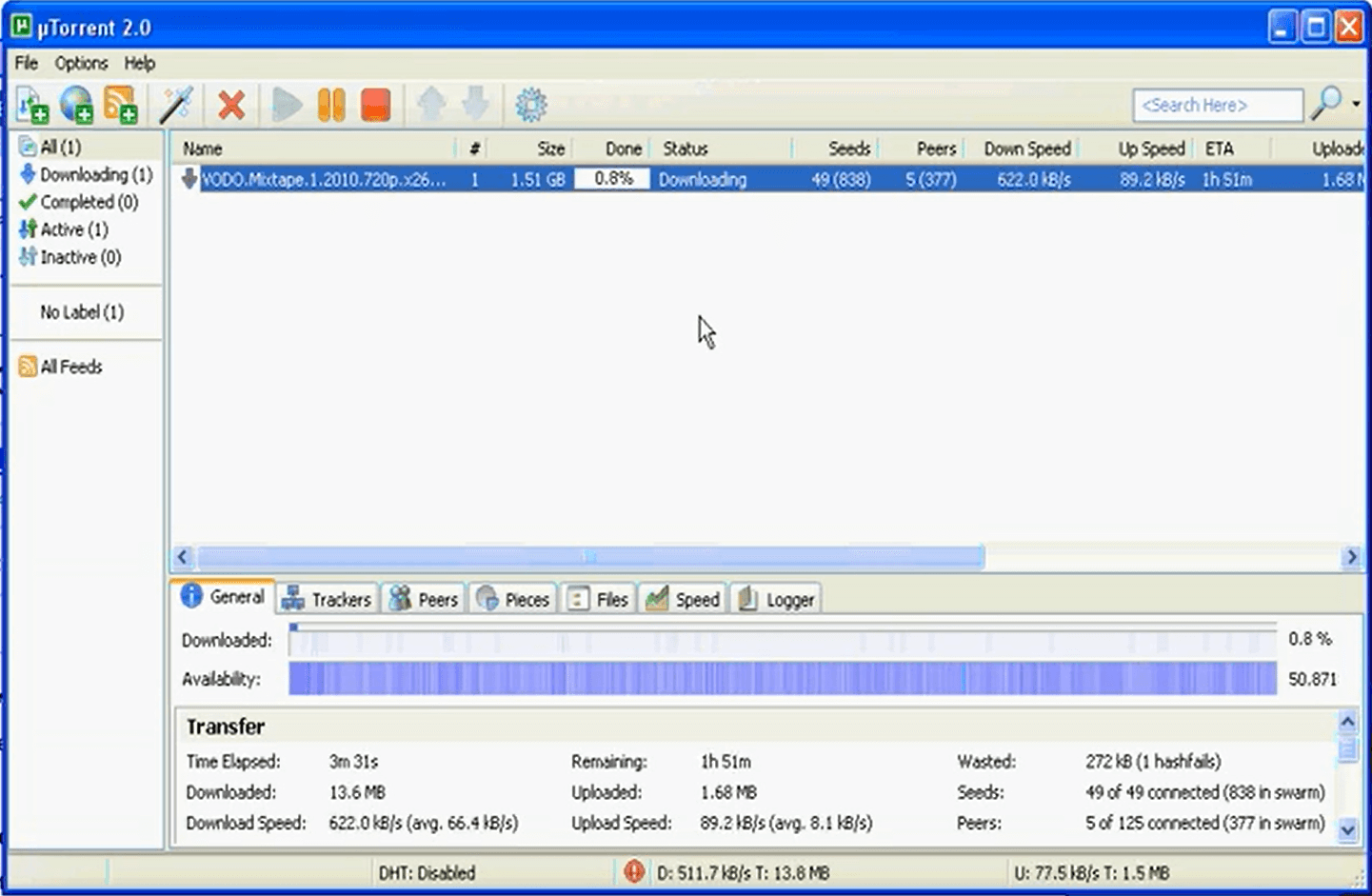 To be fair, this performance is understandable for a VPN client purposely built for a specific type of torrenting. On that note, one major benefit of BTGuard is its unlimited bandwidth. Combined with a reasonable download speed, it’s a solid performer for BitTorrent users.

Why torrent your favorite shows when you can just unblock them?

Unfortunately, BTGuard users expecting VPN-like unblocking might find piracy more appealing (again, we don’t recommend this). Due to its limited network, BTGuard can only unblock websites in Canada, The Netherlands, and Singapore, leaving the US and most EU-based streaming services blocked.

With no servers in China, the BTGuard VPN client also can’t unblock the Great Firewall of China. Users looking to unblock the Chinese firewall should be considering more robust VPNs like ExpressVPN.

While BTGuard VPN lacks many security features, it still offers AES 256-bit encryption and VPN protocols (OpenVPN and PPTP). However, at the time of our review, BTGuard wasn’t offering other common VPN protocols such as LT2P and IPSec.

Again, BTGuard’s primary focus is securing torrenting and P2P connections. While it definitely secures connections better than most proxies, the lack of extra security features makes it far less robust than most VPNs.

Based in Canada, BTGuard exists in an “unsafe” jurisdiction with laws that allow the government to request logs and user activity. While many VPN providers in unsafe jurisdictions counter this risk with a no-log policy, BTGuard collects a limited (albeit unclear) amount of personal information. 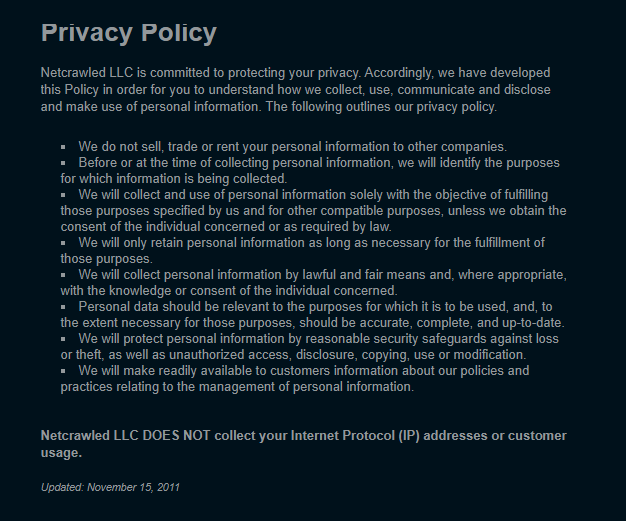 On the flipside, BTGuard’s privacy policy expressly states that it stores “no records of usage.” However, the exact data it does collect is currently unknown.

BTGuard is compatible with every major operating system on every device, including iOS and Android for mobile users.

While users can set up BTGuard on any device they want, the VPN service provider only allows one user and one simultaneous connection per account. In other words, BTGuard is best for individual users torrenting on a single device at a time.

Users with multiple devices or network clients should look to VPN providers like Surfshark, which offers unlimited simultaneous connections for every account.

BTGuard’s user experience is mixed. While BTGuard requires manual setup on every device, the setup process is extremely straightforward thanks to easy-to-follow setup instructions. Users have further support through BTGuard’s use of OpenVPN, which is also available on both desktop and mobile devices.

However, the user interface and support can be frustrating at times. Users must re-enter their username and password every time they connect to a server, which is pretty inconvenient. Support is also limited to a ticket system, with some users reporting a ticket turnaround time of up to three days. 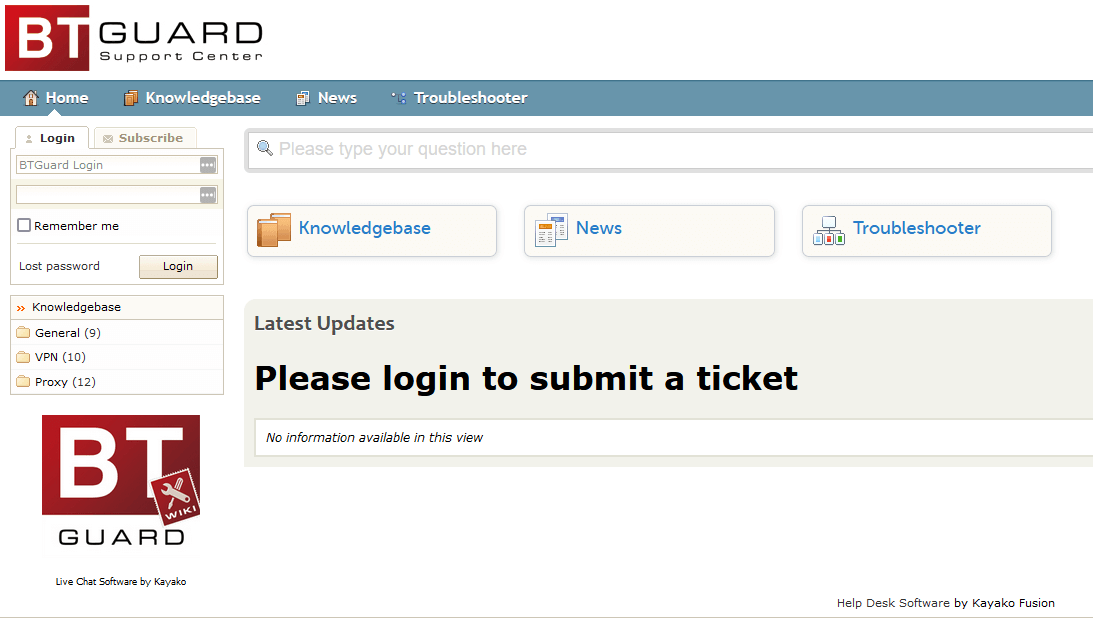 Thankfully, BTGuard still offers pretty solid support documentation and FAQs. Combined with a relatively simple setup and user interface, the VPN provider isn’t likely to give users too many problems.

Like most other VPN service providers, BTGuard offers a progressive pricing scheme with discounts for long-term subscriptions. However, pricing also depends on whether you buy BTGuard’s base proxy or “upgraded” VPN service.

The base proxy starts at $6.95 per month and only secures BitTorrent traffic. To secure web browsing, email, and other apps and activities, users must subscribe to the $9.95 per month “VPN” plan.

At this price, BTGuard has a similar cost to other leading VPNs — and that’s with significantly fewer features. Even when long-term subscriptions offer slightly cheaper monthly rates, even the best VPNs still come at only a slight premium.

With better features and better performance available at only a slightly higher cost, we can’t say that BTGuard offers a good value. 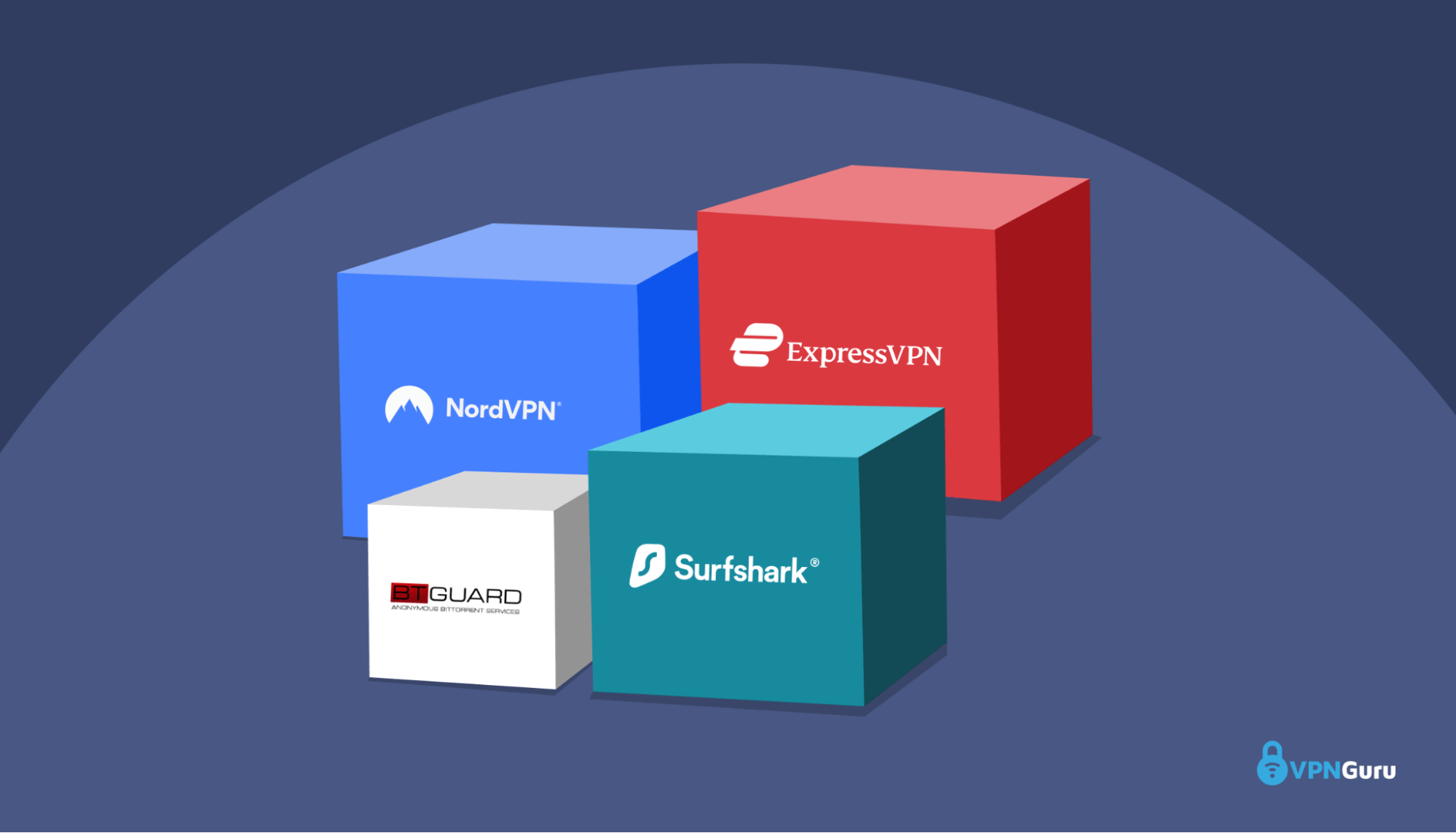 For about the same price as BTGuard (if not less), you can get one of these top VPNs and completely secure your torrenting, browsing, and identity all in one package. Read on to learn more about some of our favorites, or check out the rest on our VPN review page.

The most popular VPN in the world, ExpressVPN blows BTGuard’s three servers out of the water with over 3,000 servers in more than 90 countries. With such a robust network, ExpressVPN users enjoy significantly faster download speeds backed by top-notch encryption and security features.

ExpressVPN’s starting price of $12.95/month comes at only a slight premium over BTGuard. With better prices available with longer subscriptions, the premium is more than worth it if BTGuard is already within your budget.

Another leading VPN, NordVPN features an impressive network of 5,500 servers in 60 countries — much more than most VPNs on the market. Such a large network has helped NordVPN earn its strong reputation for performance, offering some of the highest possible download speeds for torrenting and browsing.

NordVPN also supports torrenting, providing the best possible download speeds and security with a network of specially appointed P2P servers. While the starting monthly price is slightly more expensive than that of BTGuard ($11.95 vs. $9.95), it’s still well worth the extra features and performance.

With 3,200 servers in 65 countries, Surfshark is another robust alternative. With unlimited simultaneous connections and an extremely simple user interface, Surfshark is an especially great solution for users with multiple devices or shared networks.

Surfshark also offers the same security and privacy features as other top VPNs, including AES 256-bit encryption. With excellent P2P support and great security, Surfshark is another great choice for torrenting, browsing, and more.

Is BTGuard a Good VPN?

Unfortunately, we can’t recommend BTGuard as a stand-alone VPN. While it’s a decent BitTorrent proxy, its extremely limited servers and scaled-back features offer nowhere near the security or performance of leading VPNs like ExpressVPN, NordVPN, and Surfshark.

While some users may not need more features than what BTGuard already provides, it’s hard to justify. At only a slight premium (or less), users can get a VPN with significantly better security, performance, and torrenting support.

BTGuard VPN Review: Can a BitTorrent Proxy be a VPN?