Avira Phantom VPN Review: Is This Free VPN Worth It?

Avira is a well-known cybersecurity software provider that entered the VPN market in 2016 with the launch of Phantom VPN.

While it might seem like a logical progression considering Avira’s focus on online safety, the VPN market is extremely competitive, with the likes of ExpressVPN and Surfshark offering top-notch features.

Avira Phantom has made a name for itself despite the competition since it’s a free VPN that works on multiple platforms with a great feature list.

In this Avira Phantom VPN review, we’ll delve into the VPN service’s pros and cons so you can see if it is the right fit for you. 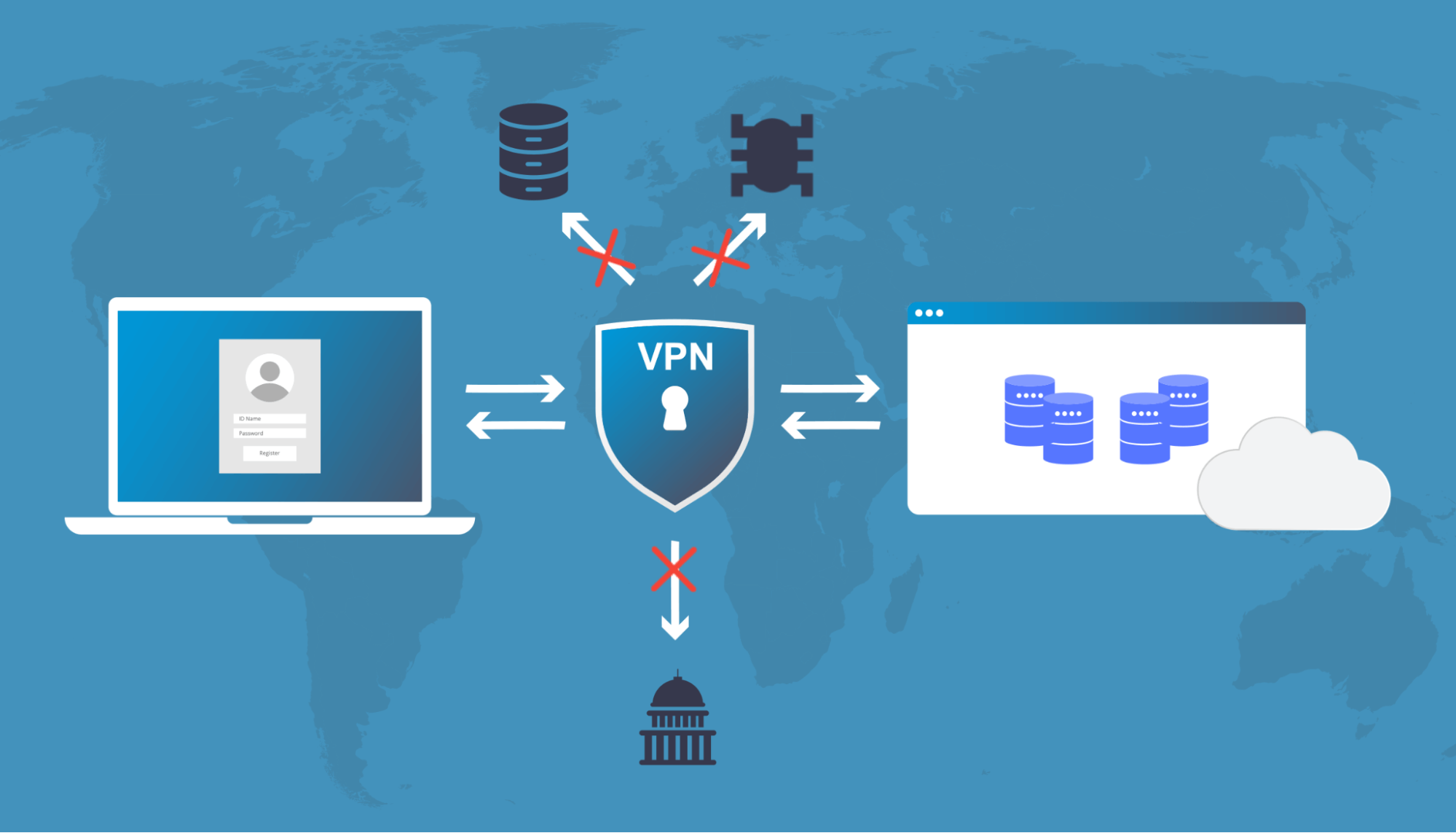 A virtual private network (VPN) is software that masks your online movement and helps you maintain anonymity by creating an encrypted tunnel for all your data to pass through.

Essentially, everything you do online while connected to a VPN server is encrypted, so your internet service provider (ISP), authorities, and cybercriminals cannot access your IP address or data.

Top-notch VPN providers like ExpressVPN and Surfshark offer different connection protocols, each with its pros and cons.

Some standard protocols are:

Many smaller VPN providers offer only some of those protocols or have custom protocols of their own. Avira Phantom, for example, provides OpenVPN, WireGuard, and IKEv2.

Here’s what you need to look for when selecting a VPN: 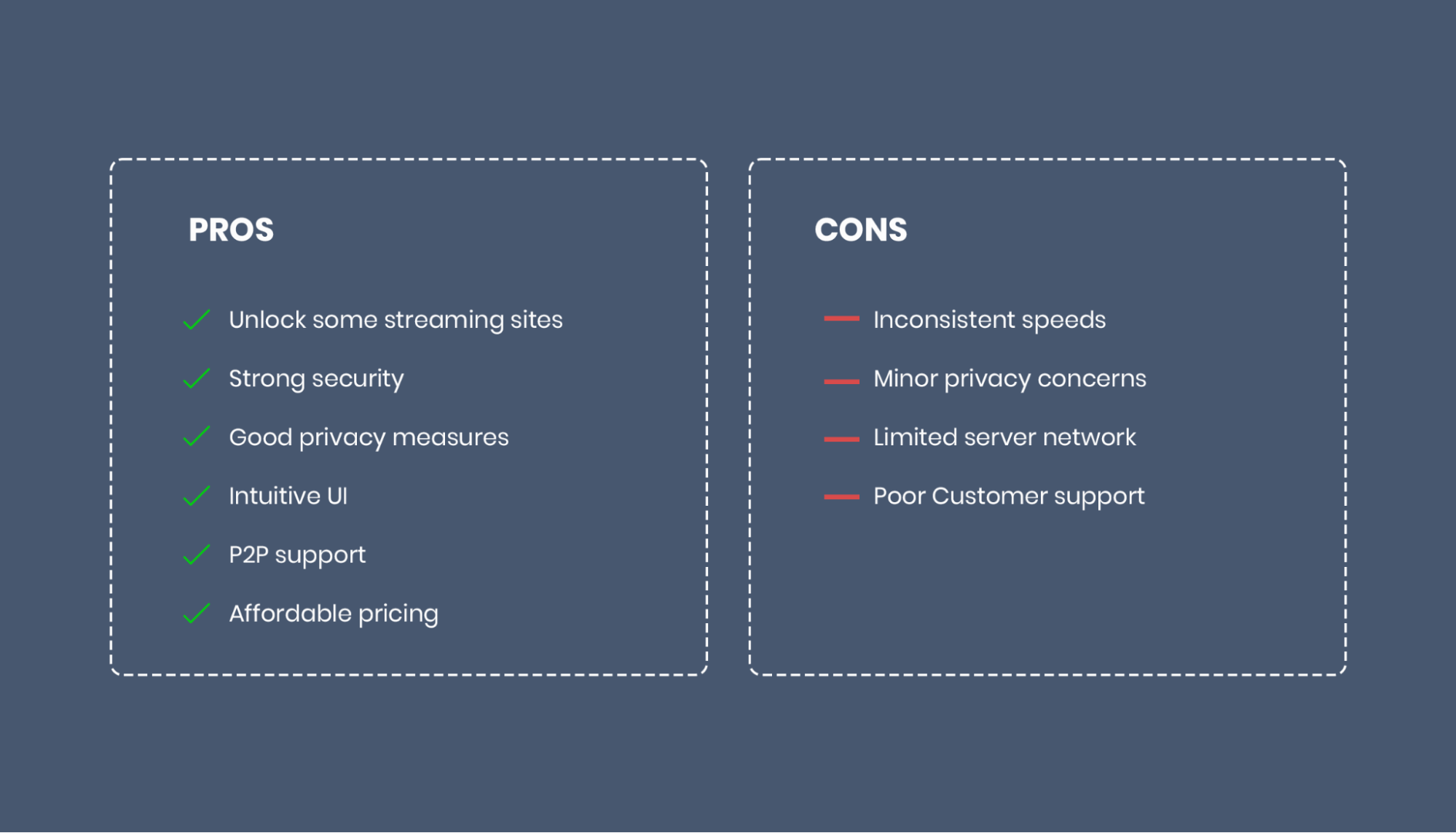 Let’s delve into its pros and cons, starting with the pros.

Avira Phantom is great for streaming on Netflix. It unblocks content across the U.S. and UK, so you can access shows and movies from those regions, regardless of where you’re based.

This is an impressive feat considering that some of the best VPNs on the market struggle with Netflix’s geo-blocking.

Avira Phantom, however, failed to get past geo-blocks on other popular platforms, including BBC iPlayer and Hulu.

Despite being a free VPN, Avira Phantom uses the best encryption protocol — AES-256. This is military-grade encryption that most experts consider “unbreakable,” so your data is unlikely to fall into the wrong hands.

Avira Phantom also operates its own DNS servers, and there were no IP leaks when tested.

Pro users get access to a kill switch, which is a feature that disconnects your Wi-Fi connection whenever the VPN’s operation fails. This is an extra security measure if the VPN application crashes or the computer turns back on after a power outage. 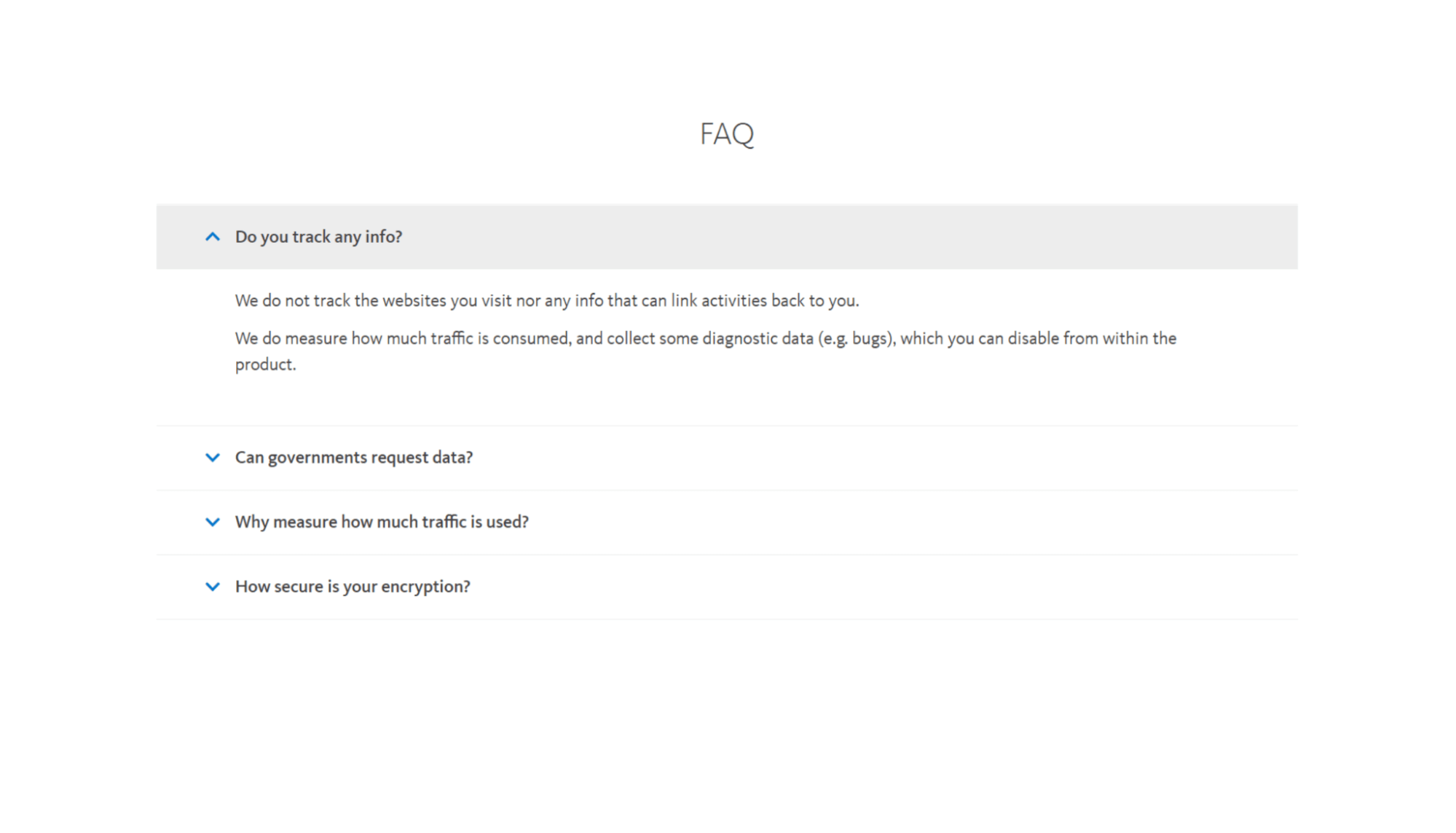 Avira Phantom has a no-logs policy, which means they have no data on what you’re doing when using the VPN.

As the company says on its website: “We must legally comply with the legislation in countries we operate, so we ensure we have nothing sensitive to share.”

This is reassuring for users that want to keep their online activity private.

All of these apps have an easy-to-use user interface. The connection button, server choices, kill switch, settings, etc., are right where you need them.

There’s no clutter, and the apps are very accessible. For example, when you open the Android app, there’s a single on/off button on the home screen with your virtual location under it.

You can easily explore and tweak settings or account information using options on the corner of your screen.

Avira Phantom supports torrenting. The company even states so on its website, which is impressive.

Regardless of how long they’ve been in the industry, many VPNs do not openly state that they support P2P sharing but allow the functionality. Avira Phantom is among those rare services (like NordVPN and CyberGhost) that directly state it.

It’s worth noting, though, that Avira Phantom VPN does not offer P2P-optimized servers like the others mentioned above. 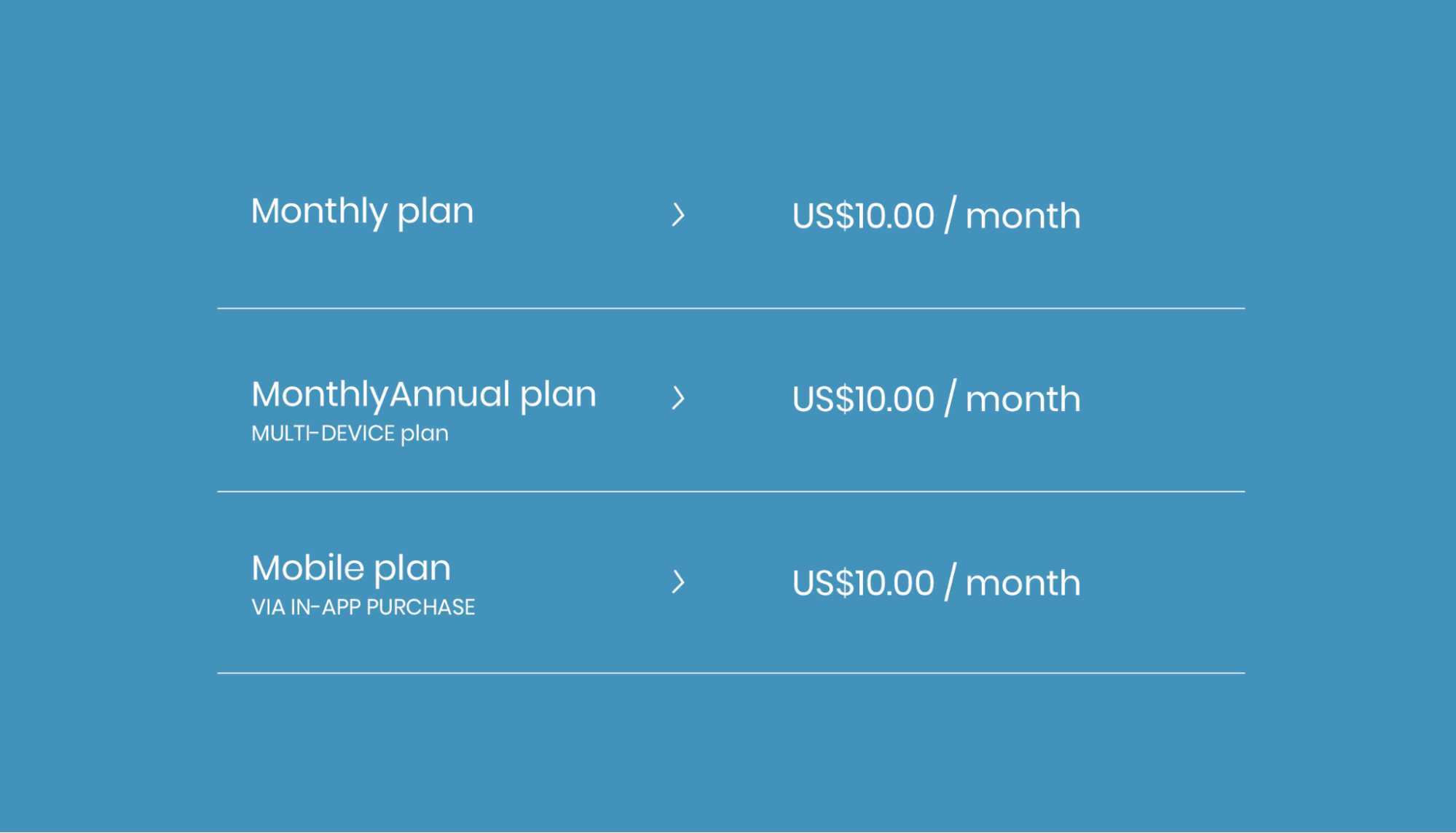 For a free VPN, Avira Phantom packs a punch. It offers all the necessary features, gives you unrestricted access to major streaming platforms, and keeps you safe when you’re online.

You can even use the VPN on unlimited devices.

But, there are limitations on the free plan, such as a 500MB data cap, no kill switch, and the inability to change server locations.

To access slightly more advanced features, get better customer support, and get rid of the data cap, you can upgrade to Avira Phantom VPN Pro, which is reasonably priced.

However, when trying to connect to a server outside your country, there’s a noticeable drop in speed.

For example, if you’re in the U.S., your connection will be inconsistent when choosing a server located in the UK or Asia.

While Avira’s no-logs policy and kill switch are excellent for privacy, the VPN service is based in Germany.

Germany is a member of the 14-eyes intelligence alliance, including the U.S., UK, Belgium, and Italy.

Intelligence alliances like 5-eyes and 14-eyes are a privacy concern since they allow member countries to spy on their own citizens using another country as a proxy.

However, it’s worth noting that Avira has stated it doesn’t collect logs, so it can’t share any user data with authorities, even when requested.

Avira claims to have 1,400 servers in 37 countries. By comparison, competitors like ExpressVPN and NordVPN have thousands more servers across many more countries.

When a provider has a limited server network, there’s a higher chance that too many users will be trying to connect to the same server, overloading it and leading to poor download and upload speeds.

So, Avira’s users could face interruptions while streaming or gaming, especially since Free users don’t have the option to change their server.

Users need quick support to fix technical issues with a VPN, but Avira doesn’t offer any customer support to free users. They must rely on the Knowledge Base instead.

Avira Phantom Pro users can get support via both email and phone, although response times are not guaranteed.

Not providing customer support is bad for any VPN provider since a dropped VPN connection removes data protection and could lead to leaks.

Most people use Avira Phantom for free through their desktop, Play Store, or App Store apps. But, if you want customer support and varying server options, you need to subscribe to Avira Phantom Pro.

You can subscribe to the monthly plan for $10 per month or a yearly plan for $78 per year. If you’re primarily a mobile user, you can get the mobile plan for $5.99 per month on unlimited mobile devices.

If you want complete protection, you can also opt for Avira Prime, which gives you access to their VPN, antivirus, and other security software for $100 per year.

While the monthly plan for the VPN is priced according to industry standards, the annual plan’s pricing is quite steep compared to the leading VPN providers on the market today.

NordVPN, for example, has a yearly plan for $59. Surfshark offers a two-year plan for $59.76. Both these providers offer advanced features and more functionality than Avira.

Despite its stellar name in the security industry, Avira’s VPN doesn’t quite hit the mark. If you’re looking for a more robust option, here are five of the best:

ExpressVPN is arguably the most popular VPN on the market today. With thousands of servers in 94 countries, advanced privacy and security features, and multiple payment options, ExpressVPN has made a name for itself through great performance.

It’s also one of the only VPN services that can get past the Great Firewall, a nickname handed to China’s ultra-strict internet regulations.

Our ExpressVPN review explores the provider’s features in detail.

NordVPN has been backed by major YouTubers, including PewDiePie, for its commitment to privacy and superb connection speeds. The VPN uses AES-256 encryption, offers 5,000+ servers, a kill switch, split tunneling support, and 24/7 customer support.

You can read our NordVPN review to see why this provider is so loved.

Surfshark offers everything a high-level VPN should — thousands of servers, the best encryption protocol, multiple connection options, adblocking, etc. You can get all of this and more for just $2.49 per month (with their 24-month plan). Its pocket-friendly pricing and the ability to connect unlimited devices make it a great choice for most users.

Check out our Surfshark review to see if this is the right provider for you.

A veteran of the VPN industry, Private Internet Access (PIA) has stayed firmly on most “Top 10 VPN” lists for its comprehensive features. PIA is completely transparent with its open-source software and offers ad-blocking, advanced encryption settings, and 24/7 customer support.

Learn why everyone trusts this provider in our Private Internet Access review.

CyberGhost has been gaining popularity as a reliable VPN provider thanks to its strict no-logs policy, AES-256 encryption, P2P-optimized servers, and tons of other very useful features. So whether you’re a casual VPN user or one that wants to tweak advanced settings, CyberGhost is a good choice.

Find out more in our detailed CyberGhost review.

Avira Phantom is a lightweight VPN that’s great for general browsing or social media. The free version’s data cap hinders streaming, but you can remove this restriction by getting the Pro version.

You could take a shot at Avira Phantom, but in 2021 there are better options at your disposal with more advanced features and cheaper pricing.

See which VPNs are top of the pack this year in our expert VPN reviews.

Avira Phantom VPN Review: Is This Free VPN Worth It?