When should I use a VPN?

Do you worry about your information getting into the wrong hands when you’re online? You’re not alone. One survey found that 2/3 of Americans are more worried than ever about their privacy.

We do just about everything online, from banking and online shopping to filing our tax returns and making confidential appointments. When you think about all of the cyber attacks we hear about in the news, it’s understandable to be fearful.

But a VPN service may be able to help. Keep reading to find out what a VPN is and how it could keep your information secure, plus many other bonuses.

What a VPN is and when you should use one

A VPN (or virtual private network) is a service that creates a private network from a public internet connection. It allows you to hide your IP address from the world to keep your private information secure.

It can give you privacy and security online by creating an encrypted tunnel that all of your data passes through. By doing this, you’re masking your IP address. If someone were to look up your masked IP address, they wouldn’t be able to see any personal information.

You should consider using a VPN app if you’re concerned about your privacy, as it’s even more secure than your own private connection at home.

This is especially true when you’re out in the world using public Wi-Fi. Any data transmitted when using a public Wi-Fi connection can be intercepted. Now, consider whether you’ve ever checked a sensitive email while connected to Wi-Fi in a coffee shop. Even worse, maybe you checked your banking information.

If you were connected to public Wi-Fi, any activity you engaged in could be snooped on by someone on the same network.

However, the most common reason people use VPNs is to bypass regional geoblocks. A VPN server can make it appear as though you’re in another country, giving you access to streaming content that is only available there. 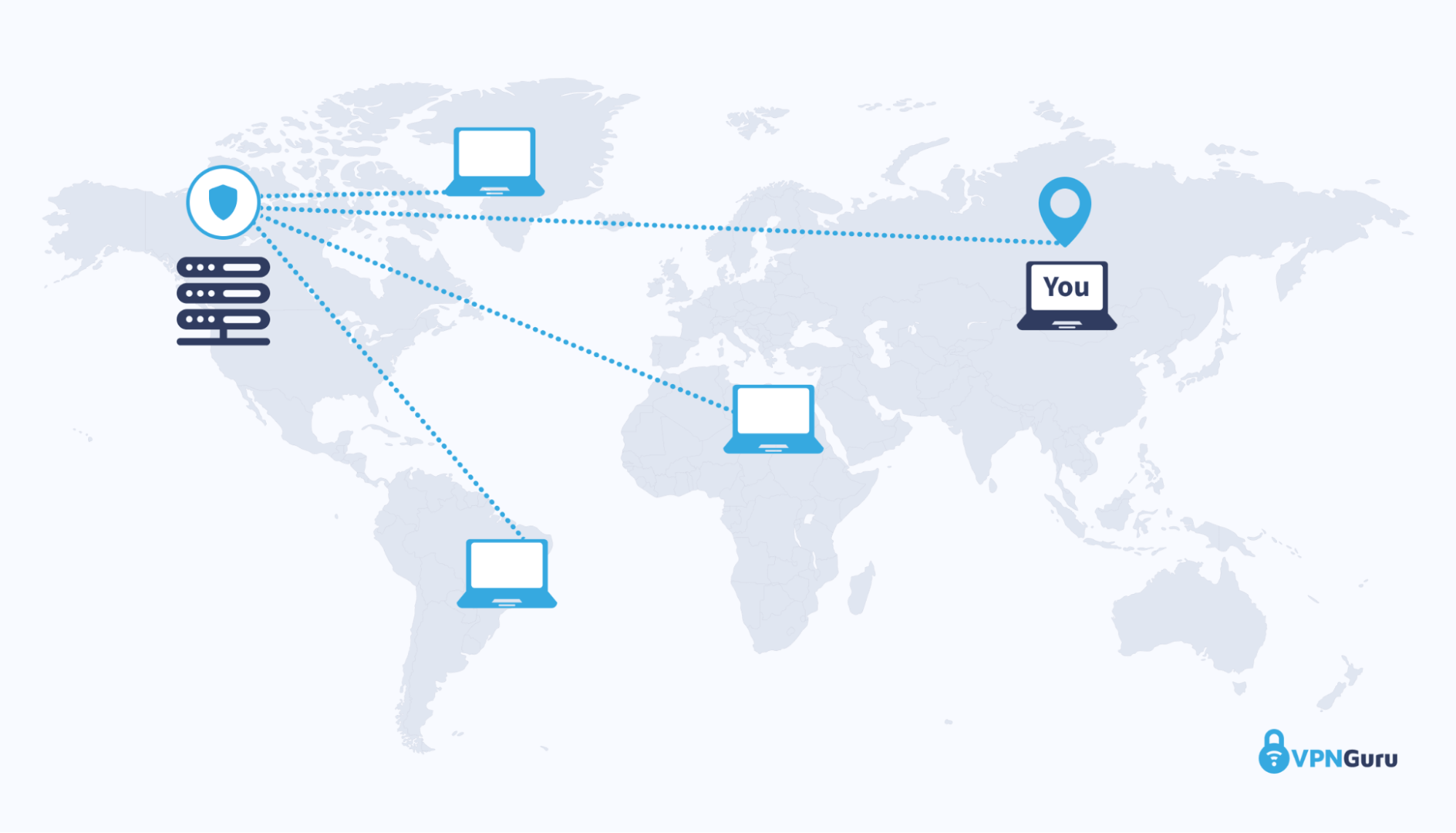 7 ways a VPN can benefit you

A VPN can benefit you in many ways. Let’s take a closer look at some of them.

1. Keep you secure on public Wi-Fi

As we mentioned, using public Wi-Fi can put you in the line of sight of hackers and cyber snoops. Your IP address is easily accessible when connected to your coffee shop’s Wi-Fi, and if you’re doing anything more than browsing the internet, you could be exposing yourself to password breaches or worse.

Consider using a VPN connection if you find yourself working in coffee shops often, or if you’re a student using school Wi-Fi.

Hackers position themselves between you and the connection point. All information you send out, like your banking information or personal emails, is first intercepted by the perpetrator before being sent to its location.

If you’re using a VPN service provider, that data is encrypted.

More people are becoming concerned about data privacy when online. In fact, 92% of people have at least one concern related to their online privacy.

When you use a VPN online, all of your data is encrypted. Nothing you send out is made readily available to hackers.

Not only that but your IP is masked, meaning your true IP address is never shown to anyone. Seeing as cybercriminals can use your IP address to find out what you do online and even where you’re accessing the Internet from, this is a clear benefit.

A VPN server can also work wonders when it comes to blocking intrusive ads. Some VPNs, like NordVPN, have built-in ad and malware blockers. Plus, if you use a VPN, ad trackers can’t be installed. If you’ve ever looked up something online only to see it advertised everywhere, you’re being targeted by ad campaigns. A VPN can put a stop to that.

3. Speeding up your internet (sometimes)

While using a VPN will often slow your Internet connection down by a small percentage, it can actually speed things up for some people.

If your ISP is not sending your connection along the most efficient route, your speeds will suffer. This could happen for many reasons, and it’s not always clear why.

A VPN can reroute your connection, hiding where your traffic is going and coming from. This could be what gets your ISP to send your connection through a more efficient route, thereby increasing speed every time you connect.

4. Save you money when buying flights

A VPN can save you money when shopping online.

The biggest savings you’ll find comes from purchasing flights online. Airlines (and travel companies in general) have some tricks in place to maximize profits.

When you visit an airline and look up a particular flight, it may be $600. If you were to go back to it a couple of hours later, it would have likely gone up. Why?

Your browsing history is tracked using cookies. Airlines know exactly what flight you checked out the first time, and when you go back, they’ll up the price as a way of scaring you into purchasing right away.

A VPN server can hide your identity and, more often than not, get you a lower price on air travel.

If you do a lot of money transfers online (or just bank online often), you could be at risk of a security breach. Without a VPN, your personal banking information could be accessed.

If you use a VPN provider while online banking, all of your information will be encrypted and almost impossible to access.

Because a lot of us do our banking on mobile devices, it’s important to have a VPN subscription to a service that also supports iOS and Android. Thankfully, VPNs like Private Internet Access have solid mobile apps that are easy to use and will protect you with the click of a button.

By far, the most popular reason people use VPNs is to bypass geoblocks. In fact, 56% of VPN users utilize their VPN to access Netflix.

Streaming services tend to only allow users in certain countries to access specific content. This has to do with complex licensing deals made by studios and streaming services.

For example, if you’re not in the United States, HBO Max is off limits to you. And Netflix has different content depending on where you’re accessing it from. 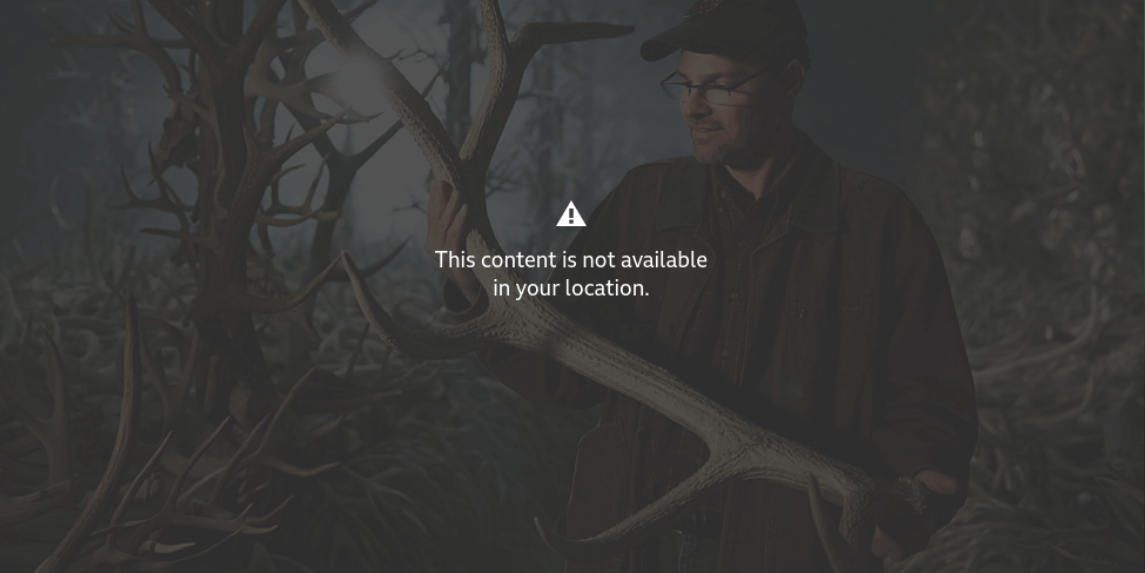 With a VPN, you can make it appear as though you’re in any country you wish. This gives you access to an unlimited amount of content through streaming platforms worldwide.

But not all VPNs will be useful in this regard. Some struggle to unblock streaming services, as the platforms themselves take measures to try and block VPN connections. However, some premium services, like ExpressVPN, are able to bypass geoblocks with ease.

7. Get past your ISP limiting bandwidth

There are many reasons your internet service provider may limit your bandwidth (also known as throttling).

An ISP may practice bandwidth throttling to profit under the guise of creating a positive experience for everyone. In actuality, many ISPs will throttle your speeds when doing things like video streaming and downloading large files.

But a VPN client can encrypt your traffic. Even your ISP won’t be able to monitor your online activity, so you can torrent without worrying about any actions being taken against you.

1. How do you get a VPN, and which one should you choose?

There are hundreds of VPNs on the market, but some are better than others. And before you try a free VPN, just know that most of them will slow your speeds and do a poor job at keeping you secure.

Getting a VPN is as easy as visiting the VPN provider’s website, subscribing, and installing it on your computer. Most make it as easy as possible to set up.

When choosing your VPN, you need to consider what you want to use it for. But any of the VPNs in our best VPNs list will get the job done.

Not everyone will need a VPN on every device they own, but having the option to install a VPN on your mobile devices, at the very least, is recommended. That’s why we recommend VPNs that have native mobile apps.

Installing a VPN on your gaming consoles and smart TVs will open up more streaming options for you.

Keep in mind that if your device connects to the Internet, there is always some risk of a cyber attack. With that in mind, a VPN could be used on every device as an added security measure. Some VPNs will connect to specific routers. With one of those services in place, you would have protection on every device connected to that Wi-Fi network. 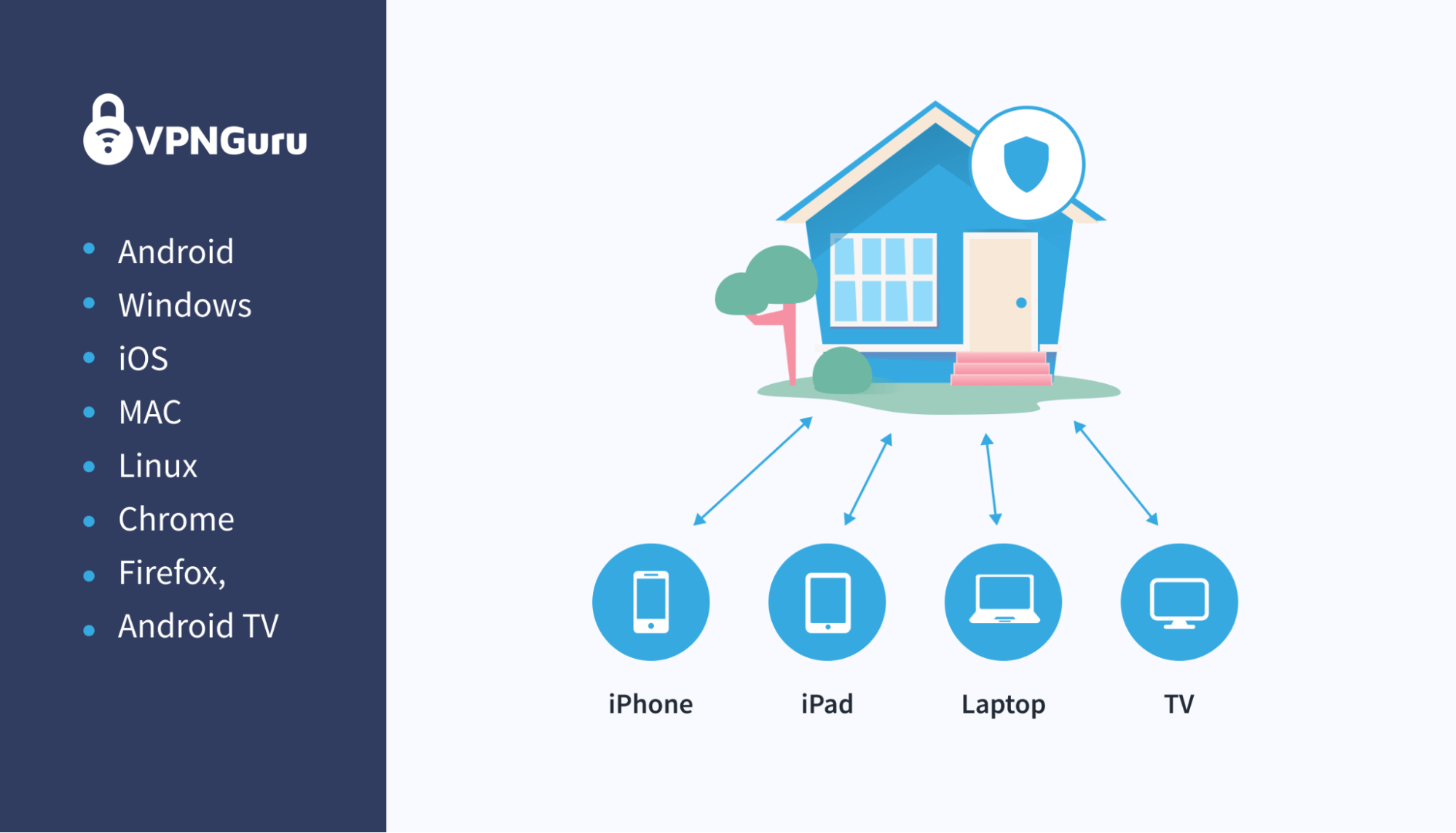 3. How can you tell if a VPN is working?

The main test you can do to determine whether your VPN is working is a DNS leak test.

When you use a VPN, all of your traffic is routed through the VPN’s DNS servers. All of your Internet traffic should go through an encrypted VPN tunnel, keeping everything secure.

If there’s a DNS leak, your IP address will be exposed to the world. It’s as if you aren’t using a VPN at all, as everything is still routed through your ISPs DNS servers. 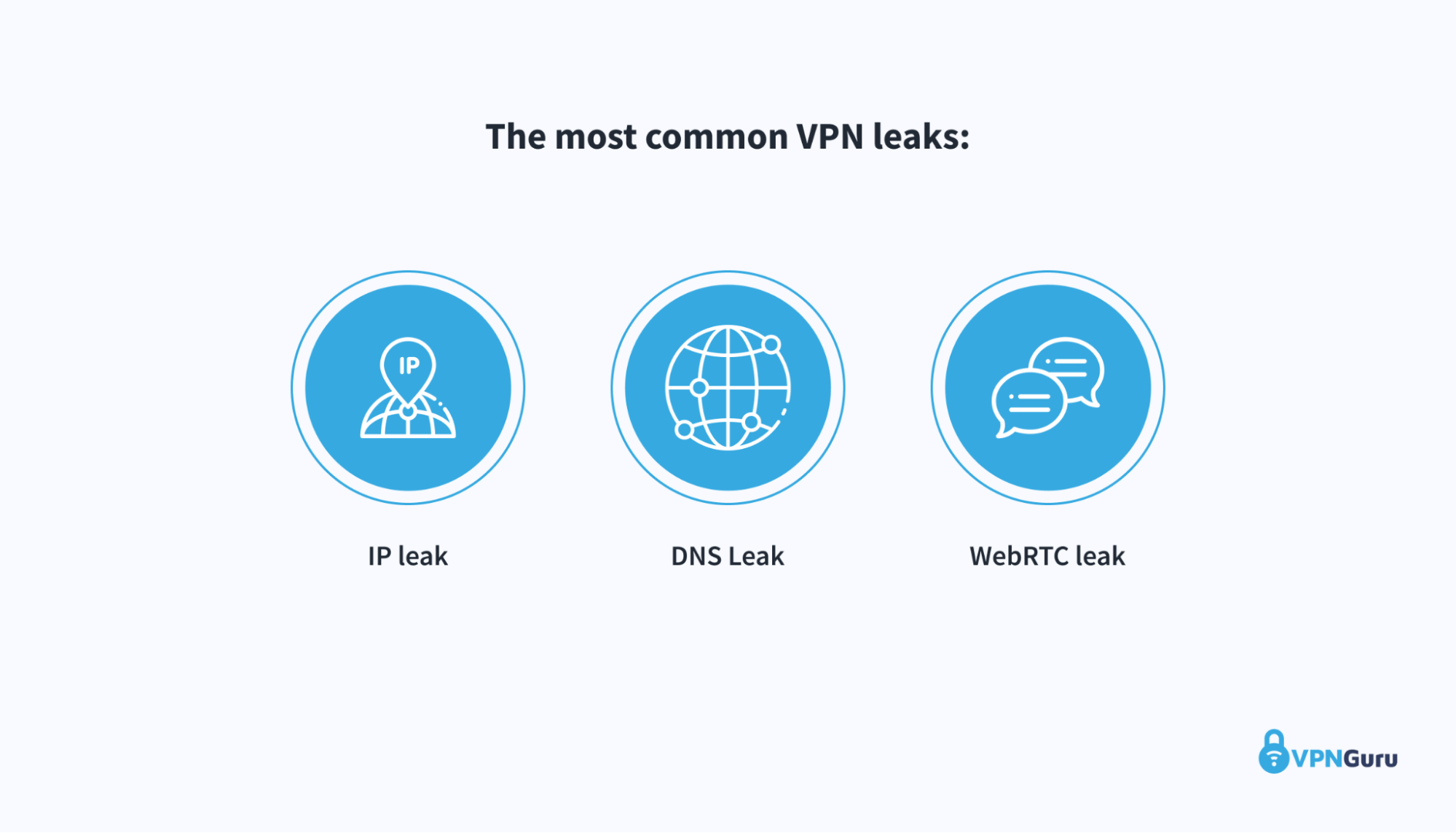 Your private Wi-Fi network is quite secure, but there are always opportunities for cyber snoops to access your data.

Using a VPN at home has many advantages. It can give you access to more streaming options and potentially speed up your Internet connection. In addition, it can keep you secure when browsing the Internet, where there are always shady characters looking for ways to exploit vulnerabilities in your network.

If you torrent at home, you’ll definitely want to use a VPN at all times. Torrenting unprotected can expose your IP address to the world and open you up to cyber-attacks.

Choosing the best VPN for you

By now, you should understand what a VPN is and the benefits associated with it. Almost everyone could benefit from using a VPN in some way, whether you’re a serial streamer wanting to watch new shows or a frequent torrenter.

We recommend you try a VPN if you’re frequently using public networks, as they are vulnerable to cyber threats. This is doubly true if you’re accessing online banking platforms in public.

There are many VPNs on the market, and we’ve reviewed many of the top options. Check out our VPN reviews for more information.

When should I use a VPN?