Home > Blog > How to Unblock Omegle with a VPN

How to Unblock Omegle with a VPN

Blocked from Omegle? Whether you’re banned or being blocked by your school or work, the right tools can help you get back to the chat.

While there are many ways to unblock Omegle depending on your situation, most of them involve switching networks or waiting out a long ban period. With a virtual private network (VPN), you can instantly unblock Omegle and avoid future bans and blocks. Not all VPNs are equal, however.

So what VPNs unblock Omegle? Read on to learn more about why Omegle might be blocked, how a VPN can help, and how to find the best Omegle VPN for the job.

In a Hurry? Here’s How to Get Unbanned from Omegle

Follow these simple steps to get around any ban imposed by Omegle using a VPN:

Get 49% off ExpressVPN Today.

Why is Omegle Blocked? 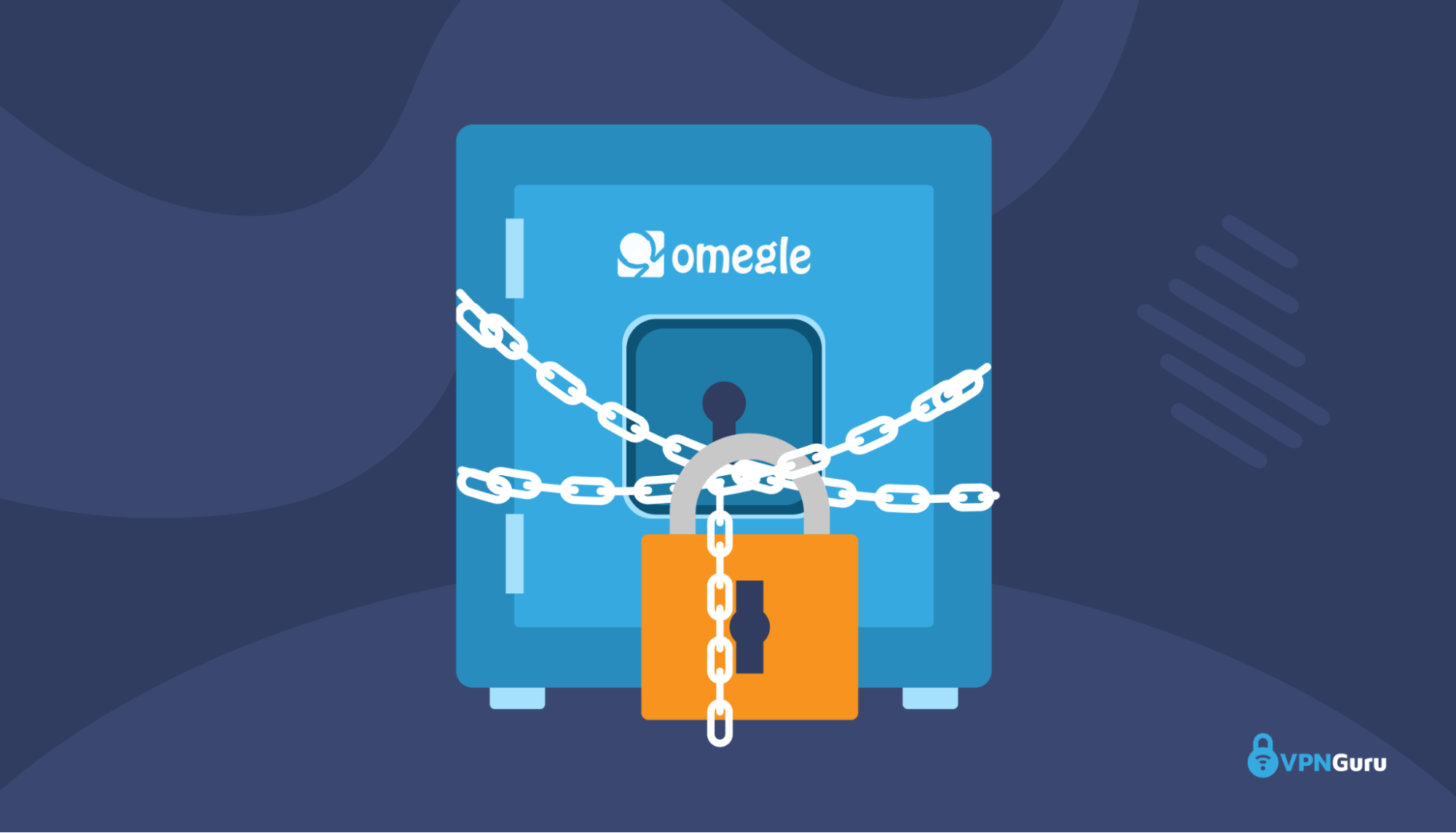 Launched in 2009, Omegle has grown to be one of the most popular chat rooms on the Internet.

Unlike normal chat rooms, Omegle randomly pairs two of its thousands of active users to video chat. As you might imagine, the results range from entertaining to unexpected — to say the least.

You’ve been banned by Omegle

Omegle bans are so common that they’re almost inevitable. If you use Omegle for long enough, chances are you’ll probably get banned.

And while bans aren’t always fair, you can avoid them and even bypass them (as we’ll see later) by understanding some of their most common causes.

Omegle is blocked by your school or work

If you aren’t banned but still can’t access Omegle, then your school, work, or home network probably blocks it. In this case, it’s almost impossible to get around without changing your IP address — something a VPN can do for you.

How long is a ban on Omegle?

Omegle bans can last anywhere from a few days to a few weeks, depending on the severity of the offense. Typically, offenses such as too many dropped chats will only last a few days, while a terms of service violation or a serious offense reported by a user can last upwards of a month, if not longer.

No matter the severity or length of the ban, you can easily bypass it by using a VPN and registering a new account.

How a VPN Can Unblock Omegle 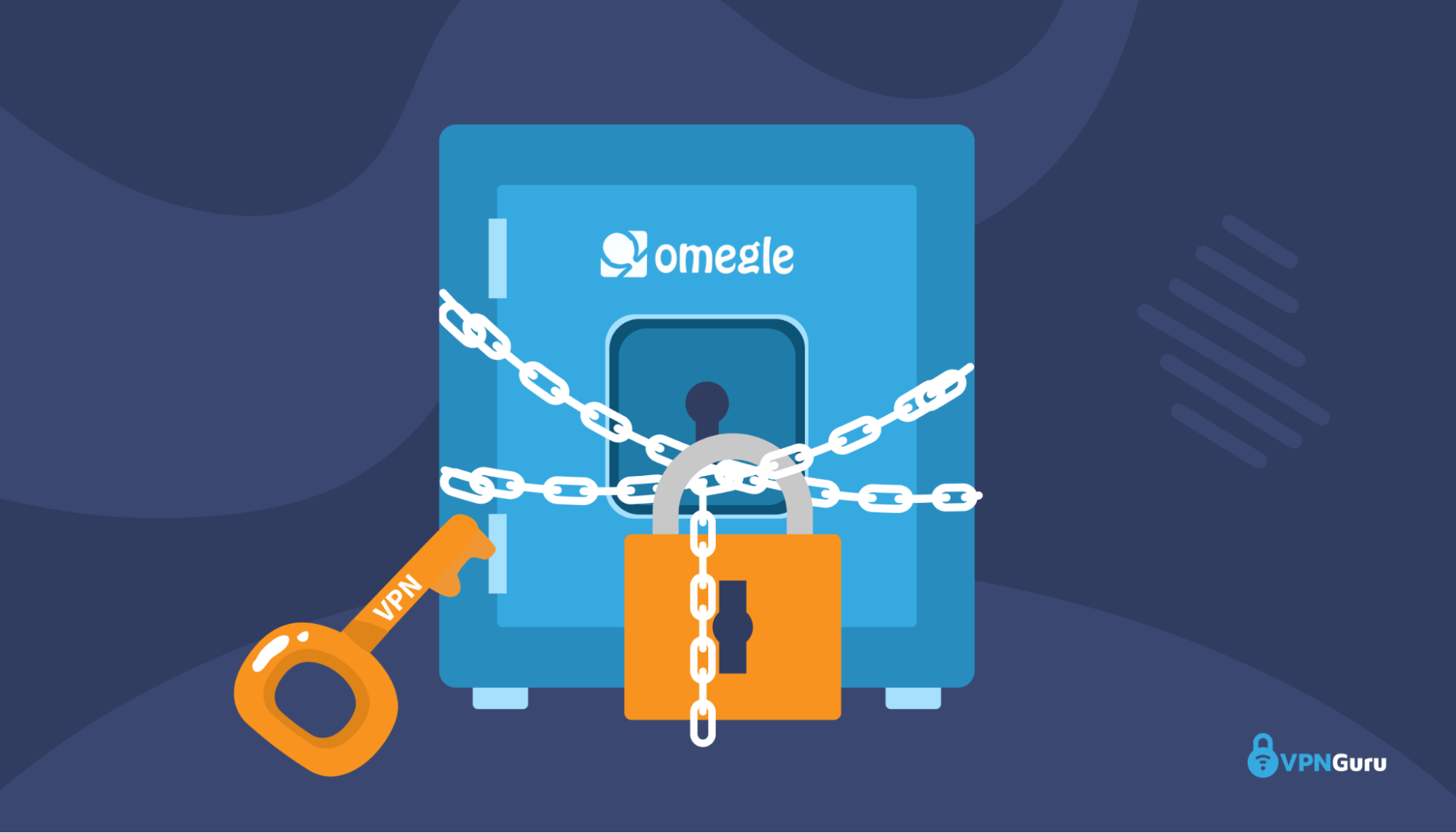 Whether you’re blocked or banned, you’ll need to change your IP address and assume a new “Internet identity” to regain access to the Omegle chat.

This is when a VPN can help you resolve blocks and bans related to these IP Address issues with a click of a button. At the same time, they can also unblock content such as geo-restricted streaming services and other websites, all the while securing your privacy and security. Read on to learn how VPNs work their magic.

But what does all of this IP stuff have to do with blocks and Omegle?

When you’re banned, Omegle issues the ban to your IP address, which could cause other users on your network to lose access as well.

Blocks work similarly, though they have almost nothing to do with Omegle itself. When your school, work, or home network blocks Omegle, it’s simply preventing Omegle from accessing your IP address. As a result, unless you access Omegle using a different network connection (read: IP address), you’re out of luck.

With the best VPNs offering thousands of servers scattered across the world, it’s possible to unblock almost anything with the right VPN provider. As a result, a VPN is all you need to surpass Omegle’s IP-based bans and unblock other content or websites in foreign countries

Does a VPN Work with Omegle?

Most VPNs should work with Omegle as long as Omegle doesn’t ban the VPN server’s IP address.

Since many people use VPNs to bypass Omegle bans and other content restrictions, however, it’s possible that many VPN servers are already banned. As a result, it’s crucial to choose a VPN provider with enough servers to make sure you’re given a “clean” IP address.

Ideally, your VPN should have at least several thousand servers spread across many countries— a trait common to all of the top VPNs we’ll explore in the next section. 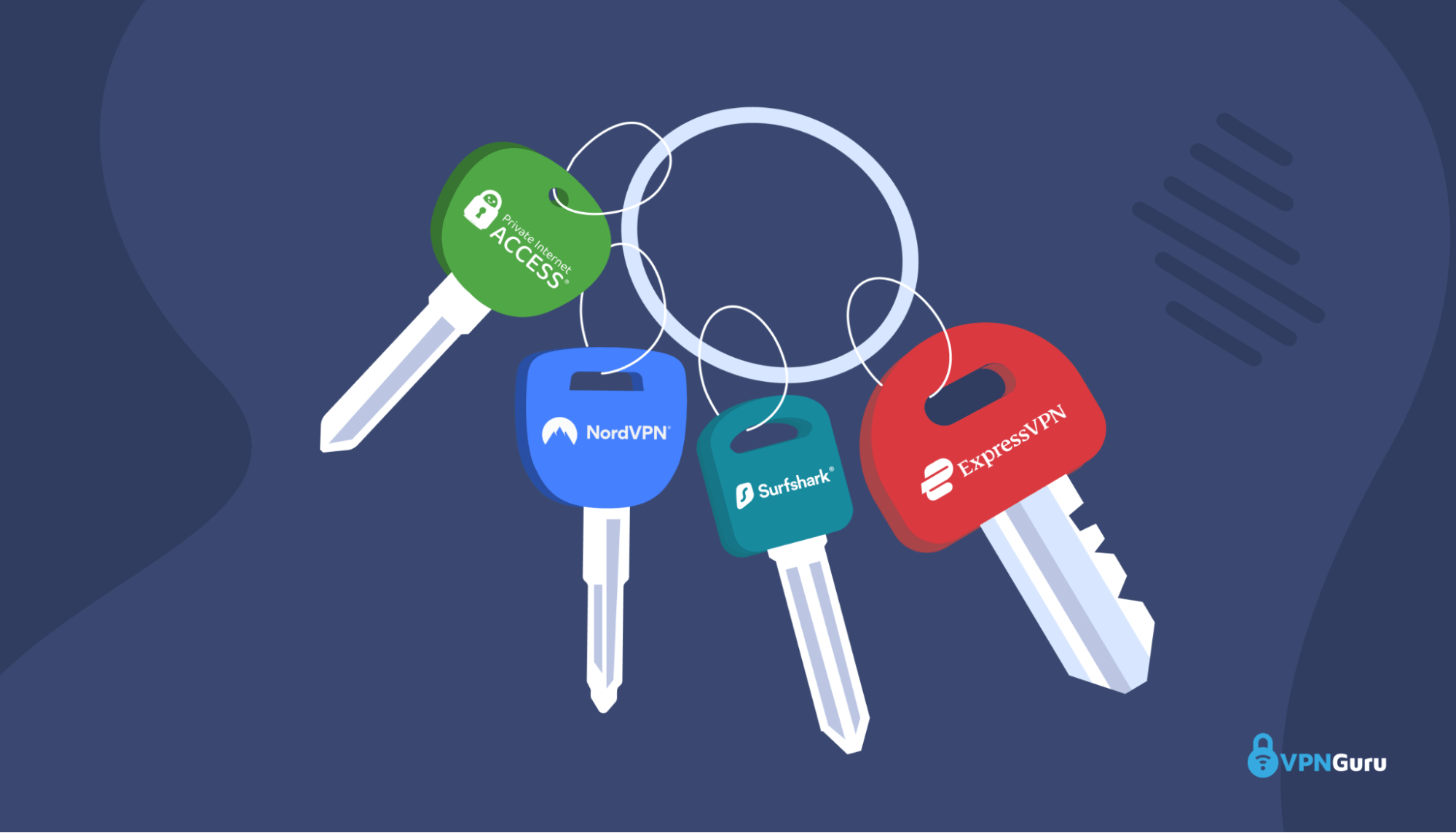 To stand the best chance of unblocking Omegle and other restricted websites, it’s important to choose a large server network with enough IPs to guarantee that you’ll always have access. Here are just a few of our favorite VPNs with famously high server counts and consistent reliability.

The most popular VPN in the world, ExpressVPN boasts an impressive 3,000+ servers spread across 90+ countries. With such a high server count spread across so many regions, you’re virtually guaranteed to find hundreds of VPN servers with access to Omegle.

Omegle access isn’t the only benefit of a premium VPN like ExpressVPN. With military-grade AES 256-bit encryption and a slew of security tools, it can also secure your data and safeguard your privacy.

Another great VPN, Surfshark offers a similar server network as ExpressVPN, with 3,200+ servers spread across 65 countries. Unlike most VPN providers, however, Surfshark offers its users unlimited simultaneous connections. As a result, whether your network has one or one hundred users, everyone can access Omegle and other content while using Surfshark VPN.

With 5,000+ servers in 60 different countries, NordVPN is another great choice for unblocking Omegle. While 5000+ servers is more than enough to unban Omegle, it’s also responsible for the speed and performance NordVPN has become famous for. As a result, it’s a great choice for Omegle users who really want to make sure their chats happen in real-time.

If server count is your only concern, then look no further than Private Internet Access. With a whopping 35,000 (yes, thirty-five thousand) servers spread across 84+ different server locations, you’ll have more than enough IPs to unblock Omegle and just about everything else.

Unblock Omegle and Secure Your Privacy with a VPN 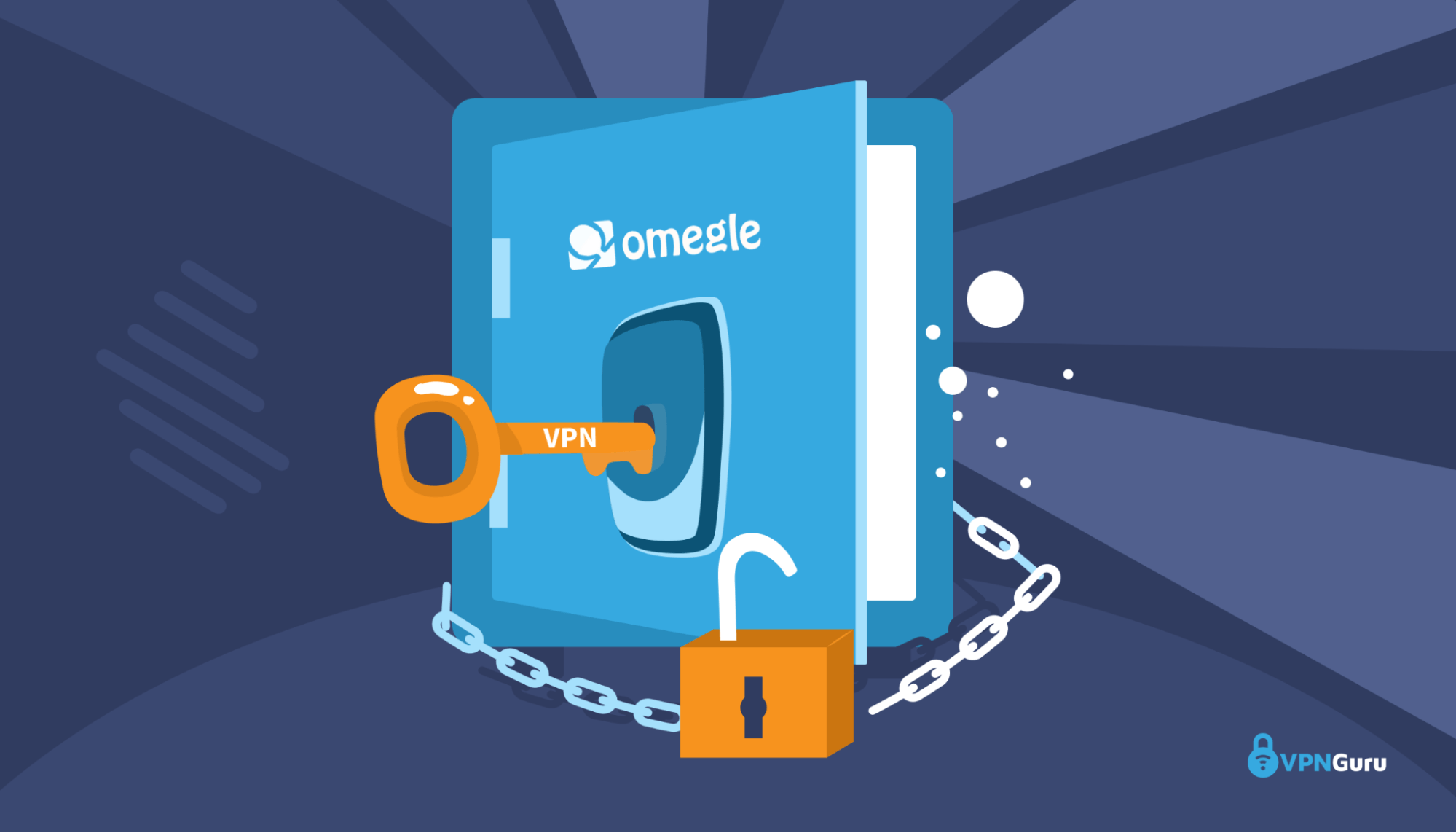 While VPNs are great tools for unblocking Omegle, they do so much more in the background. By encrypting your data and hiding your identity, a VPN service is the best way to secure your privacy while accessing your favorite content and services.

To learn more about the VPNs we’ve covered here and some other great alternatives, visit our VPN reviews page.

How to Unblock Omegle with a VPN