When you’re looking for a virtual private network (VPN) provider, you’ll hear two names over and over: ExpressVPN and Private Internet Access.

We often hear people describe these two titans as polar opposites. Private Internet Access VPN (or PIA) is the cheap option — hard-working but no-frills. ExpressVPN is the elite choice — more expensive but a lot more powerful.

But is any of that actually true?

Could ExpressVPN be more affordable than you think? Could PIA be as secure and sleek as its competitor?

For this review, we’ll compare ExpressVPN and Private Internet Access in seven distinct categories. In the end, we’ll help you choose which of these top VPNs is right for you.

Founded in 2009, ExpressVPN is a virtual private network based in the British Virgin Islands, a territory with a friendly attitude toward data privacy. It offers users access to a network of over 3,000 VPN servers in 94 countries.

ExpressVPN is one of the most popular VPN companies globally, regularly topping lists of the best VPN services. It’s also one of the most media-savvy, sponsoring a strong network of influencers.

Learn more about this service in our ExpressVPN review.

Private Internet Access VPN, often abbreviated to PIA or PIA VPN, was founded in 2010, just a year after ExpressVPN. Based in Colorado, it falls under the jurisdiction of the United States. PIA offers its users a network of servers spanning 84+ countries.

While it’s considered a budget VPN, Private Internet Access is a powerful VPN service in its own right.

How do these VPNs compare?

To see who comes out on top in the clash of ExpressVPN vs Private Internet Access, we’ll compare each service’s pricing, security, privacy, VPN connection speed, server network, streaming performance, and customer service.

Our goal with this VPN comparison isn’t to pick a winner. Both of these VPNs have a lot to offer. We hope to give you all the information you need to make an informed choice between the two.

Both ExpressVPN and PIA VPN offer three pricing options, each of which comes with a complete set of features. The longer you subscribe, the more you save per month.

Private Internet Access costs $11.99 per month, discounted to $7.50 per month for 6 months at a time, and $2.19 per month for two years plus additional 2 months for FREE. No matter how long you subscribe for, it’s a lot cheaper than ExpressVPN.

Neither VPN service offers a free trial, but both will refund you up to 30 days after purchase with no questions asked.

A VPN is only as secure as the protocols it offers. VPNs use protocols to mediate between their users and servers across the internet while keeping your IP address and communications confidential.

OpenVPN, an open-source VPN protocol, has long been the gold standard for VPN security. IKEv2 is usually the fastest protocol and is better for mobile connections, which drop and reconnect more often.

Many VPNs have recently begun developing their own in-house protocols. They’re usually based on WireGuard, a slimmed-down re-implementation of OpenVPN. 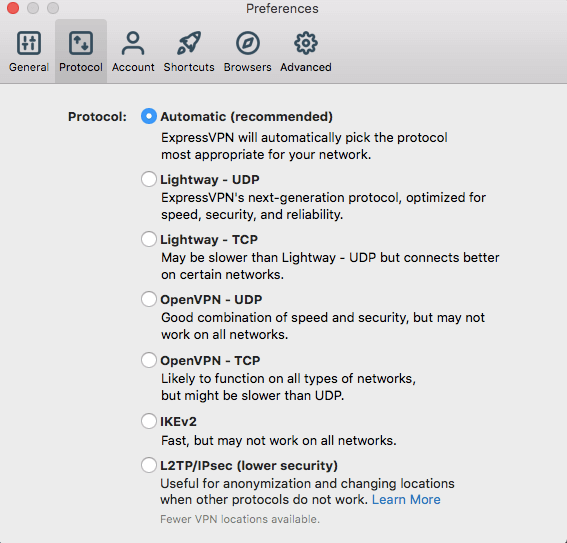 ExpressVPN supports seven protocols, which include:

L2TP/IPsec is no longer considered optimally secure. You should only use it when every other protocol has failed.

We were concerned about Lightway when it was still proprietary, but ExpressVPN released the source code on Github earlier this year. It has been a high-performing protocol ever since its public launch, but we’re more comfortable recommending it now that it’s open-source. 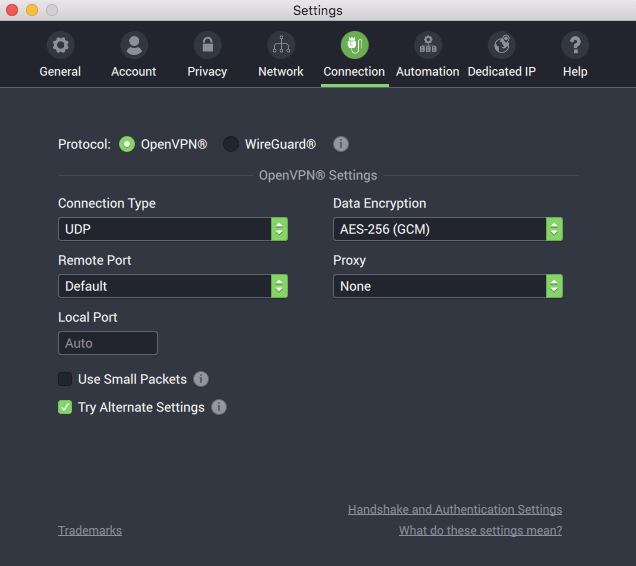 A smaller selection isn’t necessarily a bad thing since all three are fast and secure.

Both VPNs encrypt your traffic using the bank-grade AES-256 protocol. Though PIA also supports AES-128, we don’t suggest using it — it’s a lot of risk for a small bump in speed.

Since the operators of a VPN can see what you do while connected, you have to confirm that they’re committed to privacy. Neither ExpressVPN nor Private Internet Access has ever been caught turning over user data to any third party (and they’ve both been in business for over ten years). 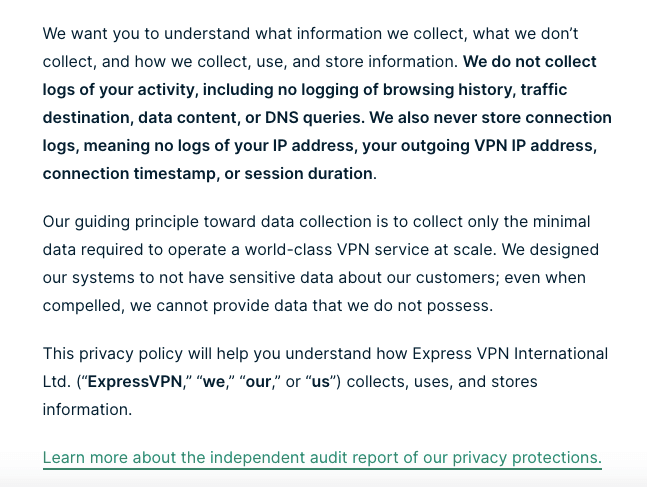 ExpressVPN’s privacy policy forbids them from keeping logs of user data. They see what servers users connect to and how much data they transfer but can never see what those users are doing.

PIA VPN doesn’t collect any personal data, except what they explicitly mention above. They can’t see anything you’re doing online.

While you should keep monitoring the news to see if your VPN has been selling data, we’d be extremely surprised if either of these services made the headlines.

Speed is the big trade-off you make when using a VPN. Because your connection has an extra stop to make, your download and upload speeds will decrease, and your latency will increase. But some VPNs drag you down a lot more than others.

Using speedtest.net, we tested ExpressVPN and PIA by comparing our unprotected speeds to the speeds we experienced when connected to a server location near our home base.

Without a VPN, our ping (the amount of time it takes a signal to get between our device and a server) was 18ms, the download speed was 38.27 megabytes per second (Mbps), and upload speed was 5.85 Mbps.

With ExpressVPN, we got the following speed test result:

Here’s the speed test result we got with Private Internet Access:

There was a larger increase in latency and a bigger decrease in download speed than with ExpressVPN. On their own, though, both numbers are still quite good. PIA VPN’s upload speeds exceeded what we got with ExpressVPN.

To put these numbers into perspective, experts recommend at least 5 Mbps of download speed for streaming video. Both VPNs smashed through that threshold.

Even better, they both offer split tunneling, so you can do some innocuous tasks without going through the VPN — lowering the speed footprint even more.

The larger a VPN’s server network, the more likely it is that you’ll have a server near you. The closer the server, the faster the VPN performs. 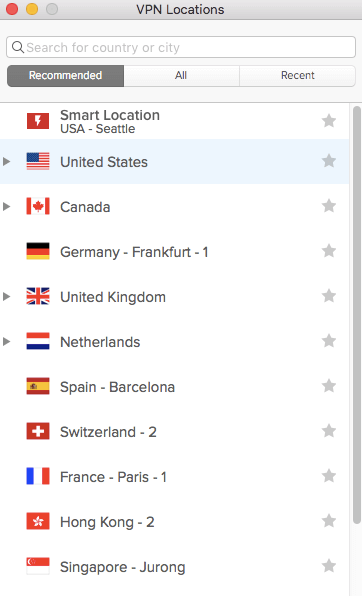 ExpressVPN has more than 3,000 servers in 94 countries worldwide. Not all of its servers are brick-and-mortar, but it’s honest about when you’re getting a virtual VPN server.

Private Internet Access has servers in 84+ countries (it’s not clear how many servers total). The network isn’t quite as broad as ExpressVPN’s, but it still reaches into several areas most VPNs ignore, like South America, Southwest Asia, and Eastern Europe.

We’ve seen that both PIA VPN and ExpressVPN have good enough speeds that you can easily stream video while connected. However, many streaming platforms block VPNs entirely since they can be used to watch content licensed in other countries.

We tested whether each VPN could access five leading streaming services: Netflix, Hulu, Amazon Prime Video, HBO Max, and Disney Plus. ExpressVPN got into all five on every VPN server, with the great video quality.

Private Internet Access also got into all five platforms, but not with every VPN server we tried. If you plan to watch TV through PIA VPN, you’ll need to shop around a bit more.

The human touch of customer support is one of the most important factors determining whether customers stick with a VPN. Both ExpressVPN and PIA take it seriously.

ExpressVPN lets you access several support options straight from the desktop VPN client. You can send an email to support or go right to the help page. ExpresVPN also has live chat support, which is a huge deal when you need to get in touch with someone right away.

It’s clearly organized and easy to search, with well-written articles.

Private Internet Access doesn’t link to its help page in the VPN app, but it’s easy to find on the PIA homepage. In addition to an extensive knowledge base, you can contact them through an embedded form.

There’s also a community forum where you can get answers from other real users (though you should do your due diligence). PIA also makes use of live chat support, which is really the holy grail of customer service. 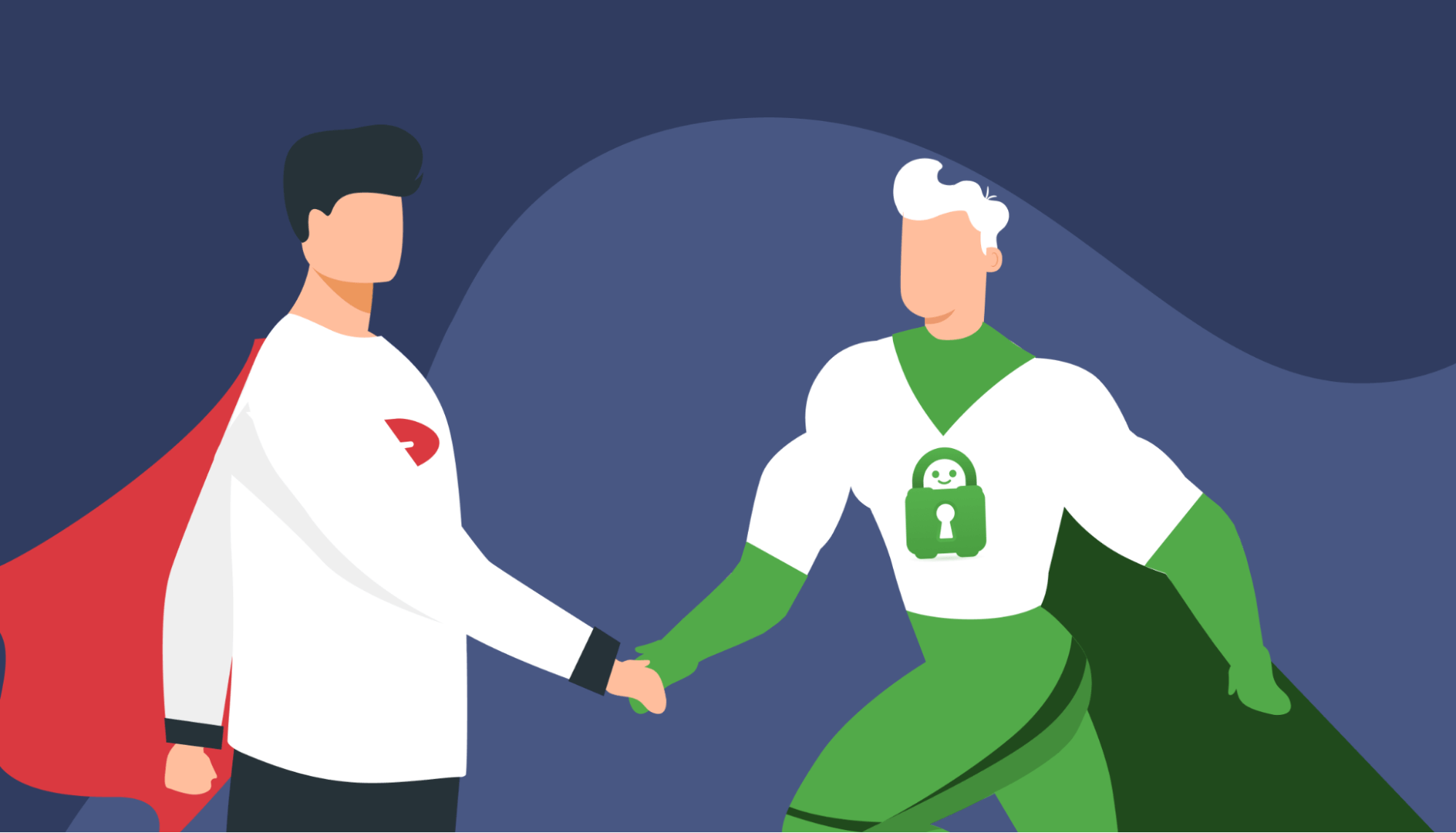 Like we said at the start, we’re not here to pick a winner. Both ExpressVPN and PIA VPN thrive in different situations.

Choose ExpressVPN if you want the fastest VPN service, if you plan to do a lot of streaming, or if you need a larger server network.

Choose Private Internet Access VPN if you want a more affordable VPN provider, if you want to use the WireGuard protocol, or if you want a community that will help you troubleshoot.

In our opinion, you can’t go wrong with either one. Check out ExpressVPN or Private Internet Access for a 30-day trial today.