Avast VPN vs ExpressVPN in 2021: Which should you choose?

Can’t make up your mind between Avast VPN and ExpressVPN? With all the technical jargon, it can be hard to understand the actual differences between VPN providers.

After all, what does “military-grade encryption,” “split tunneling,” or “kill switch” even mean?

In this article, we’ll break down Avast Secureline VPN vs ExpressVPN in plain English, highlight what each company does well, where they fall short, and which is superior in various categories.

We’ll also include our latest test results from 2021, showcasing which VPN (Virtual Private Network) is faster and more reliable.

Privacy: Do Avast or ExpressVPN keep any logs of your browsing activity?

Privacy is probably the number one priority of a prospective VPN user. Most of us are tired of having everything we do online spied on and recorded.

80% of U.S. internet users are concerned about privacy when using a computer.

We’ve got some good news for you: Both ExpressVPN and Avast VPN are what’s known as “no log” VPNs. Essentially, that means they don’t carry identifying records of your original IP address or which servers you access.

According to its privacy policy, Avast Secureline VPN does not collect or store any activity logs. That means the company doesn’t record the websites you visit or the apps you use.

Since the VPN connection is encrypted, you can browse or use your devices without getting spied on by your ISP or the government.

Avast VPN does, however, store some technical information like server load and connection timestamps (without identifying information). This is to automatically assign the best servers to users and figure out if there’s a need to invest in more infrastructure.

ExpressVPN has an even stricter policy. The company does not store any connection timestamps on top of keeping no activity logs. 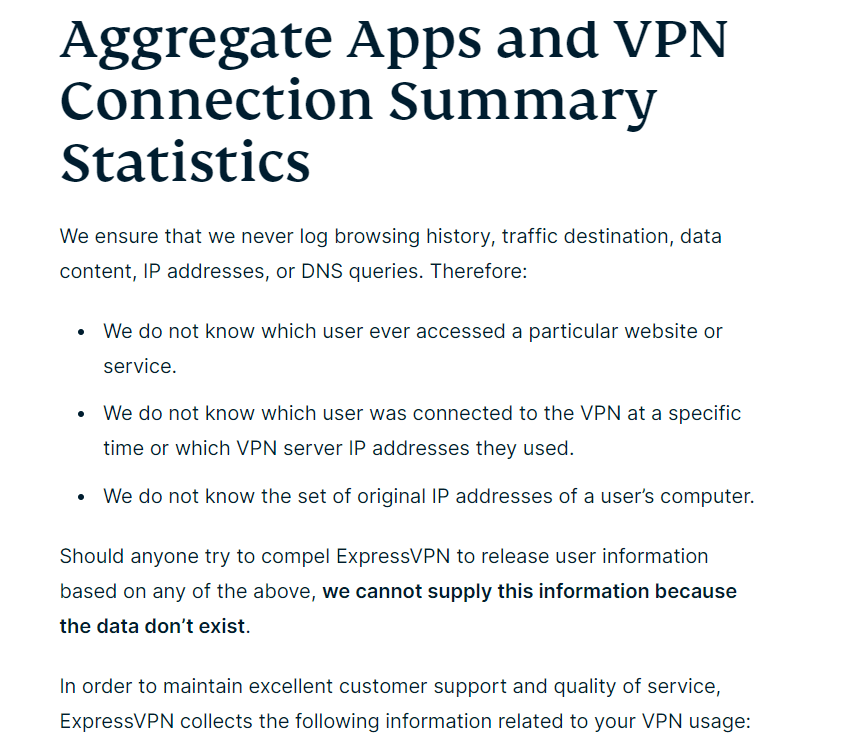 With ExpressVPN, your browsing history is safe from ISPs, potential hackers, and nosy governments.

But ExpressVPN takes the “no logs” policy a bit further, not even keeping data on when you connect or how much data you use.

Security: How secure are Avast VPN and ExpressVPN connections?

Are you worried about the safety of your data and personal information when surfing the internet?

With either of these VPNs, you no longer need to be. Both services use AES-256 (256-bit Advanced Encryption Standard) encryption to render all of your data unreachable for hackers. 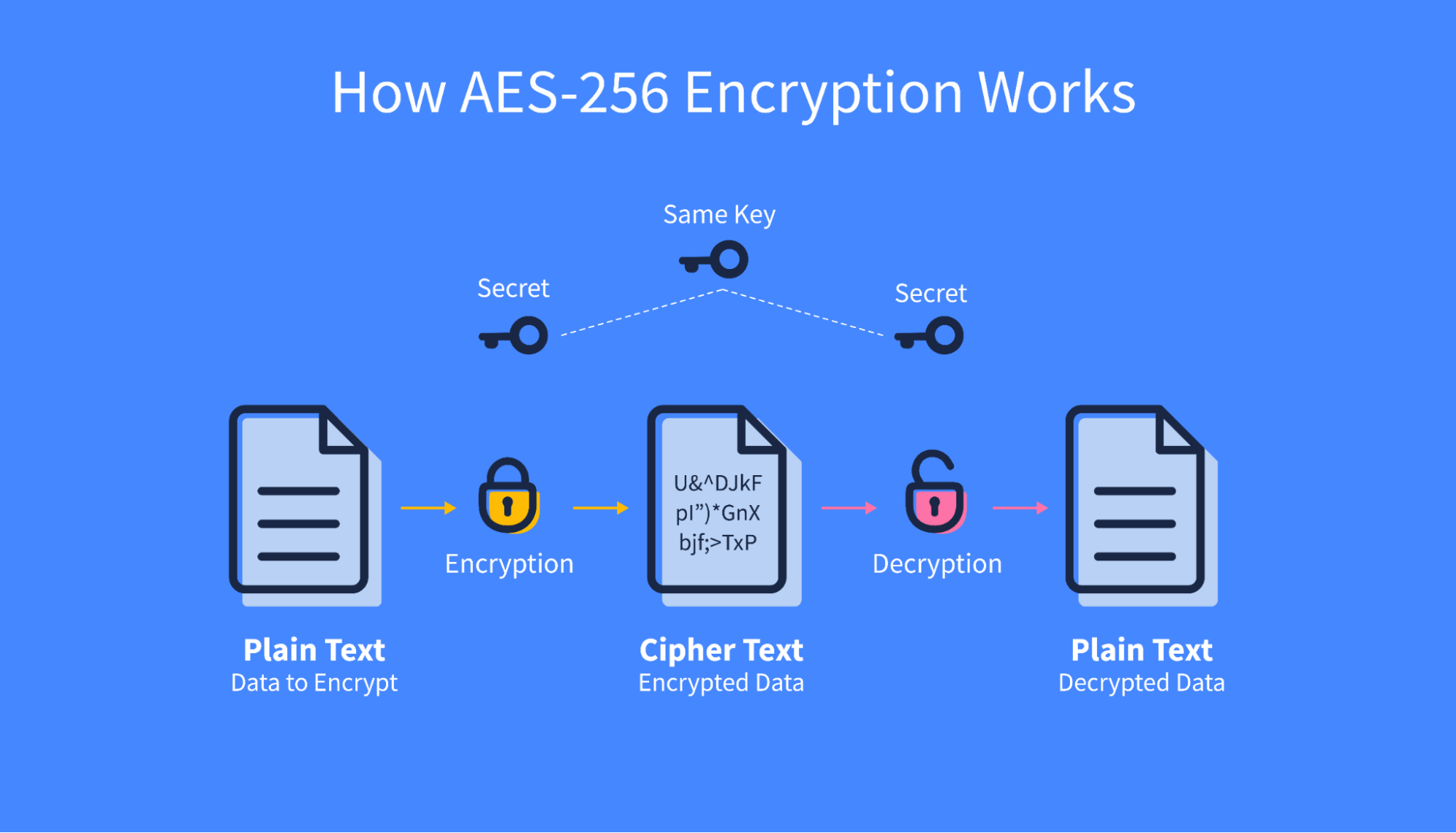 The 256 stands for the length of the secret key created for each connection. There are 2^256 possible combinations, which means that it’s virtually impossible to decrypt. (Remember, there are only six zeros in a million.)

Even with the best supercomputer that we can imagine (not currently have), it would take millions of years to brute force decrypt even a single key.

This is the same standard of encryption often referred to as “military-grade encryption” or “bank-grade” encryption.

It’s not specifically designed or created by the U.S. or other military agencies, but it’s adopted by many official government agencies, including the NSA and the military, as well as large international banks.

ExpressVPN uses this encryption for all internet traffic while you’re connected. Avast is originally an antivirus company, so it’s obviously dedicated to security and uses the same standard.

When it comes to security, there’s little difference between the two providers.

First, we tested ExpressVPN’s connection integrity by using a Dutch server. The test didn’t find our original IP in any of the queries.

With Avast, we tested one of the servers from the United Kingdom and had similar results. The only difference was the number of servers identified as part of the query.

What that means is that no website can use your IP address to track your location or identity. However, be aware that companies can use other technologies like browser “cookies” or “device fingerprinting” to track you.

So hiding your IP address alone isn’t going to stop something like targeted commercials based on your browsing history.

The main point here is that with no leaks, you successfully hide your browsing activity from your ISP and, by extension, the government.

But just because it hides your original IP address doesn’t mean it will help you access streaming sites from abroad.

One of the most common use cases for a VPN is to access the same content from your home country while abroad.

Because of copyright laws, many sites, including Netflix, Hulu, Amazon Prime, and BBC iPlayer, restrict access to content for some users.

Do Avast VPN and ExpressVPN unblock Netflix, BBC iPlayer, or other major sites?

In fact, Netflix has banned most of Avast VPN’s servers. If you try to access Netflix while connected to the VPN, you’ll likely see this error screen: 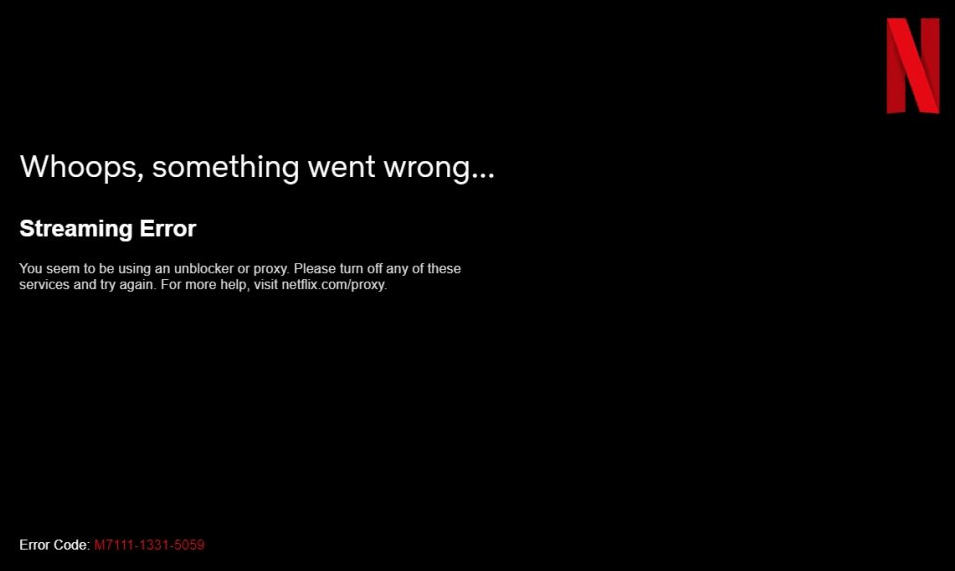 Or, instead of an error screen, you may simply see the catalog of the country you are currently in, regardless of whether the VPN has been turned on.

That’s because Avast has a limited number of servers, with “only” 700 in 34 different countries. It sounds like a lot, but when a VPN doesn’t change servers or IP addresses over time, it’s easy for a giant company like Netflix to actively block those addresses.

ExpressVPN, on the other hand, has 3,000+ servers in 94 countries. The company also takes active measures like rotating IP addresses to ensure that Netflix and other sites can’t block the servers.

Again, with BBC iPlayer, even with Avast VPN turned on and set to a UK server, it doesn’t let you access the content.

But if you’re a streaming addict, don’t worry. In our test, ExpressVPN successfully unblocked Netflix, Amazon Prime, and BBC iPlayer.

Note: If you’re accessing the site from a mobile device or tablet, the IP address isn’t the only consideration.

You should turn off sharing location data if you want to access your home country content catalog.

One of the most frequently asked questions we get is whether a particular VPN supports torrenting or not.

So let’s see if Avast VPN and ExpressVPN support torrenting.

First off, let’s start with ExpressVPN. Does ExpressVPN allow torrenting? The answer is a resounding yes.

Not only does ExpressVPN allow torrenting, it includes a number of in-depth guides on how to use it with popular torrent clients like uTorrent.

Avast doesn’t have any content mentioning torrenting or peer-to-peer sharing but only allows it on eight of its major servers.

In other minor server locations, the company blocks P2P traffic to keep the server load down. In the online user forums, there are several posts mentioning issues with setting it up for torrenting because of this reason.

Speed and performance: Which is faster, Avast VPN or ExpressVPN?

Of course, another big concern for users of a VPN is the speed. Is it fast enough for you to do your usual activities without issue?

Will you be able to stream video in HD without experiencing lag or buffering?

Let’s start by taking a look at ExpressVPN.

The results blew us away. The download speed barely dropped at all, staying above 60 Mbps. While the upload speed did take a hit, it was still at a very respectable 17.6.

Not to mention, the ping was stable at 26 milliseconds. (In simple terms, ping is the time it takes to communicate with the server.)

Can Avast match up with these exceptional numbers? Let’s take a look.

Again, with Avast, we have the same base download and upload speeds. But with the VPN engaged, we got the following results:

While the download speed wasn’t quite as fast, the ping was comparable, and the upload speed was, in fact, faster than we experienced with ExpressVPN.

However, the speed seems to fluctuate more throughout the day. During busy hours, crowded servers can lead to an unsatisfying browsing experience.

Finally, it’s time to take a look at the actual features offered by each VPN service. With functionality, who comes out on top, Avast or ExpressVPN? 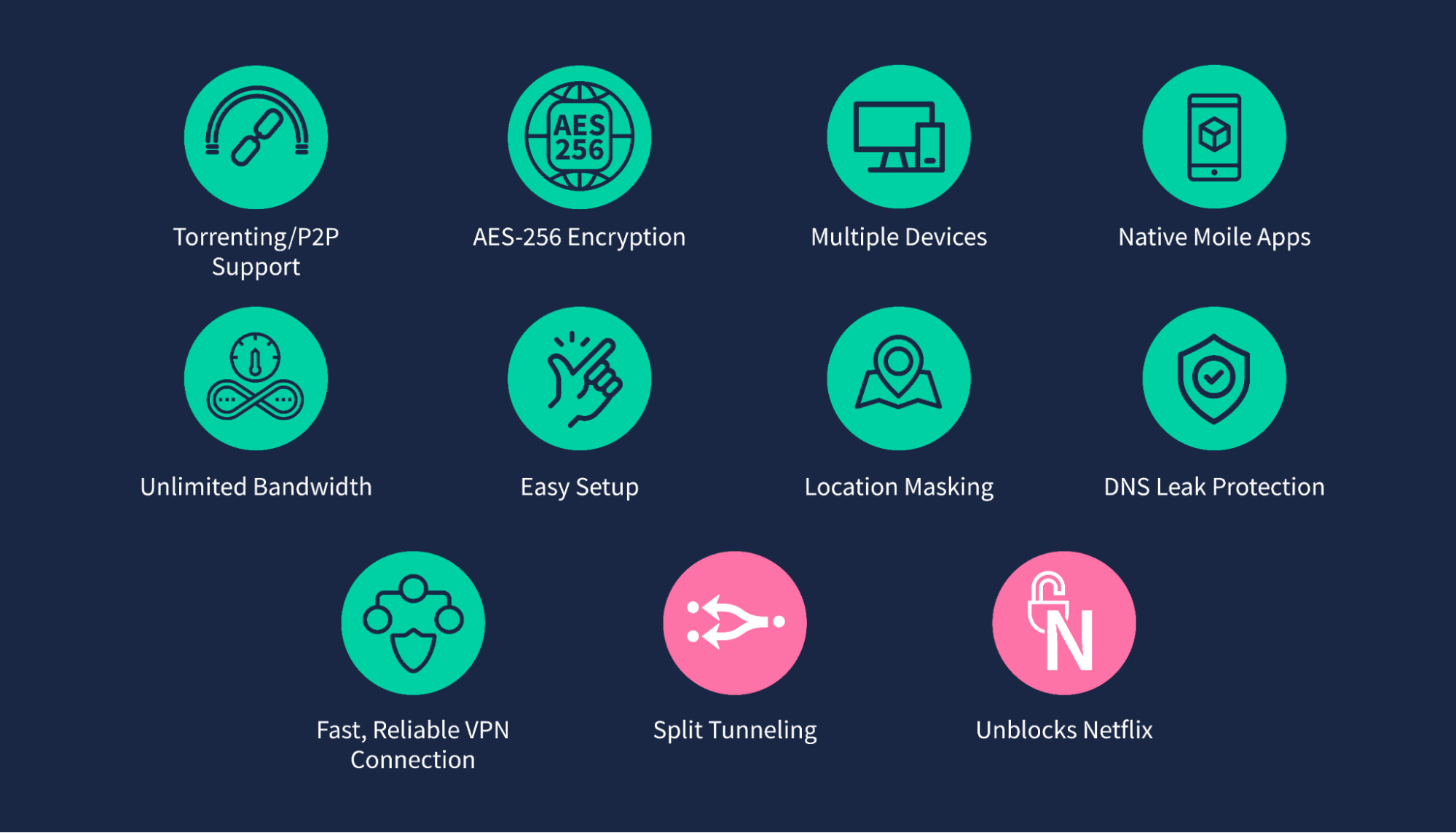 Summed up in a basic feature list, we can see that ExpressVPN lives up to its status as a market leader.

While both Avast Secureline VPN and ExpressVPN offer a great VPN experience, it’s not quite equal.

Avast doesn’t offer split tunneling (the ability to choose specific programs or apps to use the VPN for, like a torrent client) and struggles to unblock streaming sites.

The technology behind the VPN providers’ encryption is the same, but ExpressVPN offers more reliable servers in more locations.

So for features, at least, ExpressVPN is the clear winner. For a more in-depth dive into the features, read our ExpressVPN Review and Avast VPN review.

What about pricing? How much does each VPN provider cost? Let’s start with the numbers from ExpressVPN.

The monthly plan starts at $12.95 per month, which is a decently sized chunk of change for a VPN service.

Luckily, you can bring this monthly cost down by subscribing to a 15-month plan, which averages out to $6.67 per month.

In terms of wallet impact, Avast Secureline VPN has the edge over ExpressVPN. The monthly plan costs just $8.99 per month. 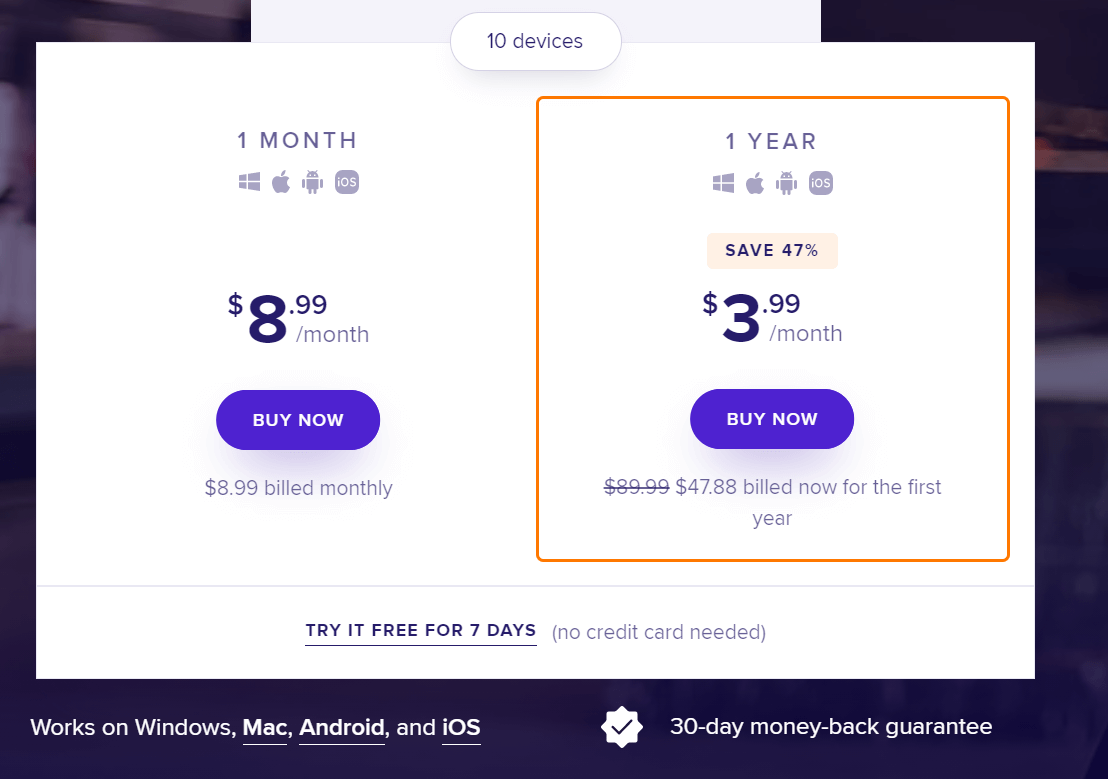 Avast VPN vs ExpressVPN: Which is the best option in 2021?

After considering speed, reliability, features, privacy, security, and unblocking geo-restricted content, we believe that ExpressVPN is the better choice by a small margin.

Avast holds its own in terms of privacy and security, not to mention an attractive price point and a free trial.

But Avast struggles to consistently unblock Netflix and other main sites, offers fewer countries and server locations, and comes up short in features by not supporting split tunneling (choosing specific apps to run the VPN for). Of course, if you’re not looking for those specific features or trying to unblock Netflix, it can still be a quality service that will serve you well.

Avast has two advantages over ExpressVPN:

For a faster, more reliable VPN that can help you unblock geo-restricted content, ExpressVPN is the best choice for our money.

In fact, in our book, it’s the number one VPN company in 2021 in terms of speed, reliability, features, and ease of use.

Hopefully, this VPN comparison helped you make your decision. If you have any further questions, you can read our individual reviews of the best VPN services out there.

Avast VPN vs ExpressVPN in 2021: Which should you choose?